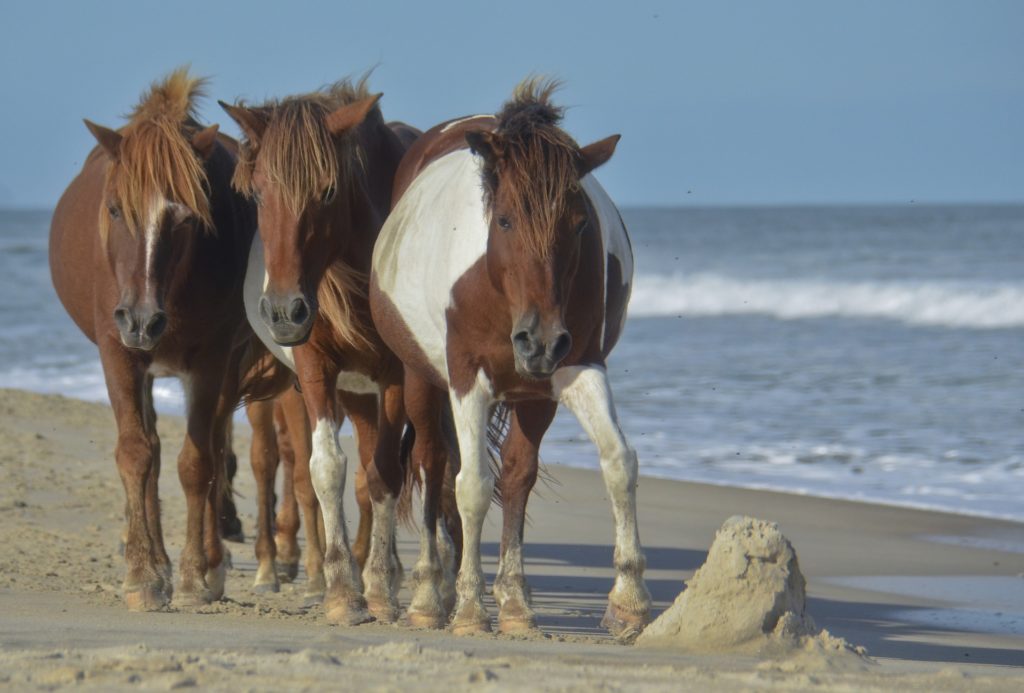 New York City, Chicago, Las Vegas, Orlando — these are some of the most notable American destinations at the top of tourists’ bucket lists. As large as the USA is, however, a lot of the most interesting places in the country often get overlooked. Wind-carved canyons housing wildlife of all sorts, mystic deserts and roads cutting through red rock as far as the eye can see, and jagged coastlines that push onto shiny pebble shores — it’s all waiting for those hoping to dig deeper into all that the USA has to offer.

Glacier National Park is the prized jewel of one of the most beautiful states in the continental United States. But the state’s Bitterroot Valley, which is only a few hours’ drive from Glacier, is a lesser-recognized gem of Montana that deserves every bit of an adventure-lover’s attention. In the winter, you can delight in days spent skiing or dog sledding, then relax over a pint from a local brewery. Unwind in the summer by trying your hand at fishing or rock climbing.

South Dakota is lumped in with what are referred to as “flyover states”, but this is a mistake. Western South Dakota is home to the Black Hills, where the rolling landscape is swathed in pine trees, but the more dramatic scenery is found in Badlands National Park. Visitors to South Dakota might think they’re on Mars as they drive through the Badlands. Wildlife enthusiasts might get lucky and spot the many bighorn sheep, antelope, and bison that call the area home.

Jackson Hole is a relatively small ski town in a beautiful alpine forest valley with snow-capped mountain views of the Grand Tetons and Yellowstone set as its backdrop. Jackson is actually the name of the town set in Jackson Hole, which refers more specifically to the valley in which it’s located. Like something out of a Western-style fairytale, complete with horse-drawn carriage rides and soaks in natural hot springs, Jackson is a hotbed for outdoor adventures that include cycling, hiking, and whitewater rafting.

Wise people say that “it’s not about the destination, it’s about the journey”, and Oregon’s Samuel H Boardman State Scenic Corridor stands as the consummate example. The state’s foggy coastlines are ethereal. In the middle of a global health crisis, not much sounds better than secluded beaches, ocean viewpoints, and natural rock arches. Locals can be found fishing along the shore, but the journey along the corridor is, in and of itself, what Pacific Northwest dreams are made of.

A trip to the Southeastern United States might have you visiting the likes of historical Charleston in South Carolina or the buzzing metropolis of Atlanta down in Georgia. But it would be a mistake not to head to North Carolina where there is a city made of music, art, and delicious craft beer breweries: Asheville. There is lots of open space and outdoor joy to be found in Asheville.

Have you ever heard of a vortex? No, not something from a Sci-Fi film. Vortexes are natural spots believed to be alive with powerful energy and Sedona is filled with them. As a bonus for visitors, Red Rock Scenic Byway passes through Sedona and is a must-see for road trippers.

You’re not alone in associating Wisconsin with the Green Bay Packers and cheese. Most people don’t directly connect the state with nature escapes, but the Apostle Islands on Lake Superior are proof that it offers outdoor enthusiasts something to get excited about, especially in the summer. While the main town is small, there is still plenty to fill a couple of days on the islands, like taking a boat tour or going bird watching for bald eagles.

Did you know that there are Virginia beach islands where wild ponies roam free? Better still, you can camp along the 37 miles of sandy coastline along the island and completely escape reality. There are bike paths and hiking trails around the island, kayaking rentals, and crabbing experiences with guides who promote social distancing.

Whether you are looking to hit the ski slopes or dwell in the high desert, Albuquerque’s rich Indigenous history and art make it the town you might not know you need on your bucket list. Albuquerque gets 310 days of sunshine every year, so bad weather is rarely a worry when you’re planning a trip here. But the coolest thing about this New Mexico town? It’s the hot air ballooning capital of the world. The only time you need to worry about crowds is actually in October during the International Hot Air Balloon Festival, which draws an international audience.

Roadtrippers can get to Orcas Island in a cool three hours, driving north from Seattle towards the Canadian border and then taking the ferry across the water. On the island, roads curve through dense forest, past famous artists’ studios hidden in the hills. If kayaking, whale-watching, or horseback riding sound like an ideal way to spend a vacation, Orcas Island might be the perfect West Coast getaway you never knew you needed.

The USA has so much more to offer than its well-known metropolitan areas. Los Angeles and Seattle in USA are great but there has never been a better time to get off-the-beaten-path and into the outdoors, away from large groups of people in USA.

1 thought on “10 underrated destinations to explore in the USA”