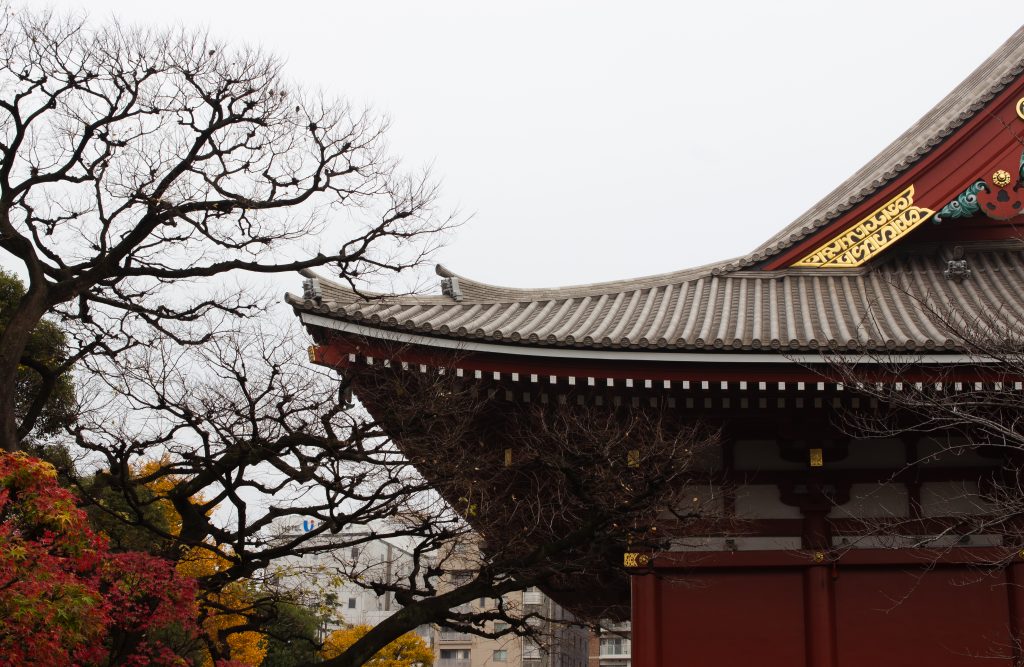 Everything appeared as expected while boarding the train into Tokyo, from the tidy train station and orderly ticket booth cues to the clasped hands of prim passengers patiently awaiting the train. As I boarded and claimed a seat by the window, I felt suddenly overwhelmed — I had 36 hours to explore Tokyo and had arrived without a plan!

I had flown between Manila, my birthplace, and Vancouver, the home my family chose, countless times but never set foot beyond Narita Airport. Needless to say, a flight into Tokyo felt long overdue — even if it was only an extended layover. Last December, I was returning to Canada from a two-year journey spanning a dozen countries. My last stop was meant to be a four-hour layover in Tokyo but that simply wouldn’t do. I extended the layover to 36 hours, enough time to get out of the airport but still make it home for Christmas dinner.

What happens now? In the whirlwind of exploring the Philippines and catching up with family, I hadn’t done any research for my Tokyo layover.

After storing my luggage at the arrival terminal and buying a SIM card, it struck me. What happens now? In the whirlwind of exploring the Philippines and catching up with family, I hadn’t done any research for my Tokyo layover. I hadn’t even booked accommodations. I stopped at the airport information desk and sought help: “I have a 36-hour layover in Tokyo and no plan! Can you please suggest a place to start?” I must have seemed insane but the info desk attendant’s lipsticked smile boosted my confidence. She handed me a map and circled Asakusa. She must have known that even though I lacked a plan and was short on time, I would somehow find my way.

I disembarked at Asakusa and a stream of moving traffic swept me away to a teeming intersection framed by Kanji signs. My time in Tokyo was quickly dwindling. I raced in the general direction of the Sensō-ji Buddhist Temple and stumbled upon the Asakusa Culture Tourist Information Center. I walked in searching for a washroom and as luck would have it, I walked out minutes later as part of a free temple walking tour group!

We trailed our tour group leader through the streets of Asakusa, past bustling storefronts and market stalls. She imparted bits of history and culture and introduced us to O-mikuji: fortunes scrawled on strips of paper and often found at Buddhist temples and Shinto shrines. Meaning “sacred lot”, these fortunes are received in exchange for a small offering. Each of us in the tour group deposited small coins in the offering box then pulled a small stick out of a bundle. Engraved on the stick was a symbol corresponding with one of the many drawers before us. Inside, I found my fortune, “No. 13 Best Fortune: Just like flowers bloom on old branches, something happy will come,” it said. I pocketed my good fortune and learned how to cleanse myself with smoke and water before entering the temple. I was grateful for a deeper understanding of these rituals; they made me feel a more genuine part of the temple’s daily ebb and flow.

By the time the tour of Senso-Ji Temple and Asakusa Shrine (Tokyo’s oldest) was over, my tummy was rumbling for ramen. As luck would have it, I was close to the popular Yoroiya Ramen joint and there was room for one more at the bar. I chose from the English menu and within just a few minutes, I was slurping up a bowl of Tokyo-style shoyu ramen — dark and salty meat-and-fish broth with slices of charshu pork and bamboo shoots on curly noodles —with a side of gyoza to boot.

It had been a while since I’d dined alone but felt at home inside the cozy bar, surrounded by other solo ramen seekers. Relishing each bite, I started to feel more relaxed. I realized how foolish I’d been to think I could hit the ground running and see it all. I accepted that I would only scratch the surface, and that was perfectly alright. I stepped out of the ramen bar and wandered at a slower pace, feeling open to whatever would or would not transpire on my already-dwindling layover.

I found myself wandering the alleys of Harajuku, ducking in and out of shops and craning my neck at locals dressed in everything from cosplay and Kawaii to Gothic Lolita. Of all the wild and fun clothing I browsed, I was drawn to a second-hand kimono shop and found ‘the one’ to fill the empty void in my day pack.

Satisfied with my afternoon in Harajuku, I set off towards the Meiji Jingu Shrine, dedicated to (and named for) the first emperor of modern Japan. As I reached one of the gates leading into the serene park and shrine, I was disappointed to learn that it was closing precisely as I arrived. I turned around and made my way to the Kawaii Monster Cafe for a truly Tokyo experience, but that too was closed. Perhaps I wasn’t as lucky as my O-mikuji promised.

A glowing sign that read ‘Time is On’ reminded me of the minutes winding down. I hurried to Shibuya Crossing, one of Tokyo’s busiest and most well-known intersections. Surely, it wouldn’t be closed! I crossed a few times and took photographs at various angles. I paid tribute to Hachikō, the Japanese Akita dog who famously waited for his owner Hidesaburō Ueno at Ueno station for over nine years following his death. I ruminated on this display of loyalty over a cup of tea at the Starbucks overlooking the crossing, watching life ebb and flow into the crossing. I figured it was time to get moving and check in somewhere. Embracing Tokyo, I booked none other than a capsule hostel.

I checked into Nine Hours Shinjuku-North, a modern and minimalist capsule hotel a short walk from JR Shin-Okubo station. The front desk area opens up to a large communal space and work area equipped with ample tables and charging stations. I spent a few minutes recharging before heading to my capsule. I stored the bulk of my belongings in my designated locker, freshened up, and set out for more exploring.

Tokyo comes to life at night, as neon lights flicker on and beckon further exploration. I walked from Okubo to Golden Gai, a famous bar-hopping destination. Golden Gai is comprised of six narrow alleyways interconnected by even narrower passageways. It is home to a network of over 200 narrow bars, eateries, and clubs of various themes. Though the dimly-lit area appears ramshackle and run down at first glance, it is home to some of Tokyo’s most unique establishments.

I wandered through Golden Gai’s myriad alleyways, peering into dozens of tiny bars and overwhelmed by my options. A former red light district, many of Golden Gai’s bars can trace their heritage to the 1960s. They are amongst the buildings that survived the 1980s, when many buildings were set ablaze by yakuza so the land could be snatched up by developers. Today, it is a popular meeting place for celebrities, artists, musicians, writers, and of course, tourists. Some of Golden Gai’s bars only welcome regular patrons, who must initially be introduced by an existing patron, while other bars welcome foreigners by displaying signs in English. Most seat a maximum of five to 10 patrons shoulder-to-shoulder but despite their size, each makes a distinct impression.

I had bookmarked a few bars but couldn’t find any of them in the maze. In the end, I followed my nose to one that emitted a smoky and savoury smell. When I saw sizzling teriyaki plates on the countertop, I knew I was onto something. I slipped in and took a seat at a bar top set for six. After ordering a beer and sizzling plate from a bartender with a blonde mullet and tattooed sleeves, I heard a familiar accent — the two ladies beside me hailed from Toronto. Conversation sparked naturally in such an intimate bar and soon, it was as if the two Canadians to my left and the three Tokyo locals to my right had intentionally booked our own private bar.

After polishing off dinner and a few drinks, I joined the Canadian girls at another bar. Contrary to the other hole-in-the-wall, this cocktail bar had red wallpaper decorated with elaborate birds and cranes. We met another couple of travellers and hopped to a third spot, where we met two Stanford students and became a pack of five. Then it was onto the next one, where a stylish and friendly bartender by the name of Tsubaki drank shōchū at our table, cracked open a bag of chips, and introduced us to the various locals and regulars stopping in for a drink.

By the time I climbed into my wee capsule, it was nearly 5:00 am. Closing the heavy curtain and setting my alarm, I couldn’t help but think of all the Tokyo bucket-list things I hadn’t ticked. Sleep quickly drowned the thoughts swirling in my head.

I did have time for one more Tokyo experience. I returned to the Meiji Jingu shrine, determined to see it before leaving. The setting was peaceful and serene, the perfect antidote to the rush of FOMO I’d been grappling with. I was not missing out, I had nothing to fear. I was capping off a two-year stint abroad with a morning stroll through one of the most enchanting temple gardens in Tokyo.

I couldn’t leave Tokyo without sampling nigiri. As I made my return trip to the airport, I stopped for lunch at Hinatomaru Kaminarimon. I stood at a tall bar that lacked seats and sampled three types of nigiri. According to a drawing on a chalkboard, I was having the ‘red part’, ‘fatty part’, and ‘premium part’. It was so delicious, I ordered a second round plus the amberjack nigiri, which the charming chef recommended. With a full belly and a warm heart, I was ready to go home.

Walking to the train station, I passed beneath the cherry blossom trees of Sumida Park. Even without their blooms, they reminded me of how the Japanese find beauty in impermanence, from the ever-changing seasons to the brevity of a haiku. I thought of my 36 hours in Tokyo as a flower blooming on an old branch. Though the lifespan of a blooming flower is but a tiny speck in the canvas of time, it is beautiful by existing. By simply existing.

In the end, I hardly scratched the surface of all that Tokyo has to offer but even so — and especially after all that has transpired in the world recent months — I look back fondly and treasure those 36 hours in Tokyo for simply existing.

*This article contains a sponsored link. 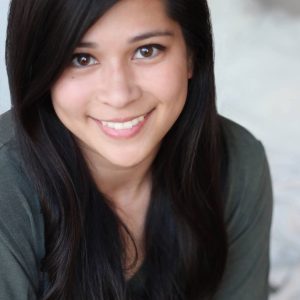