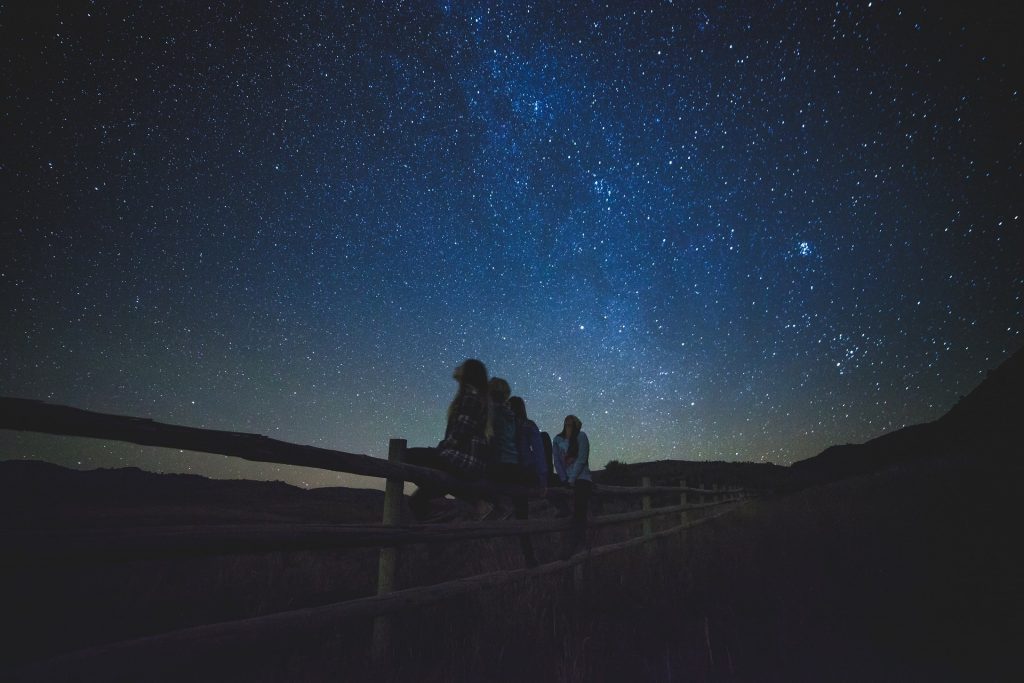 By Ali Jennings | May 5, 2021 The WorldExperiences

We live in a boundless and infinite universe, and probably most of us have imagined exploring the heavens for ourselves. Of course, it is possible to see the stars and other cosmic events from the Earth, but with our heavy usage of electric lights, it is estimated that two-thirds of the world’s population can’t see the Milky Way. However, if you are interested in stargazing, there are still lots of places in the world where you can see the universe at its finest through both the naked eye and observational equipment.  Here’s a list of six amazing places around the world for stargazing.

Teide National Park may be better known for being home to the third highest volcano in the world, Mount Teide, but it is also the location of the Teide Observatory, an institution responsible for the discovery of a number of minor planets. Countries from all around the world have telescopes here because of the great viewing conditions; this is due to the island having a high altitude, being close to the equator and being free from tropical storms, as well as Tenerife passing a law controlling flight paths to protect the stargazing conditions.

While you can visit the observatory, and this is certainly recommended, it isn’t the only place where you can enjoy stargazing on Mount Teide. It’s also possible to take the cable car up to the peak of Mount Teide where you can take in the amazing night-time views over Tenerife as well as in the sky.

Fans of the rock group Queen will also be interested to know that lead guitarist Brian May wrote the song Tie Your Mother Down while studying for his graduate thesis at Teide Observatory, and also contributed to the construction of a building to study interplanetary dust.

Not many people have heard of the island of Sark, but if you are a stargazing enthusiast then you should definitely add it to your list of places to visit. Designated as the world’s first Dark Sky Island in 2011, this tiny isle in the Channel Islands is completely car- and street light-free, providing the perfect conditions for checking out the Milky Way. Once the sun sets and the sky turns an inky black, it is possible for visitors to see multitudes of stars, planets and even shooting stars with the naked eye. However, if you do want to see further into the cosmos, the island even has its own observatory for those closer encounters.

Known for having some of the darkest skies ever recorded, NamibRand is Africa’s first Dark Sky Reserve for very good reason. Located 60 miles away from the nearest village, visitors can spot all kinds of cosmic matter, including planets, constellations and the moon. If you want to do your stargazing in luxury, Wolwedans, a camp complex within the reserve has a Mountain View Suite that includes a summertime stargazing bed on its main veranda.

The NamibRand Nature Reserve isn’t just a great place to go at night-time. Lots of tour companies offer stargazing as part of their safari packages, so it’s a great destination to combine a number of activities. During the light hours there is the chance to spot a wide variety of wildlife, such as leopards, oryx and zebra as well as enjoying activities such as hot air ballooning and 4×4 drives.

Located along Chile’s Pacific coast, the Atacama Desert is a hot spot for stargazers as it has the perfect conditions for the activity; it is one of the driest places on Earth, is at high altitude and gets very little cloud cover. As well as ideal weather conditions, the desert is a long way from any towns and cities, so there is also little to no light pollution. Because of this, astro-tourism is booming in the area and there are a number of tours available for those who wish to view amazing spectacles such as the Jewel Box nebula, an open star cluster in the constellation of Crux.

The Atacama Desert is also home to the ALMA Observatory, which features the most expensive ground-based telescope in operation. It was designed specifically to spot some of the universe’s most distant and ancient galaxies, and also observes the areas around young stars for planets that are in the process of forming.

Easter Island – Rapa Nui in its native language – is famous for its iconic stone heads, a series of statues dating back to between the 12th and 17th centuries, but in recent years the island has become more and more popular among the stargazing community. Looking to the stars has always been an important part of life on Easter Island; the early Polynesian settlers were reliant on the sky to help them plan their voyages across the ocean.

While it’s possible to get amazing views of the cosmos on any trip to Easter Island, to get more from the experience it’s highly recommended to join one of the stargazing tours. The guides give information on the basic techniques the Polynesians used when planning voyages, explain some of the tales and legends relating to various stars and constellations, and get the chance to see nebulae, galaxies, stars and planets. Best of all, you can get some great photos of the stone heads with the cosmos as the perfect backdrop.

When measured from its underwater base, the dormant volcano of Mauna Kea is the tallest mountain in the world, a staggering 13,803 feet in height. Obviously, reaching the peak of this immense mountain carries some level of risk of altitude sickness. Thankfully, for those interested in stargazing from Mauna Kea, you only need to ascend 9,200 feet to the visitor’s center where there are telescopes to peer at the stunning night sky; while the peak closes to tourists at nightfall, the center stays open until 10pm.

Mauna Kea is well known among stargazers as the only place in the United States where the Southern Cross is visible in its entirety, making it a dream stargazing destination.

Stargazing is a great activity to add to any travel itinerary. As well as being able to witness some of the most beautiful skies in the entire world, the activity often takes travelers to the most remote and exciting places the world has to offer, making the activity a wonderful choice for adventure travelers.