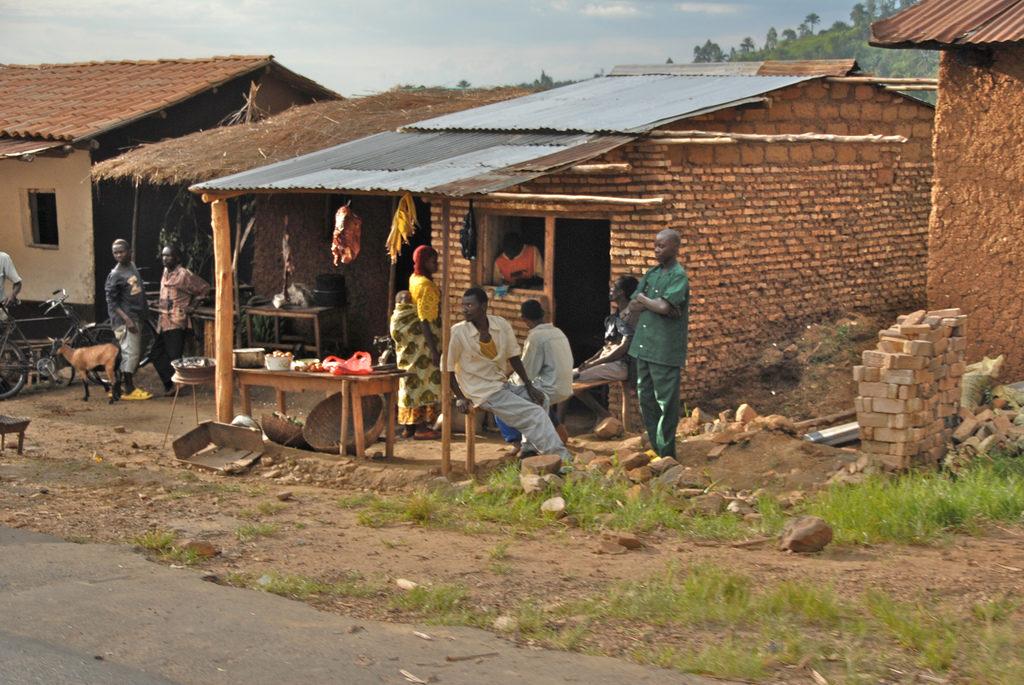 It’s evening in the small African nation of Burundi, and the waning sun throws shadows over the city of Bujumbura. In the old Land Rover, we bump and jostle our way through the crowded dirt roads of the capital. Before we left the mission station where my husband’s family lives, we picked up a few Burundian friends who were going the same direction. I struggle to make casual conversation in Swahili, the unfamiliar syllables falling heavily from my tongue. The boy next to me is patient, and he smiles broadly at each clumsy attempt to communicate. Something I have learned during my short time in Burundi is that the people are rarely judgmental. They appreciate your interest in their culture, although they don’t mind laughing good-naturedly at your fumbles.

We pull up to our destination: a modest two-room home built of mudbricks. Small children stare at us as we climb out the car—the younger ones wide-eyed at our pale skin and soft hair, and the older ones hiding smiles of amusement at my attempts to adhere to African fashion. A smiling man pushes aside the cloth hanging in the doorway and greets us with a smile. “Karibuni, Karibuni,” he welcomes us in Swahili, graciously using the common trade language rather than his mother tongue, Kirundi, which most of us do not speak.

We enter the room and sit. The outside of the home may be set in a somewhat marshy area covered with manioc plants, but on the inside, the dirt floor is recently compacted and swept clean. Our host sits with us and engages the group in conversation. As the only one without a working knowledge of local languages, I soon find myself lost in the swirl of melodic syllables, watching the women and girls bring in dish after dish of local cuisine. Ugali, a paste of ground cassava root, steams beside the sauce for dipping, a red savory goat dish. Unfamiliar boiled greens and plates of white rice are set nearby. I would like to ask what I can do to help, but in this culture, guests are treated with special honor. To lift a finger would be offensive. Our host asks me if I would like a Fanta, a glass-bottled soda, and I shake my head and thank him, asante.  He brings it to me anyway, because there is no such thing as accepting a refusal when you are a host. I haven’t had soda in a decade, but I sip it, my senses surprised at the sweetness and carbonation.

I marvel at the generosity of our host. I’m well aware that even as a college cafeteria worker, I’m in the top 2% of global income, yet this man who lives in one of the poorest nations is pulling out all the stops for me and my family. But this is the way of East Africa. My husband, who has not been home to Burundi in two years, is the guest of honor tonight. This hospitality represents not only a welcome to this house, but also to this country.

As the West begins to seep into even the most remote corners of Africa, it looks with distain on the humble lifestyle of most of East Africa’s people. The values of the wealthy West have become so oriented to material success, finances, and personal achievement that other values are pushed to the side and forgotten. Yet the people who live in mudbrick homes and eat rice from a shared dish know something that the West has forgotten: the value of community, of friendship, and of undiscriminating hospitality. Perhaps it is time that we of the West open our eyes and position ourselves as students, rather than teachers.