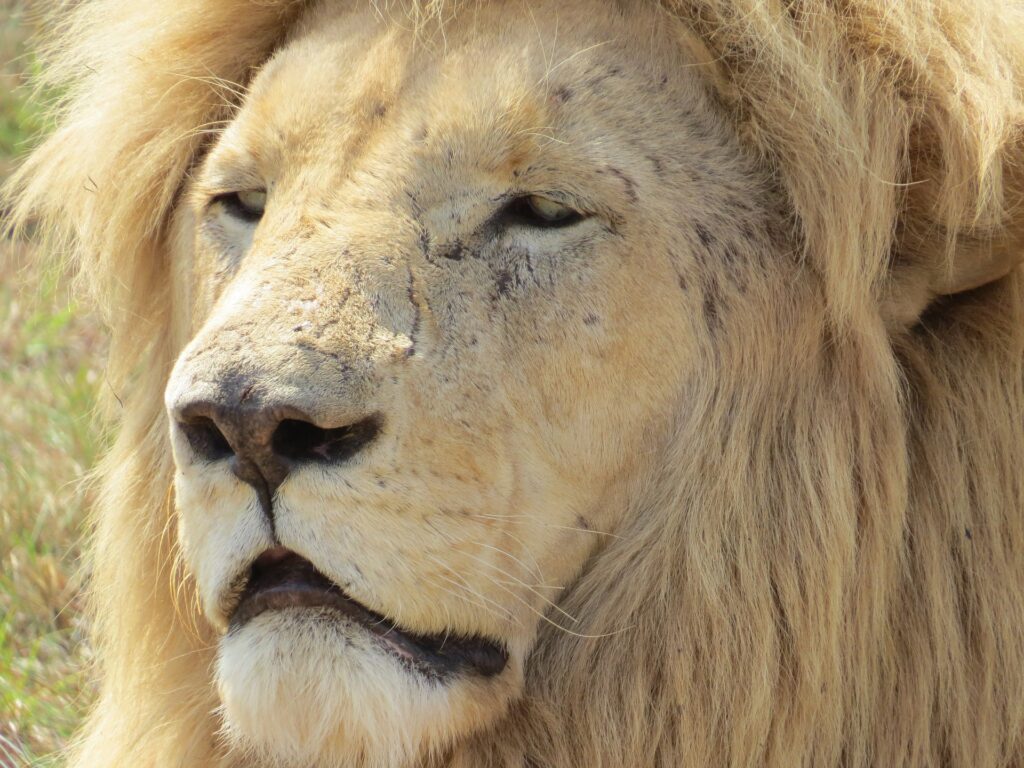 I have lived in Johannesburg for the last 5 years. I have stayed in the northern part of the city and I always passed the intersection where a large wooden lion sculpture stands commandingly above the traffic. But this is Africa. Lions and elephants are nothing fantastic. They are part of the DNA of the land and they are not page turners. There is an animal park on every road leading out of Johannesburg.

To meet a lion in the flesh would be astounding for sure. But the chance of that happening is remote. The animals have been corralled into game parks and fences. And so the idea of a lion existing somewhere is of itself a non-event.

And so it was pure boredom that pushed me one weekend in March 2014 to look up at that lion sculpture. I had seen it many times, at the back of my mind as I zoomed past the intersection on some errand. But this time I saw it, because I was looking for something different. To see. To do. I was bored. I looked up and saw a different image from the one I had always seen. I noticed how large it was. How regal the lion stood over the intersection on Malibongwe Drive.

So I decided out of my desperation of having nothing to do, to turn off the main road and drive up to the gate of the Lion Park. Not with the excited trance of a tourist. But with an expectation that I would see nothing new. A couple of lions, lounging around in captivity. Bored and probably depressed out of their minds. Day in, day out. People passing them. And endless stream of tourists.

I paid my entry fee and headed straight to the lion enclosure as directed by the signs. I took a few wrong turns but in a little time I found myself entering the first enclosure behind a typical open-top safari Land-Rover manned by suitably excited tourists. We circled twice before we spotted the lions, lying behind some thick bushes in the late afternoon sunset.

The fact that nothing could coax them out of their slumber convinced me further that I had wasted my time entering the lion park. And no matter how loud the tourists in the next vehicle spoke or shouted, they continued lying in the long grass. Royal in their displeasure at being disturbed. So powerful is the serenity that every picture of a resting lion silently transmits. Uneventful however.

After 20 minutes of no drama, I reversed my vehicle with a “told-u-so” smirk on my face, maneuvering myself an exit out of the enclosure and out of the park. Back to the sanity of the city that I suddenly missed as I engaged the gears. Out of the corner of my eye, I saw the lions suddenly rush out at explosive speed towards a target that I did not see in the swift and silent commotion. A gasp came up from the tourist vehicle, everyone filled with awe and an honest and sincere unmistakable fear. They too seemed surprised by the sudden explosion of movement that warned of danger.

Instinctively both our vehicles followed the group of lions, half out of curiosity and half as an automatic escape velocity, as that was also the direction of the only exit out of that predatory space. As we turned past a clump of trees, we saw the reason for the commotion. Huge chucks of meat, roughly hewn, had been randomly deposited near the entrance by the enclosure assistants. Time stood still. We were suddenly standing in a scene from an Africa gone by. An era, before the white ships came to our shores, an ancient time gone by, taken away from us by the pace of technology and progress.

You have not seen a lion until you see them feed together as a pride. The violence. The noise that their vocal cords emit in the inborn struggle for their share. The deep decibels shake your soul in a way that you will not forget. The reckless courage and the confrontation. The competition. The fight for rank. The signature is Africa. Dominance is asserted and re-asserted. In the space of minutes.

The cubs stayed away. The dominant lion brooked no variation. He was first. Mercilessly. He chased the lionesses away from the food. With claw and fang and roar. As if they were mortal enemies. In that pride, the
hierarchy remained intact. Lion to lion. The male to male conversation was a vicious retribution. The other male had to limp away after only a few seconds of a fierce scuffle over a smaller bone of little consequence. The message was stark. And the meek and humbled male had to keep quite a distance away until the king was done. And when the king was done, he let the world know that he was done. That he was king. The huge white male roared. And some of the females growled as if in defiance. But that was it. He was king. And we stood silent. There is no human sound that can counteract that roar.

The busiest part of the feed probably lasted thirty minutes. But those thirty minutes, I did not feel them go by. I was lost in an African trance. I was back in an Africa that we will never know again. They say the flora and fauna is disappearing. The lions might be extinct in 50 years from now. We are some of last generations that are viewing them in this close-to- natural state. A time is coming soon when the roar of the lion in Africa will be silenced forever.

I looked at my time. It was 19.02 on a Sunday night. I had lost an hour, in that orgasmic passion in which I had met that special African place that we lost, right in the middle of a city like Johannesburg. Unintended. But in the end, much appreciated. I had harboured the trepidation on entering the lion park that I would not like to see caged animals. I don’t like it. But even in that caged state, the lion had still communicated his supremacy as the king of the beasts. I had been taken back to a time gone by, unexpectedly so yet ecstatically so. As I drove home, I shuddered to imagine how my ancestors had ever survived a sudden meeting with the king of beasts, without fences, without guns, sometimes without preparation. 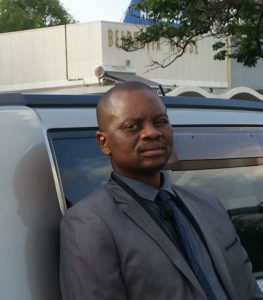 Born in Zimbabwe, Davison Matanga is a software developer by day but intrepid traveler at heart. He has lived in London and Chicago but has been living in Johannesburg, South Africa since 2005 with the love of his life. Davison’s lifelong dream is to become a famous novelist and film director. In the meantime, however you will most probably find him sampling some remote tourist destination, pen in one hand, camera in another. Davison can be reached at dmatangany@yahoo.com.