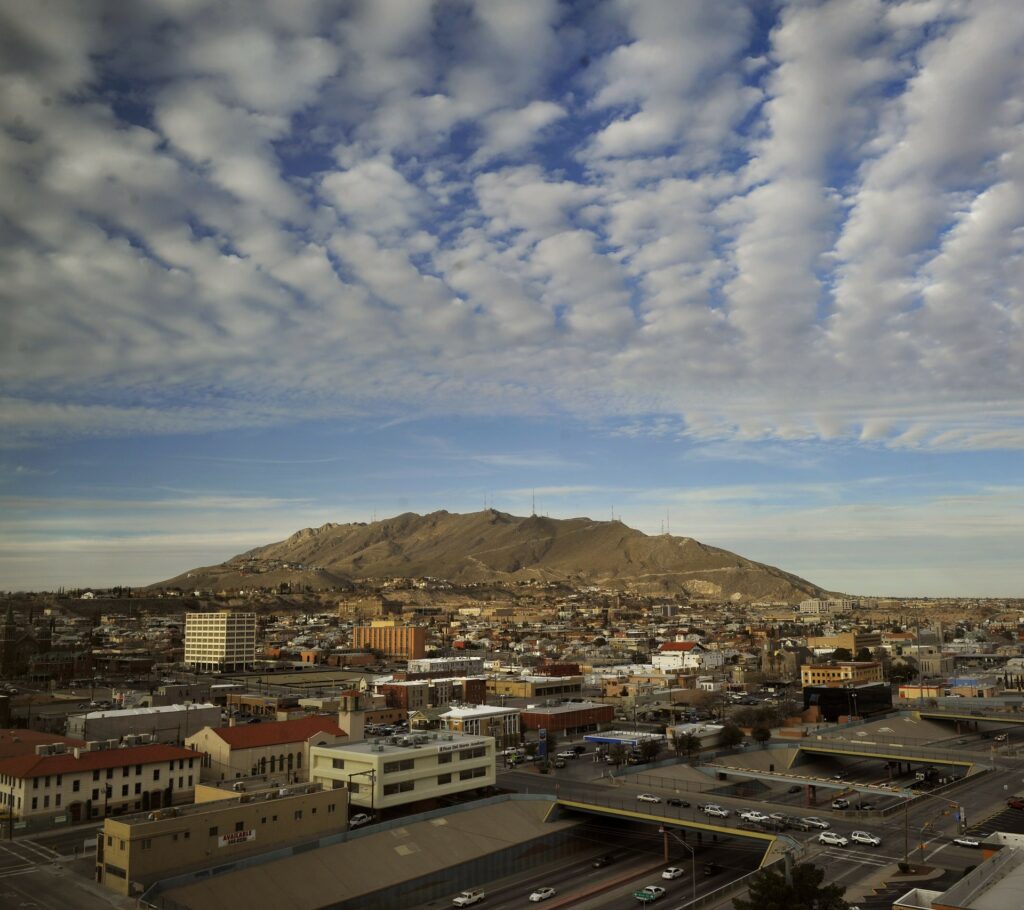 The city of El Paso, Texas has a rich historical and cultural role that is reflected in the countries of the United States and Mexico. El Paso and its sister city, Ciudad Juárez, comprise an unrivaled populous binational metroplex that tourists from around the globe gravitate to. El Paso is a city primed for exploration, ripe with attractions, destined for success, and a fantastic spot for ecotourists. Its economy continues to flourish, and notable missions, memorials, and markers coexist alongside modern amenities.

First inhabited by various Native American tribes, the modern-day city of El Paso, Texas is located far to the west and along the Rio Grande River. During the colonial period, Spanish explorers discovered two mountain ranges featuring a pass between them. They called the pass El Paso Del Norte, which translates to “The Pass of the North.” It was in this area that two future cities were born, namely El Paso, Texas, and Juárez, Mexico. Today, the border communities of El Paso and Juárez create the world’s greatest binational metroplex, boasting a population of over two million.

The site of various explorations, missions, and settlements, the border community of El Paso, Texas also played an interesting role in the Old Wild West. For example, notable western figures such as Francisco “Pancho” Villa, Wyatt Earp, William “Billy the Kid” Bonney, and John Wesley Hardin have legendary connections to the city.

Though it is now a modern metropolis, El Paso retains its distinct cultural and historical markers. Beautiful adobe buildings are intermingled among contemporary amenities, serving as a picturesque reminder and careful preservation of Mexican culture. Currently, the El Paso economy is fueled by industrial efforts, commercial trade, agricultural endeavors, financial, educational, and medical institutions, as well as the established presence of the Fort Bliss military base.

The city of El Paso contains many historical and cultural markers throughout. Tourists from around the world delight in participating in a historic excavation of El Paso, including visiting some of the sites listed below:

The Fray Garcia Monument documents the first mission of El Paso Del Norte in 1659, which was called the Our Lady of Guadalupe Mission. It is a bronze sculpture with a stark resemblance to Fray Garcia, the founder of the mission, and is 14 feet tall. The sculpture depicts Fray Garcia gripping the lintel beam for the mission in his right hand while encouraging the local Native American tribes to partner with him. The original mission can still be explored today and is located in downtown Juárez.

The El Paso Union Passenger Station represents the city’s century-old link to other areas of the world. It is also often called Union Depot. In fact, it was the first International Train Station in the history of the United States, bolstering trade between the United States and the neighboring country of Mexico.

The El Paso Historic Mission Trail features three historic adobe missions. The three missions are the Ysleta Mission, established in 1682, the Socorro Mission, originally constructed in 1691, and the San Elizario Chapel, which was built in 1789. The present-day missions carefully preserve and showcase unique architectural traits and are properly maintained by the El Paso Mission Trail Association.

The Feather Lake Wildlife Sanctuary is 43.5 acres and saw its beginnings as a 40-acre wetland in 1969. It was originally used by the City of El Paso as a basin to collect stormwater. Beginning in 1976, the El Paso/Trans-Pecos Audubon Society leased the land and has carefully maintained and managed it. Residents and tourists never know what they will see, from muskrats taking a swim, turtles and pond sliders sunning themselves, to Trans-Pecos striped whiptail lizards skipping up ahead. In addition, more than 200 species of birds have been spotted at the Feather Lake Wildlife Sanctuary.

The El Paso Municipal Rose Garden has proudly been certified as an All-American Rose Selection public garden. To date, the El Paso Municipal Rose Garden is one of more than 100 certified gardens located in the United States. It is here that residents and tourists stop to admire more than 1,900 rosebushes that consist of approximately 500 varieties. The gorgeous garden of more than 4 acres is fenced in, has raised beds, trees, shrubs, a Koi Pond, and even a waterfall. Interestingly, multiple new rose varieties are planted in the garden every year.

The Centennial Museum is notable because it was the first museum in the city of El Paso. Founded in 1936, it was constructed in order to celebrate the anniversary of the independence of Texas. It features permanent and temporary exhibits, with permanent displays showcasing the natural and cultural history of the Chihuahuan Desert region, and temporary exhibits presenting works dedicated to depicting border life and culture, and the Americas in general. In all, the Centennial Museum hosts around 73,000 items that are a part of a myriad of collections.

In 1999, the Chihuahuan Desert Gardens were created. They boast over 800 species of plants. These plants are either native or have adapted to the Chihuahuan Desert region and have attracted visitors from around the globe who travel to view the collection thriving in their native environment.

The sister city to Juárez, Mexico, El Paso attracts tourists interested in history, culture, ecotourism, and other attractions. It has continued to flourish and is seated along the Rio Grande. The border city of El Paso, Texas contains a binational past and is rife with historical and cultural markers, including missions, memorials, and monuments. It is also the site of conservation efforts and gingerly safeguards wetlands, wildlife, gardens, and parks that are enjoyed by residents and ecotourists alike.