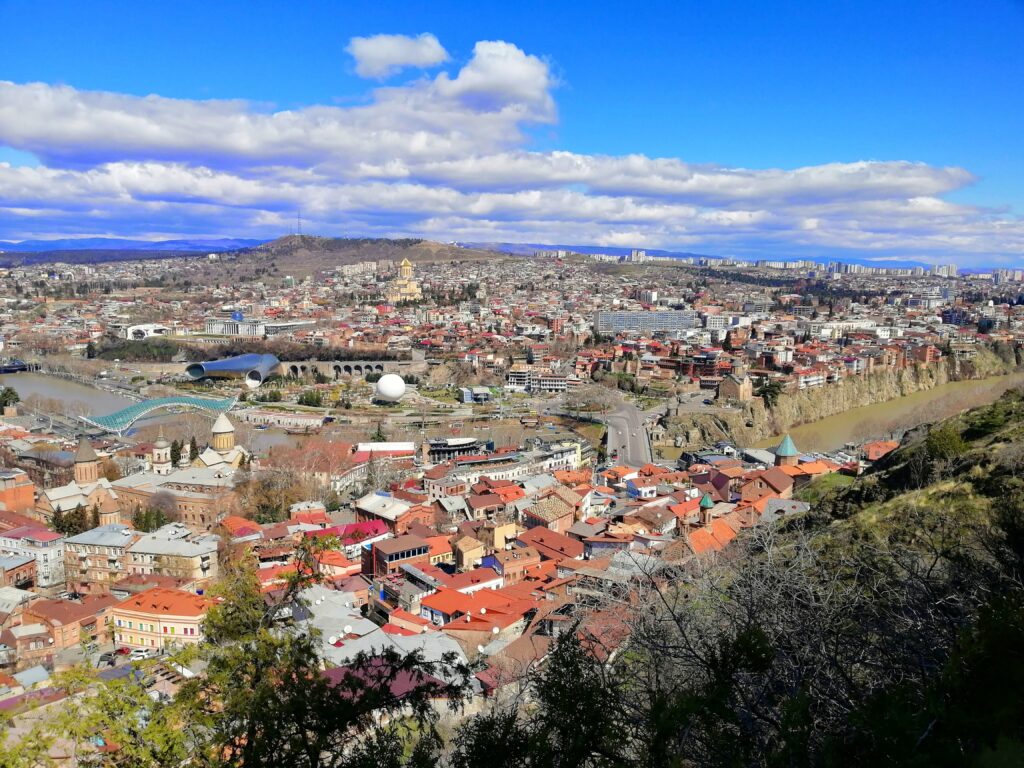 Located at the westernmost edge of Asia on the crossroads of two continents, Georgia earned itself the evocative nickname of the Balcony of Europe. Before traveling to the Caucasian country, I was spellbound by scenes of monasteries roosting precariously atop mountains and the charismatic streets of Old Tbilisi. What I didn’t expect was to fall head over heels with Georgian gastronomy.

Food is more than subsistence in Sakartvelo: it is the heart of the culture. While the cuisine stands unique, you can sniff out influences plucked from Central Asia and the Middle East. A quick bout of research told me that bread, cheeses, and soupy dumplings were top of the menu, but it wasn’t until I arrived in the country that I learned what distinguishes Georgian cookery is the lashings of garden-fresh parsley and coriander, the flavorsome organic produce, the generous use of walnuts, and the ceremony of supra.

If you are fortunate to receive an invitation to a traditional Georgian feast, prepare for the sumptuous sight of tables overflowing with national staples such as khachapuri and khinkali alongside hearty soups, wholesome strews, and crisp salads. The signature of special events such as religious holidays, weddings, and other family occasions, supra feasts are sometimes presented for special guests, in keeping with the Georgian principle that a guest is a gift from God. They pull together the best Georgian dishes.

Whether you’re in Tbilisi or a far-flung highland village, whenever you open a menu in Georgia, a listing for tomato and cucumber salad will greet you and you’ll be tempted to skip ahead to more exotic – or cheesier – options.

Stop right there; a traditional Georgian salad is the perfect marriage of the simplest ingredients and the essence of the nation’s food. Thickly cut slices of cucumber are tossed with ruby red tomatoes, hoops of raw onion, a sprinkle of herbs, a dusting of walnuts. One of the notable things about Georgia is that the country imports very little produce from overseas. Its Mediterranean climate lends itself to the production of succulent fruits and veggies.

Georgia’s national dish is leavened bread baked in a tone oven before being molded into the shape of a canoe, stuffed with sulguni cheese, butter, and topped off with a raw egg. The trick to eating it is to stir the cheese, butter, and egg, then tear off the warm crust and dip it in the gooey mixture. This yeasty feast is officially the Adjaruli khachapuri as it was conceived in the Autonomous Republic of Adjara in southwest Georgia. There are over 50 varieties of khachapuri across the regions. Most common is the Imeruli khachapuri from the Imereti region, which resembles a pizza and uses the local cheese. Another two that you will often spot in roadside bakeries are the crescent-shaped Guria’s guruli khachapuri, which is filled with cheese and a boiled egg, and the puff pastry Rachian khachapuri.

If you cannot finish your chosen khachapuri, never, ever, toss it in the trash. Bread is sacred to Georgians and it is taboo to discard it. This is why you’ll spot little plastic bags stuffed with leftovers strung to city railings and scraps placed on the streets for stray animals.

Over to khinkali, the plump and juicy dumplings that sit alongside khachapuri as one of the better-known Georgian dishes. Hailing from the mountain settlements, khinkali are typically prepared with a combination of meat and pork combined with herbs and Georgian spices. Boiled rather than steamed, an ample quantity of water is added to produce the soupy texture. Vegetarian? Ask for cheese, cottage cheese, or potato-cheese variations. Vegan? Order a plate of my personal favorite, mushrooms mingled with herbs and a touch of chili.

Forfeit your cutlery and grasp the dumpling firmly with your hands. As you bite into it, tilt your head so as not to split the dough and spill the broth. It is a sign of politeness to leave the ‘knobs’ on your plate.

When the fierce summer sunsets in Georgia and temperatures plummet, stews and soups soar to the top of the dining agenda. Chashushuli is a traditional Georgian stew with a tomato-herb base, customarily prepared with beef. Look for seafood alternatives along the Black Sea region.

In a country that produces over 250 varieties of cheese, you may wonder what Georgia offers to vegan travelers. Due to the religious status of Georgia, fasting menus – devoid of animal source foods – are common. You can look forward to sinking your teeth into vegan-friendly pastries; order a lobiani or pkhlovani (bread stuffed with beans or spinach, respectively).

Vegan or not, badrijani nigvzit is a reliable choice of side dish to get acquainted with. Thin strips of aubergine are lightly fried or grilled and then rolled with a paste made of walnut, garlic, and adjika seasoning before being topped with herbs and pomegranate seeds. When dining as a pair or within a group, it’s customary to order these alongside pkhali, a mix of pâtés prepared with such vegetables as spinach and beetroot.

Plant-based diners can also feel safe with a bowl of ajapsandali, the Georgian equivalent to ratatouille, which is served cold and is awash with seasonal veggies. Vegan stews are generally available too: always ask if they’re not on the menu.

Georgia: The Cradle of Wine

With an 8,000 year history of winemaking, Georgia lays claim as the birthplace of wine. Although produced throughout the country, the Kakheti region leads the way with its dry red saperavi and sharp Tsinandali whites. Not a fan of the classics? Sample a glass of amber wine or dare yourself to take a sip of chacha, a bold wine vodka produced using distilled grape pomace.

Wine tours are available year-round in Georgia although the best time to visit the country if you want to experience wine culture is during the annual wine harvest, Rtveli. Winegrowers fling open their groves, inviting travelers to lend a hand at picking, crushing, fermenting, and sampling the year’s produce.

Wrap up your journey through Georgian cuisine with a churchkhela. Not to be confused with sausage or candles (both are easy misconceptions!), churchkhela is fashioned from a string of walnuts and dried fruits dipped in grape juice. Once dried, it’s the perfect companion for bumpy marshrutka rides and heart-pumping hikes in the valleys and ranges. 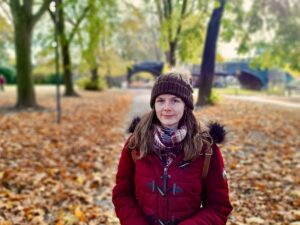 Hannah Cooper swapped her 9-5 for a nomadic life on the road, freelancing as an independent travel writer. Fuelled by a love of wildlife, watersports, wilderness, and wine, her travels have taken her jungle trekking in Sumatra, scuba diving in Malaysia, living off-grid in a campervan in New Zealand, and drinking the world’s oldest wine in Georgia.