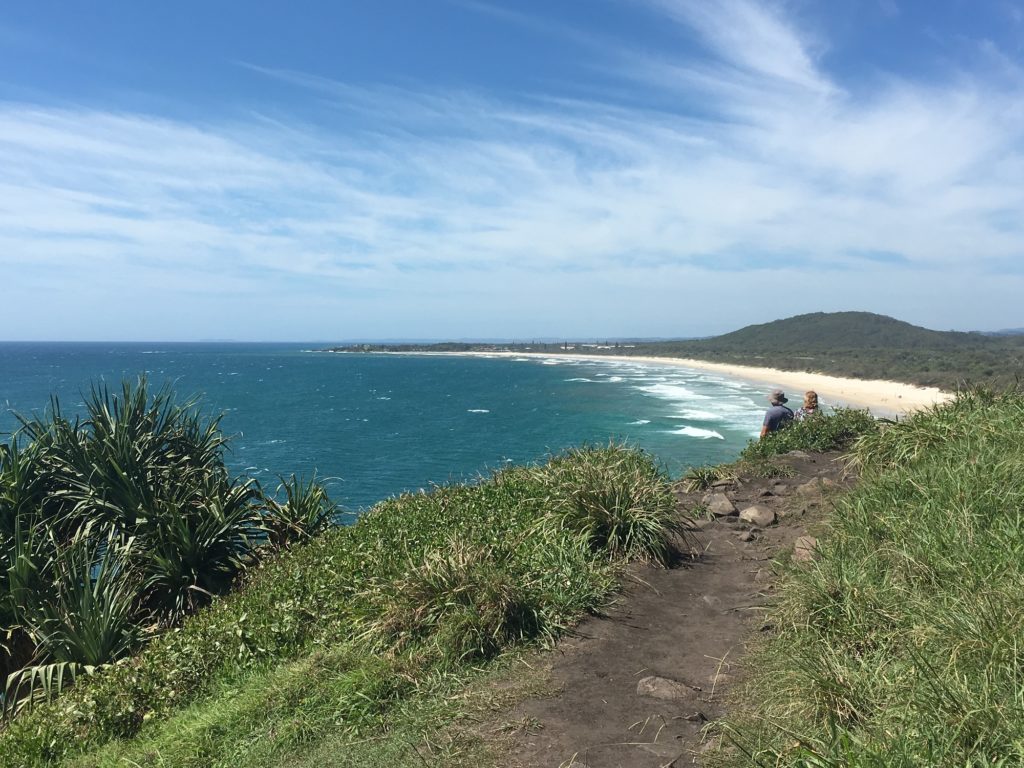 Author’s Note: I would like to begin by acknowledging and paying my respects to the people of the Bundjalung Nation, the Traditional Custodians of the land on which I visited for this article. I pay my respects to their Elders past, present, and future and extend that respect to all Aboriginal and Torres Strait Islander people who are reading this article.

Family road trips invite the perfect drive down memory lane. They are a great opportunity to revisit your childhood memories and share them with your fellow travellers (or captive audience, as our kids will loudly proclaim at regular intervals). All jokes aside, we are the lucky few who were able to travel over the holidays and share quality time with our family. When traipsing back to your hometown, it’s always fun to point out various features from your childhood. Some things change; some stay the same. And when those changes include acknowledging the Indigenous culture of the area, then I embrace it with the renewed vigour of discovery all over again.

We were the lucky ones: As a family, we were able to hit the road and travel from Sydney to the Tweed Coast (northern New South Wales) without hindrance or hesitation. In any other year, the road trip along the East Coast of Australia can bring a sense of adventure and wonder. In December 2020, there was a sense of excitement for gorgeous Cabarita Beach, but there was also a touch of anxiety constantly looking over our shoulders as COVID-19 loomed in Sydney after we had left.

Nevertheless, we were determined to make the most of this family break. Soak up the sunshine, surf the waves, and attain some much-needed chill time. We were visiting my husband’s hometown and he was excited to share some nostalgia with the kids. We were especially excited to hike Mount Warning, as he had done many years before.

“It’s not Mount Warning”, we were told. “It’s been changed back to its traditional name: Wollumbin.”

Without hesitation, he replied “That’s awesome. When did that happen? Are we allowed to visit Wollumbin?”

We’re not sure when exactly the name change came in; stories differ amongst the locals, although the mountain is officially recognised with dual names since 2006. In fact, the whole region has been acknowledging more of the Indigenous culture and recognising the traditional names across many landmarks. With the acknowledgement also comes burgeoning respect for the land, as we appreciate the significance it holds for many people.

Did this change our plans to climb Wollumbin? Absolutely. While some tracks were closed due to the recent wet weather, others were advised against with respect to the traditional custodians of the land. It is considered a sacred site to the Bundjalung people, with Wollumbin being the Warrior Chief of the Mountain. We chose not to climb Wollumbin.

What’s in a Name?

Wollumbin is not the first site to be ‘renamed’ in Australia, and it certainly should not be the last. Our most famous natural landmark, Uluru, is sacred to the Pitjantjatjara and the Yankunytjatjara people of Anangu. In 1873, a white surveyor came across the site and renamed it Ayers Rock, after the then Chief Secretary of South Australia. It took another 120 years before Australia would officially recognise the traditional name, creating the dual-title “Ayers Rock/Uluru”. In 2003, the order was switched to give Uluru preference. Since then, most Australians simply call it Uluru.

The name change provided a significant shift in how Australians see the land, especially our natural landmarks and tourist hotspots. Many more landmarks have reverted back to the traditional names; sometimes with ease and acceptance, sometimes with resistance from older locals who are afraid of change. As traditional names are recognised, so too is the traditional significance of various sites. For example, Uluru is no longer ‘open’ for tourists to climb (you can read more about this in our earlier World Footprints article here).

When my husband learnt of various name changes in his hometown, he was also happy to hear how easily the change was accepted by the community. A name didn’t change the land nor childhood memories. A name can only change how we treat the land from now and into the future. If anything, this created an opportunity to explore the area with new eyes and an understanding of traditional values. Since the Australian Indigenous communities are known for their connection and care for the land, we knew this could only be a good thing.

There is a short walk along Cabarita Beach called Bush Tucker Trail in Australia. It takes about 15 minutes and lies between the beach and the road from Bogangar to Hastings Point. The trail was created in 2012 as a joint project between Bogangar Public School and the Cabarita Beach Dunecare group. Along the trail are various Indigenous plants, with signs to identify and explain their traditional use. While there are a few plants we easily recognised from our childhoods, there was plenty more to surprise me.

These kinds of bush trails carry so much local identity for the community. These plants have grown in the local area for thousands of years, adapting to the environment and sharing a natural history way beyond anything I could imagine (partly because of how white-centric our education system is). What hit me the most from this Bush Tucker Trail was the obvious connection between the traditional caretakers and the land on which we walked. There was no need for big landmark names and markers because the Indigenous people were connected through stories and experiences of the land. When white people demanded ‘proof’ of ownership, they were demanding names or titles over the land. They completely missed the connection and history, almost wiping out that which they did not understand.

In nearby Murwillumbah, we visited the local Tweed Valley Museum and the feature exhibit on the history of the area. With great pride, they have fully acknowledged and presented the Aboriginal culture of the area. In the same way that Bush Tucker Trail showed the connection between people and nature, the exhibit shared stories from the Dreamtime and how the Bundjalung people aligned their traditions with nature’s own signals.

“Do you like Melaleuca flowers?”, one lady asked me. To be honest, I hate the smell. I have always hated the smell and can usually pick it a solid week before anyone else in my family can smell it. With a smile, she pointed out a video within the exhibit. Apparently, my sense of smell would make me an excellent crab fisher. The Bundjalung people shared stories and traditions, marking the Melaleuca flower as the first sign of fat crab season. I still don’t like the smell of the flowers but I do like the new story I can associate with it. A bit like the new stories we now associate with the traditional names for the local area.

As we acknowledge more of the traditional heritage of the land, we are invited to learn more about the connection with our local areas. Each ‘new name’ encourages us to rediscover the old ways. My husband will always have his stories of hiking up Mount Warning (and to be honest, I will always love them). After our family road trip in Australia for 2020, we have new family stories to share about Wollumbin as well.