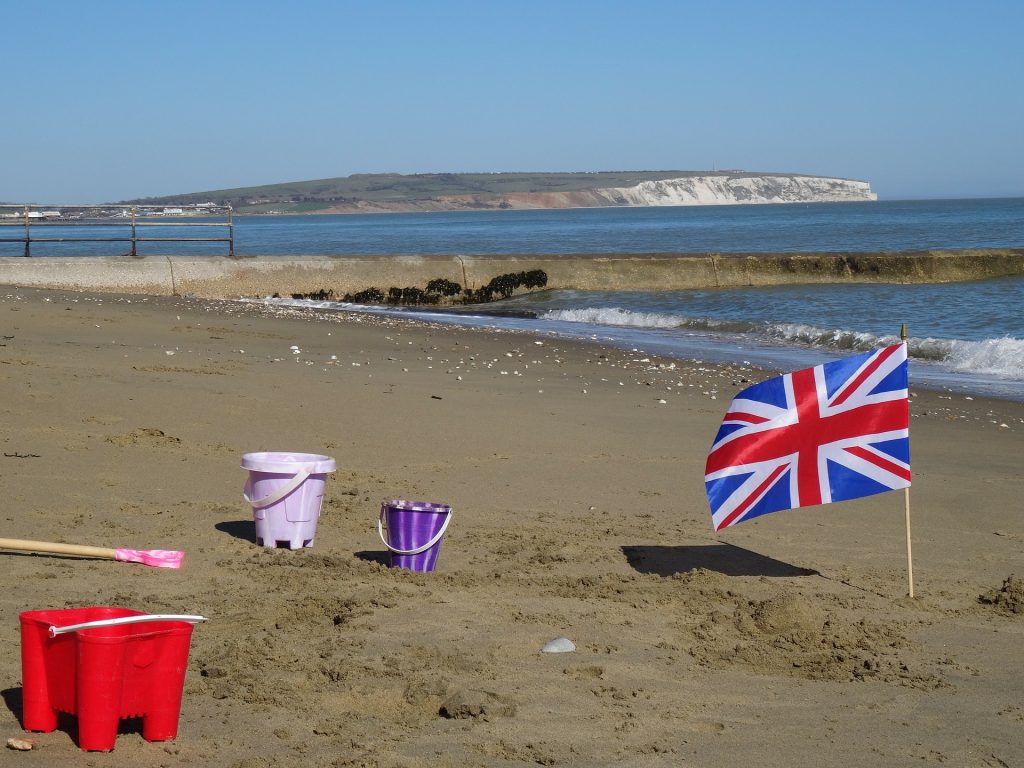 As an American living in Spain, the holidays can leave me feeling a bit removed. During my last four years in Europe, I have avoided holiday flights back to the United States. Usually, they are cramped, expensive, and horribly long. However, with COVID casting its persistent shadow over 2020, who knows if flying will even be possible this Christmas?

I spent my first year in Spain celebrating Thanksgiving and Christmas in Europe with other ex-pats in small apartments and crowded hostels with whatever homey ingredients we could find at the store. Unfortunately, it usually isn’t very many. Who would have guessed how difficult pumpkin, cranberries, and marshmallows would be to find in a Mediterranean country?

When my partner first invited me to his small English hometown for family Christmas two years ago, I excitedly said yes. To be honest, The Holiday is a yearly guilty viewing pleasure of mine. Jude Law stopping by your snow-covered cottage in the English countryside…. Yes, please! The many other festive British holiday movies had left me feeling like I had already celebrated there. After enjoying the past two cozy holiday seasons here, there is a magic here that the films don’t fully capture.

A short hop off the Southwest British mainland via ferry, the Isle of Wight isn’t well known internationally but is a popular summer destination for domestic tourists. Quiet during the winter, this haven in the British Channel will quickly have you feeling right at home.

The British flock to the island for its calming nature and hundreds of miles of long, sandy beaches. Populated by lots of small towns, thatched-roof cottages, and winding country roads, you won’t find tall buildings here. The touristic draw is spending time in calming nature.

Walking along privately owned land (called “rambling”) is legal in the UK and a very popular pastime in the Isle of Wight. Vibrant green grass clings to rolling hills and is home to grazing sheep and cows. There are hundreds of walking paths, bringing you to tops of ridges, high hills, and secluded fields. Old manors and beautiful gardens dot the countryside.

After a hike along the hills, cliffs, and beaches, a pint at a local pub is a welcome reward. The pubs here are cozy, locally owned, and make food that tastes like someone’ss grandma made it. I instantly felt at home while indulging in home-cooked British meals, like fresh seafood gratins, pheasant pies, crab sandwiches, lamb, and fish and chips next to a fireplace while the wind blew outside.

The island is sheltered in the southeast English Channel and is known for its mild climate. The only downside to Christmas on this Southern island? You don’t often wake up to snow gently falling on cottage eaves. Instead, it’s rain, followed by wind. Don’t let it stop you from seeing the countryside, just wear galoshes and pack a raincoat.

Built in the 12th century, Carisbrooke Castle has a storied history but my favorite thing about it are the donkeys that ensured its early success.

For centuries, water for the castle had to be brought up from a deep well. The logistics of this proved difficult. In the 1500s a behemoth oak wheel was built that must be turned many meters for just one bucket of fresh water. At first, prisoners were given the job but couldn’t keep up with the weight and strain of this huge apparatus.

Eventually, donkeys were brought in for the task, taking turns to walk in that great wheel like a hamster. This continued for centuries and kept the castle well stocked with water.

Nowadays, you can still hear the brays of the donkeys on the castle grounds but they have cushy, stress-free lives. They take turns, and the wheel is only turned for 30 seconds at a time, twice a week to show visitors how it was done.

King Charles I is the castle’s most famous guest, but unfortunately for him, it was as a prisoner.  He was locked up in its towers in 1647 after losing the civil war. Not one to give up power so quickly, he arrogantly continued the sly political maneuvering that got him put there in the first place. Intent on freedom, he attempted to escape unsuccessfully many times, slowly becoming a joke to the people of England. In the end, he was tried for treason and executed.

A House Built for a Queen

Osbourne House is the pastel yellow seaside palace of Queen Victoria’s dreams. The Queen loved this stately palace and spent her summers there with Prince Albert and her nine children. Osbourne provided Queen Victoria with a respite from the stresses of court life. It was believed that the sea breeze was the strongest cure for illnesses and ailments. In her old age, Victoria stayed in her favorite place often before her death in 1901.

Her eldest son, King Edward, never cared for the place, had a rocky relationship with his mother, and didn’t want to pay for its upkeep. He gifted it to the British state as a museum shortly after her death. Now, their sitting rooms, studies, and bedrooms are available for a visit, most still with the original furniture. Afterward, stroll along Queen Victoria’s private beach, finally opened to the public in 2012.

As you walk along the verdantly green downs while listening to the waves crashing against the high cliffs, it’s easy to see why the Isle of Wight was a popular place for many famous writers and philosophers.

Charles Dickens stayed on the Isle of Wight for a summer to work on his masterpiece, David Copperfield. He spent evenings and weekends rubbing elbows with the Victorian elite, who gravitated to the island in the summers to make social calls on Queen Victoria.

Lord Alfred Tennyson lived in Farringford House, a manor with extensive grounds, romantic rose gardens, and a stately lawn. Tennyson was appointed the poet laureate to the Queen, with whom he shared an intimate platonic relationship.

Tennyson intended to live there full time with his family, but as one of the most famous living people in Victorian England, he found himself bothered by the constant flow of tourists and visitors. The manor should have been remote enough but he was so well-known that crowds of fans gathered by the gates and even snuck through the grounds to peep through his windows. He moved away to somewhere more private but kept the house as his winter residence, visiting annually over the course of 40 years.

Walk along the stunning chalk cliffs on the west end of the island to Tennyson Down, where a towering monument honors the late poet. After an uphill walk, you can meander through the shockingly green grass with views of the sea and grazing sheep and cattle on the surrounding hills. Keep walking and reach The Needles, three stacks of white chalk going into the sea.

The British countryside will win you over with its peaceful pastures and rambling hills. Head to the Isle of Wight when you need to recharge and take a break from our increasingly loud world. Time spent here is never rushed and sleep comes easy after a night beside the fireplace.