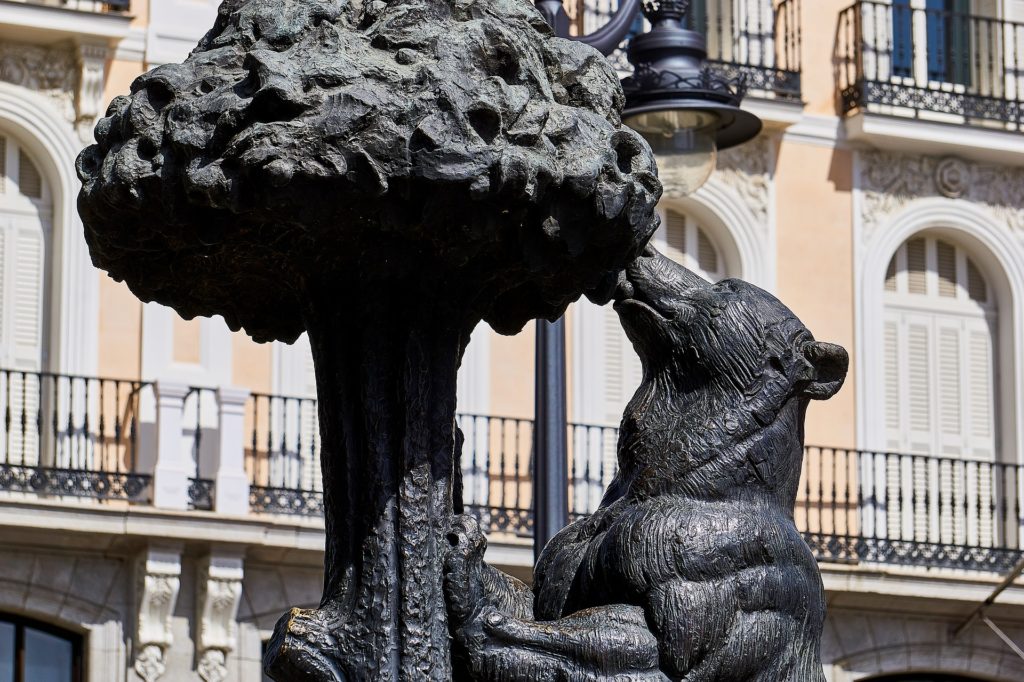 When travelers dream of Spain, most think about wandering down cobblestone alleys, listening to the Spanish guitar, and drinking wine under the shadows of a towering medieval cathedral. However, it’s a mistake to think of Europe only in terms of its beautiful cities and centuries of human history. There is still some wild left.

Unfortunately, nature conservation is a new priority for mankind. There are several essential species in Spain struggling to survive in our new, crowded world. Worldwide, large hungry predators like bears and wolves are feeling the threat of extinction particularly hard.

History of Bears in Spain

Spain is the second-largest country in Western Europe and has the widest variety of wildlife. Bears used to roam freely around the entire Iberian Peninsula, from France through Spain and Portugal. Known as both the Cantabrian Brown Bear and Iberian Brown Bear, they were a common animal throughout Europe.

They are very shy creatures and do not approach humans intentionally. Unfortunately, due to excess hunting and loss of habitat, they are now a critically endangered species.

Since 1212, Spain has used the bear as one of its symbols when they marched in battle against the Moors. The bear has remained a part of their war crests and city symbols. The seven stars on the flag of Madrid represent the bear of the Ursa Minor constellation. The Romans originally named the Madrid region Ursaria, meaning the land of the bear.

Head to Puerta del Sol in Madrid to see the iconic statue, The Bear and The Strawberry Tree (El Oso y El Madroño). A long time ago, the forests surrounding Madrid were inhabited by bears snacking on the fruit tree, making it a prime spot for hunting. The King of Spain settled in Madrid and was an avid hunter with a particular thirst for bear pelts. Some say it was one of the reasons the king chose Madrid as his home.

Over the centuries, hunting became more and more popular. By the 18th century, the bear was extinct from most areas of Spain and long gone from Madrid. Now, you have to go deep into the mountains of Northern Spain to come face to face with the species.

Wolves have never been loved in Spain. In the past, they almost disappeared completely due to aggressive hunting by angry farmers. Half a century ago, there were hardly any left. Now, the Iberian wolf prowls the country in much larger numbers but is still listed as a vulnerable species.

These social animals live in packs and called the entire Iberian Peninsula their home. Currently, they are only found in large numbers in Northwestern Spain and Portugal. There may be as many as 2,200-2,700 wolves, making it the largest wolf population in Western Europe.

In Southern Spain, there are only about 40-50 wolves left. Illegal hunting is unfortunately common and conservationists fear that if wolves continue to be killed at the same rate, they will soon be endangered.

In Northern Spain, above the River Duero, the government allows legal hunting with the species protected legally only in the South and the entirety of Portugal. Unfortunately, many of the wolves protected in Portugal live on the border and are killed in Spain. The government decides the hunting quota every year through an official population count.

Worriedly, some believe the current population could be as much as 30% less than the official numbers. If the current numbers are inflated then a better count needs to be undertaken to understand what their true numbers are.

If so, the number hunted legally each year may be unsustainable for the survival of the species.

The government hasn’t always been quick to act. Instead, several nature organizations like EuroNatur, FAPAS (Fund For the Protection of Animals), and Fundación Oso Pardo (Brown Bear Foundation) are at the forefront of conservation efforts in Spain. In the 1980s, the brown bear’s population plummeted to a shockingly low 60-70.

Hunting bears was a part of the culture for centuries and wasn’t completely criminalized until 1973. Now, poachers who kill a bear are fined large amounts but illegal hunting continues.

The bears in the Pyrenees Mountains (the border of France and Spain) are already functionally extinct, with no genetic diversity possible for future offspring. Bears from Slovenia have been reintroduced in an attempt to save the population. There is a fear that this is now happening to the Cantabrian bears.

In Northern Spain, the numbers of the bears remain small, and even worse, they have separated into two isolated populations 30 kilometers apart. The western population is larger while the eastern is much smaller. The eastern bears are in danger of going extinct from inbreeding, with fewer viable pregnancies and surviving offspring.

The Future of Spain’s wildlife

Conservation efforts are slowly but surely bringing the number of bears back up. In Asturias, Picos de Europa National Park is a large national park of 249.7 mi² (67,127 km²). Vulnerable animals live here in peace. Many big developers have tried to open massive ski resorts nearby but so far, they have not succeeded. The land is staying wild for now.

After being close to extinction, the bear population has increased to 330-350. Organizations in Spain are dedicating their resources to reconnect the two isolated populations and increase numbers.

One way is by ensuring that there is enough food for them to roam and interact with each other. Bears are true omnivores and love fruit and nut trees. Chestnut and wild fruit trees are planted in their habitat to give them a more sustainable food source.

For the misunderstood wolves, the government has funded initiatives to repair the bond between the animal and rural farmers. Usually, the government will compensate for livestock killed by wolves. There have also been efforts to supply farmers with electric fences and keep dogs on their property, which scare away the wolves. They believe that education and a mutual understanding is all it will take to stop illegal hunting.

The next time you think of Europe, don’t forget about the other living creatures who have called it home as long as humans have. We are on the right track to save them but if we don’t remain responsible and aware, all the progress will be lost.