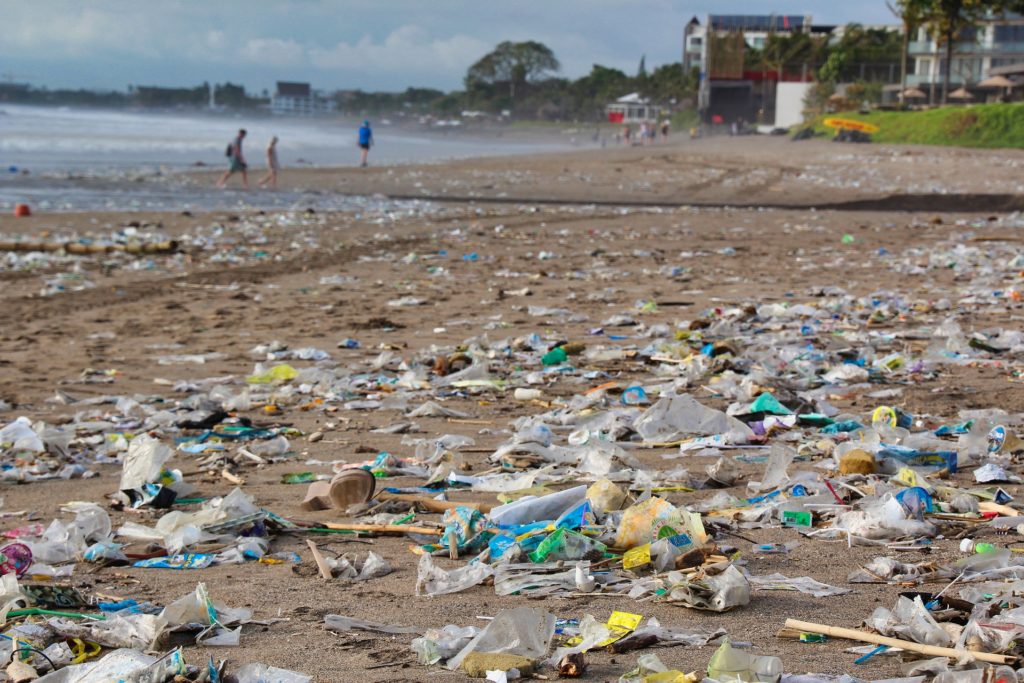 As if Bali hasn’t been suffering enough with the economic blow of COVID-19, locals are also battling a catastrophic environmental disaster as an abnormal amount of plastic washes up along popular tourist beaches Kuta & Seminyak. In the first week of 2021 thousands of locals and expats, including local government officials, have taken on a colossal clean-up mission to remove the tonnes of plastic waste washing ashore.

The cause of the disaster is linked to mismanagement of waste as inland flooding, brought about by the monsoon rains, causes a large percentage of the island’s garbage to end up in rivers and waterways. It is common for these washes to occur during the monsoon season; however, according to Bali-based ocean conservationist Emma Sparrow, “this year is particularly bad.”

The internationally-broadcasted disaster is one more hit to Bali’s already crumbling economy, as COVID-19 cripples an industry that provides roughly 60 percent of its gross domestic product. In March 2020, Indonesia closed its borders to international tourists, resulting in an estimated 75,000 workers losing their jobs in the Badung (Denpasar) regency alone. As the economic crisis spread and poverty numbers climbed, NGOs rushed to deliver emergency supplies to the island’s vulnerable. Many NGOs, including local NGO Movement of Recovery, continue to deliver rice and food today as part of the recovery efforts.

As locals and travellers await changes to border closures, this environmental disaster poses the question — will tourism hinder Bali’s battle against plastic?

There has historically been an argument as to who is responsible for Bali’s constant battle with plastic waste. Critics point the finger at an unsustainable tourism industry known for heavy reliance on single-use plastic. Others blame lack of education, illegal dumping, and poor waste management. No matter where the blame belongs, circumstances have not improved despite a regulation implemented by the Bali provincial government in December 2019 calling for a ban on the use of plastic bags, straws and styrofoam.

However, the nature of this year’s monsoon, and the amount of waste that has washed ashore in spite of border closures, gives an indication that tourists may be the tip of the iceberg when it comes to Indonesia’s problem with waste.

Since 2010, Indonesia has ranked 2nd in a list of the world’s worst ocean polluters, followed by China. According to the Global Plastic Action Partnership, Indonesia produces about 6.8 million tonnes of plastic waste annually, with an estimated 9% of that waste ending up in the ocean — the equivalent of roughly 620,000 tonnes of plastic waste entering the ocean each year.

In March 2019 Minister Luhut B. Pandjaitan, Indonesia’s Coordinating Minister of Maritime Affairs and Investment, joined forces with the Global Plastic Action Partnership to launch the Indonesia National Plastic Action Partnership (NPAP) as a way for leading changemakers from all sectors to collaborate and forge a collective path towards a plastic pollution-free Indonesia. And while members at the top play their role in the solution, so do members at a grassroots level. Local NGO Get Plastic is dedicated to reducing Indonesia’s plastic waste by transforming it into fuel. A collaborative effort between Indonesian entrepreneurs resulted in the creation of Pulau Plastik, an idea that leverages popular culture and uses social media campaigns, short videos, and a feature-length documentary to increase awareness about the hazards of single-use plastic.

On social media, some bloggers and temporary residents of Bali are using their online presence to raise awareness and bring attention to the island’s fight against plastic. Sustainability blogger Laura in Waterland has brought live coverage of the January 2021 clean-up mission, providing accurate information and ways viewers can lend a hand from afar.

It’s these people, and more, who are contributing not only to Bali’s fight against plastic but to our global mission for a sustainable planet.

The future of tourism in Bali

Mixed reports convey whether the borders into Bali will be open anytime soon, but locals are becoming more and more desperate for work. “It’s been hard,” said local Wayan, who has partnered with sustainable tour operator I Like Local to convert his tours into online virtual experiences. “I was able to continue running my tours virtually, but I know many who are still out of employment. We are eager to welcome tourists to our island again.”

Despite the official opening date for borders, tourists play a role in a clean and sustainable Bali. As Emma Sparrow, founder of sustainable swimwear brand and charity Ocean Mimic, explains, “this is also about taking responsibility. It’s about refusing single-use plastic, understanding that what you consume may have an effect on the environment. We all have a role to play when it comes to the future of our planet.”