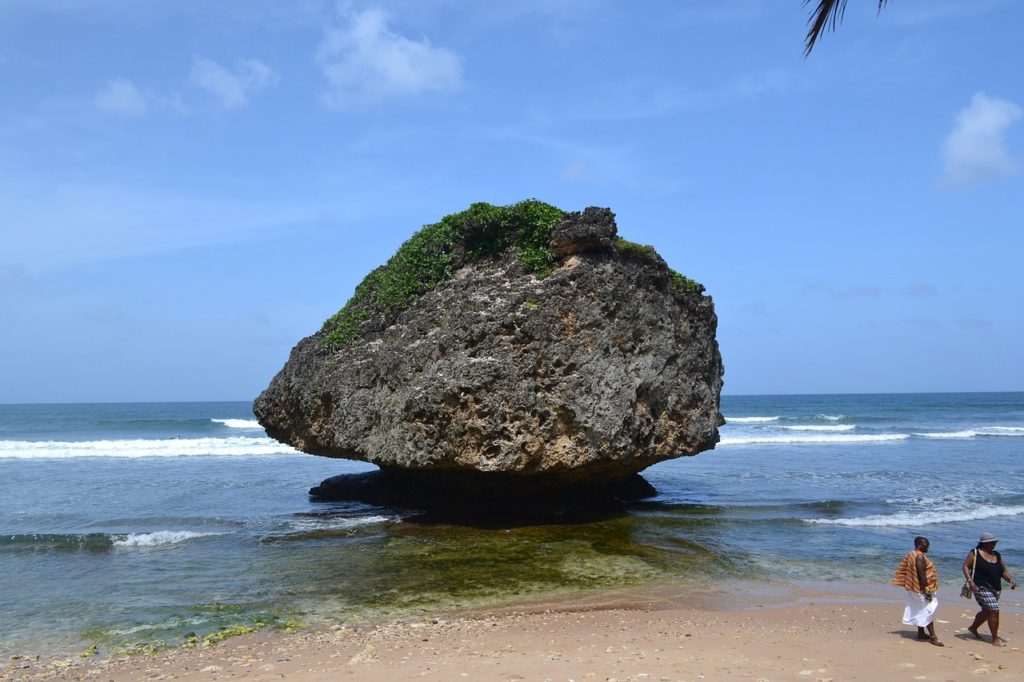 White sand beaches, sunny days, and clear blue waters come to mind when one thinks of Barbados. But there is so much more to see and do on this Caribbean island!

While the island is not known for its museums, history buffs can get a real kick of the many relics of the past that are still standing strong. Travelers can begin at the The Barbados Museum and Historical Society, housed in a nineteenth-century building that was once the British Garrison’s Military Prison. Explore seven galleries unveiling the social, decorative, military, and natural history of Barbados.

When you’re finished there, St. Nicholas Abbey awaits. The three-story Jacobean mansion is one of just three that exist in the Western Hemisphere. Not only will you get to view a movie about the Abbey, and explore the rum distillery and boiling house, you’ll also enjoy delicious eight and twelve-year-old rum which is produced on site.

Speaking of rum, Barbados is home to the oldest in the world— Mount Gay Rum. Located in the north of the island, one can tour the distillery for a trip to tantalize the taste buds, as three hundred years of history is condensed into slideshows, datelines, artifacts, black-and-white photo galleries, taste-tests, and narratives.

For the traveler seeking adventure, Barbados is known to have one of the healthiest coral reefs in the world and diving, snorkeling, water-skiing, paddle-boarding and more, are staples of society.

Think you’ve done it all? How about taking a trip to see the shipwrecks just off the island’s coast? These include: the SS Stavronikita—known as “The Stav.” This 365ft Greek fighter is considered one of the best wreck dive spots the island offers; the Carlisle Bay shipwrecks which are six wrecks in all, with four standouts—the Fox, Berwyn, Eilon, and C-Trek; Friars Crag just a mile off the island’s south coast—an 100ft Dutch fighter that sunk in 1984; and the Pamir, which is perfect for beginners as it sits 60ft down and is 165ft long.

One can’t go to Barbados without experiencing the amazing food, drinks, and of course culture, and a great time of year to get a whole lot of it at a time, is the Crop Over season. May to August sees the island come alive with Calypso and Soca music competitions, vibrant nightlife dedicated to performances of all kinds, culminating in Kadooment Day. Locals and visitors from around the world, jump “down de road” in bands pumping festive tunes, while wearing colourful and often skimpy outfits. Barbadian superstar Rihanna is an avid patron of the festival, so who knows, you may catch a glimpse when you’re here.