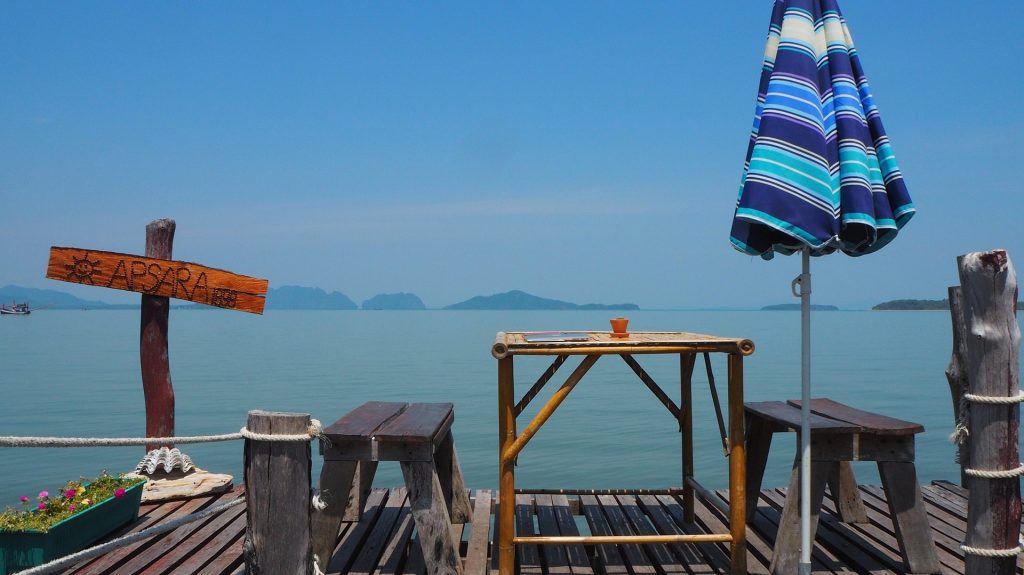 I’ve always dreamt of constantly traveling the world, supporting myself without ever having to go home. When I was a child, this seemed impossible; the only people I knew about who traveled for extended periods were explorers, which didn’t seem a viable career option for a working-class girl from Yorkshire, especially during the 1980s and 1990s.

When the internet went global in the late 1990s, it took about five minutes to load a web page, so no one imagined that people would be able to work via a device that could receive emails and video calls from someone on the other side of the world and that could fit into a pocket. Fast forward twenty years and that’s exactly what’s happened. Digital nomadism is here and on the rise. I’m proud to count myself among that tribe. I’ve been a digital nomad since 2016 and becoming one has been one of the best decisions I ever made. Traveling broadens the mind and expands one’s horizons but being a digital nomad does so in a completely different way.

You See a Different Side to the Places you Visit

When you visit a place for just a few days or a couple of weeks, you only scratch the surface of what that place is like, even if you see and do a lot while you’re there. If you’re constantly on the road and spending more time than others may in the places you visit, you start to view them differently. You discover all the little things which transform a place from a tourist destination to somewhere with more depth. You stop focusing on the main sights and activities and start wandering the back streets, finding those places where you can eat at unknown restaurants, drink in local watering holes, and hang out with the locals.

You Learn to Adapt More Quickly

Travel can be an assault on the senses, especially if you’re traveling somewhere completely different from any culture you’ve experienced before. Of course, this is part of the fun of traveling, but it can sometimes be overwhelming. When you’re a digital nomad and you’re jumping from country to country regularly , adapting to your surroundings becomes second nature, whether it’s the climate, the food, or the country’s culture. Since becoming a digital nomad, I’ve also found that I’m more relaxed about things going wrong. I used to get stressed or frustrated about things not working out properly, like a majorly delayed plane or losing the keys to my accommodation. But once these things have happened, you realize they aren’t the end of the world; actually, they’re pretty simple to deal with, albeit rather annoying.

I’ve always been a fairly confident person, especially since I hit my thirties, but my confidence has increased tenfold since becoming a digital nomad. Maybe it’s because staying in apartments or houses rather than hostels, has made me rely on myself to make friends. Or perhaps it’s because being in unknown territory naturally makes a person more self-sufficient. On my travels, I’ve challenged myself in so many ways— by finding somewhere to live in a place where I don’t speak the language, or trying new hobbies and activities— that as a result, I’m more confident in my abilities.

You Realize the Unimportance of Material Things

Like most people in their twenties, I spent that decade accumulating a vast amount of things that I thought I needed. Inevitably, a lot of those things got put on shelves or in cupboards, and then spent months collecting dust until I moved and then remembered they were there. When I decided to become a digital nomad, I reduced my belongings to those that would be useful and that I’d be able to carry with me in a backpack and a cabin bag. This task turned out to be much easier than I had expected; there’s something very freeing in ridding yourself of the majority of your possessions. I found the process akin to a detox, but for my mind instead of my body.

Now I very rarely buy material things, unless they are things which can easily be recycled or reused, such as second-hand books. In fact, a lot of the things I currently have are second-hand, including most of my clothes; there’s no point in having expensive things if they’re going to spend all their time stuffed into a backpack.

Along with the advantages of having a flexible work space, managing my own schedule, and a less stressful working environment, being a digital nomad has opened up another way for to me discover countries and travel in a more satisfying way. It’s given me the chance to immerse myself in cultures far more than I would if I was visiting for a couple of weeks. But for me, it’s not just about the lifestyle, it’s about being able to fulfill my childhood dream of having the freedom to travel the globe with only my backpack, and not having to go home unless I want to.