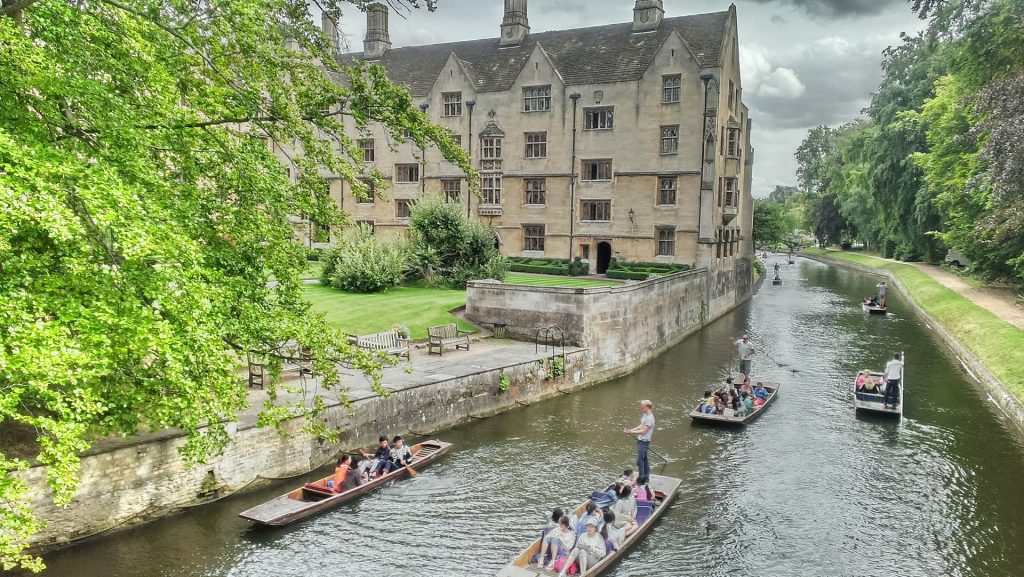 An estimated 30 million visitors per year make London the most visited city in the United Kingdom. Red telephone booths, Tower Bridge, and the allure of a royal family sighting make it the perfect first taste of what England has to offer, but why stop there when there are so many beautiful places to explore just a short ride away?

Distance from London: 2.5 hours by car

Known for its architecture and history, Bath is a sophisticated town that served as inspiration for Jane Austen novels. What once was a Roman settlement is now a wonderful romantic getaway for couples. It’s also great for boutique shopping and taking in loads of history! Spend your day walking the Royal Crescent, having afternoon tea in one of the many local cafes, and gazing upon the style trends of yore at the Fashion Museum.

Distance from London: 2 hours by car

Most photos of Brighton online feature the coastal town’s pebble beaches lined with striped canvas seating or the famous Palace Pier, and that’s exactly what you get here! Brighton is a vibrant town with trendy cafes and record shops, vintage shopping, and open-air markets. You can also hit up the carnival-style games on the pier, which has stood above the water for over a century! Beware of the seagulls if you’re looking to enjoy a lunch by the water — they’re not afraid to steal your fries.

Distance from London: 1 hour by car

Imagine 35 miles of lavender stretched as far as the eye can see against a pale blue English sky. Sounds like a dream, but it’s a real-life place called Hitchin only a 30-minute train ride away. These sprawling flower fields are a photographer’s floral paradise. Make a day of the trip by bringing a picnic to be enjoyed on one of the farm’s picnic tables. There is limited wheelchair access to the main field and dogs are allowed but must remain on their leashes at all times.

Distance from London: 1.5 hours by car

Dungeness is a nature reserve that’s often described by visitors as eerily deserted. Located on the coast of Kent, Dungeness is home to one of the largest expanses of shingle in Europe. It’s home to a historic lighthouse that helped aid ships home until 1960, but you can visit it still today. One of the best things to do in Dungeness is to rent a bicycle and ride around the flat, almost desert-like landscape of the town. There are a number of pubs and breweries if you feel like rewarding yourself post-bike ride with a beer (or two).

Distance from London: 40 minutes by car

Whitsable is the quintessential British seaside getaway. After you snap some photos at the colorful beach huts (some of which have sold for an estimated 150,000 GBP), you’ll want to fill your tank. Eat oysters at Wheeler’s Oyster Bar, a pretty pink building near the town center, or classic fish and chips at any of the number of vendors along the coast. Finish off the day by cycling to Whitsable Castle for sunset if you have time before you head back to the busy city.

Distance from London: 2 hours by car

Best known for its prestigious university, Cambridge is the epitome of quiet sophistication. Arrive in the morning and head straight to Fitzbillies for brunch, a local haunt known for its beautiful cakes and full English breakfast. Next, go punting along the river on a bright spring day, flowers along the banks all in bloom. Hit up King’s College Chapel to gaze at the world’s highest fan-vault ceiling in the world. Finally, stroll across the Mathematical Bridge (officially known as the Wooden Bridge), which many people mistakenly believe uses no nuts or bolts to remain secure.

Distance from London: 1.5 hours by car

Canterbury is a fantastic town known mainly for its cathedral and ancient Roman walls. Just a short trip from London will put you in the middle of this picturesque place where you can hit up the Farmer’s Market in the Goods Shed, sip the afternoon away in Tiny Tim’s Tearoom, and peruse a retro games emporium. There is also the Beaney House of Art and Knowledge for visiting art history enthusiasts.

While London is a stunning metropolitan area, there is so much more to England than Big Ben and the House of Parliament. These beautiful towns and beaches are just a short car or train journey away. Whether you are looking for an artsy afternoon or a quiet nature escape, there is a day trip from London for you.

1 thought on “Beyond Big Ben: Day trips from London”