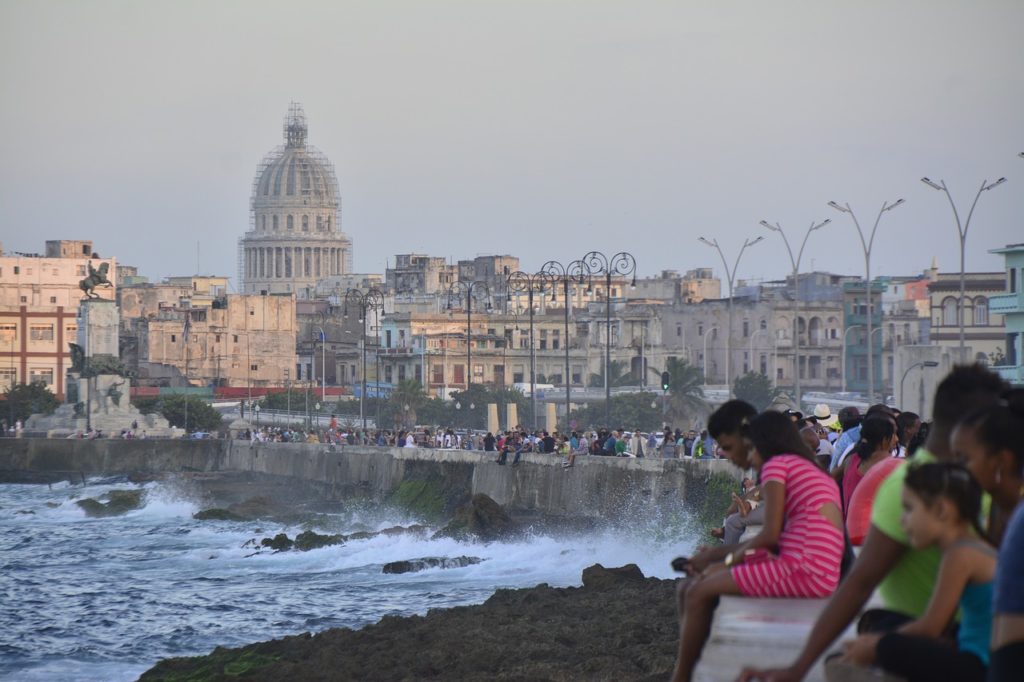 By Jennifer Richardson | March 30, 2018 Caribbean and AtlanticOff the Beaten PathArchitecture

On a humid Spring evening, a block from Havana’s famous Malecon, I found myself standing on a curb, sharing a bottle of rum with my good friend and traveling companion Sandra, and three strangers. We’d all met earlier at a nearby salsa club tucked in an alleyway between the Centro and Old Havana neighborhoods, a local joint. It sounds like a casual night out, but it was the highlight of our week-long trip.

An Adventurous Approach to Travel

Sandra had visited Cuba three years before where she and some friends spent the week at a resort in the tourist town of Varadero. It was my first time in Cuba and I was determined to introduce Sandra to my style of wandering the world— a more adventurous, budget travel approach. We planned to discover the other side of Cuba, away from the all-inclusive resorts.

Touristy Cuba is on display around the Jose Marti Square, the center of Cuba’s capital city of Havana, where there are brand name hotels fronted by wide, luxurious patios filled with foreigners. Parked a few steps from the square are the well-known 1950s American classic Chevrolets and Fords, painted beautiful turquoise blue, pink and purple colors. Waxed and polished, they stand ready to take tourists on a slow ride around the postcard-perfect-looking parts of Havana.

The antidote to those hotels is a stay in a casa particulares, a private homestay, similar to a bed and breakfast. We found ours on Airbnb and booked our first four nights in Cuba with Maria and Ricardo, a couple in their late 50s who live in a 3-story colonial house with their extended family.

The Salsa Club Across the Street

We spent our first two nights checking out Old Havana, but on our third night, Ricardo suggested we go to a salsa club across the street. Crossing the little alleyway just after 7 p.m., Sandra and I walked in, paid the cover charge (only for foreigners) and were greeted instantly by one of the friendly club owners. He wore a full white suit and fedora and led us to the back room, which was filled with locals of all ages. The room was reminiscent of a basement church hall, with lots of round tables and plastic chairs. A 5-piece band played at the front of the stage. Squished and sweaty, we danced salsa, mambo, and the rumba for two hours.

When the band finished their set, Sandra and I ventured to the bar for rum and cokes, where we met the only other tourists in the joint. They introduced themselves as Hans and Ana, radiology technicians living and working in New Orleans. They were chaperoned by a young Cuban man named Alexis, their tour guide.

“He found us wandering along the Malecon and offered to show us around for the afternoon,” Ana told us, before taking a sip of her rum and coke. “We wouldn’t have found this place if it wasn’t for him. Isn’t it great here?” We agreed.

When we finished our round of drinks, the club was closing, so Alexis suggested we take the party elsewhere. Sandra and I knew of a few bars from our first nights in the city, though they charged 2.50 CUC ($2.50 U.S.) for cocktails and sometimes a small entrance fee if there was live music.

“We can buy another bottle at the shop and drink it on the corner by the park,” Alexis said. “That’s local style. It’s what Cubans do.” So, we followed our newfound friends to drink on the street corner. When in Havana, as the saying goes.

We sweetened our Havana Club rum with Ciero Montero, the local cola-flavored beverage and sipped our drinks under the stars as we got to know each other. Alexis told me he was a teacher and hailed from Santiago, a major city on the opposite end of the island as Havana. I asked him why he left his home and profession to move to Havana.

Drinking and Math: Calculating the Cost of a Night Out

“More money. I can charge 10 CUC for one hour to show tourists around the city. For a few hours a day, that is very good.”The minimum wage in Cuba is 250 pesos a month, which is equivalent to 10 CUC, Alexis told us. That was what he charged Ana and Hans for every hour as their tour guide, a rate they happily paid. By comparison, the standard teacher’s salary, like that of doctors, is 25-30 CUC a month

“A MONTH?!” I took a sip from my glass of rum and did a mental calculation of how much each sip would cost using a Cuban teachers salary.

I looked at Sandra who was chatting with Ana and Hans. They all worked in the same hospital back at home, and used the ten days off they got every five weeks for trips around the U.S. and abroad, a luxury that doctors in this country could never afford.

The night stretched into the wee hours as we lingered on the curb next to the park. At 3 a.m. in Havana, the parks by the Malecon are filled with locals. I didn’t notice many homeless people in the country, but a lot of people hang out in parks until late in the evening.

An Experience that Lasted

We woke late the next morning and decamped to Cienfuegos, a Colonial seaside city 150 miles southeast of Havana. But it was the capital that stayed with us.

We returned to the Malecon on our last night in Cuba, before an early morning flight the next day to the U.S. mainland and onwards to Canada. Sandra and I wandered up the strip towards the university neighborhood of Vedado, passing couples cuddling and looking out at the water and the Havana skyline. Across the street from the Malecon, we noticed a number of old, crumbling and weathered colonial buildings that were slowly being transformed into what I assumed would eventually be shiny new hotels.

Up the road from the Malecon, we soon arrived at La Zorra Y El Cuervo, a Havana club we’d heard about that hosts nightly live jazz and other music performed by the country’s top musicians. To enter was 10 CUC or 250 Cuban pesos, according to the big white sign by the front door.

As we took our last few cripsy Cuban CUC bills from our wallets to pay, I couldn’t help but think of how many lessons Alexis would have to teach, or how many patients the qualified Cuban doctors would have to treat, to get enough money for a night of music and a few cocktails in this place.

We never did visit the Revolution Museum; instead, we learned about the effects of the revolution firsthand, from people like Alexis and others. We will cherish that Havana night, socializing on the curb, and listening to Alexis’ story. 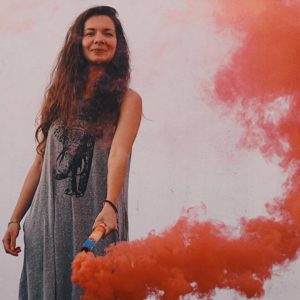 Jennifer Richardson’s made a life for herself on the road. She spent years teaching English in countries like China, South Korea, and Thailand, in between her solo backpacking trips. Originally from Montreal, Canada, she is currently living her dream of traveling while she works as a freelance writer and editor. Her first book, Arrival Stories: Tales of Finding New Direction in Strange Places, is a collection of personal essays documenting almost ten years of travel. It’s available for purchase on Amazon. You can find her in coffee shops around the world, working on her latest travel piece.