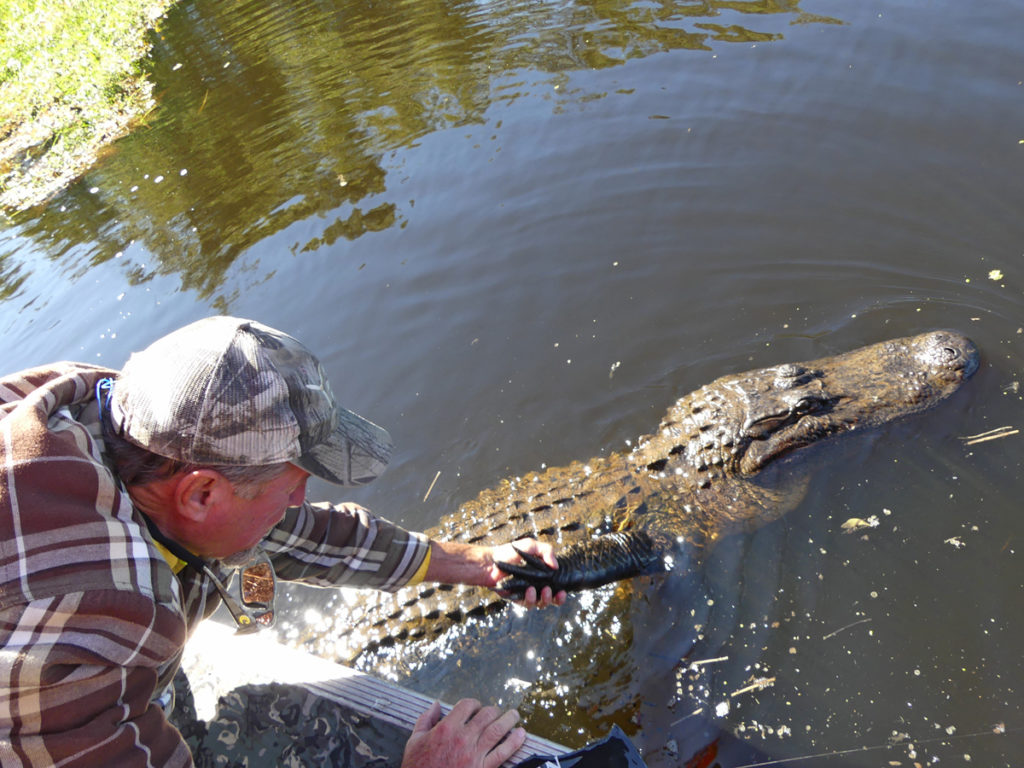 In Southern Louisiana, French Canadian migrants settled and intermingled with the existing community to create a unique ethnic group, the Cajuns, whose culture continues to thrive today. Visitors can learn more about the Cajuns through a visit to Lafayette Parish, where they can explore their history, customs, music and food.

History of the Arcadians

In the 1760s, thousands of French Canadians, known as Acadians, were driven out of Canada’s maritime provinces by the British, who were at war with the French. Britain mistrusted the loyalty of the Acadians, in part because of their religion—the Acadians were Catholic, while the British monarch was Protestant. The Lafayette Acadian Cultural Center, tells the history of their expulsion and the hardships they faced that led many of them to Louisiana.

At the Cultural Center, we read about the discrimination they faced. For example, a group of 1,500 refugees were not allowed to disembark in Massachusetts and died of smallpox. Also, many of the 450 Acadians who landed in Pennsylvania were imprisoned for not giving up their children to English-speaking families. Among those who landed in New York, a third were sold as indentured servants or restricted to living on offshore islands. Many refugees were eventually welcomed into Catholic Spanish-owned Louisiana and assimilated into the existing southern Louisiana culture.

A ranger at the Cultural Center explained how the cultures mixed by pointing to Cajun music. “The main instrument in Cajun music is the German accordion,” she said. “And then we have the fiddle, which is French. We also have a guitar, which is a Spanish influence and we have the triangle, rub board and spoons which are African instruments.”

Vermilionville Living History Museum and Folklife Park is another way to learn about the Acadian, Creole and Native American cultures. The 23-acre 18th Century village recreates Acadian period homes, with costumed staff demonstrating arts and crafts. But in Vermillionville’s historic village, the people are more than re-enactors; they are descendants of the people they portray and this is their culture. Wandering among the early Acadian homes, school, church, blacksmith shop and other authentic structures at the village, we got a feel for the lifestyle of early Louisiana life. Among those people we met and learned from were:

Alligators and water-life are an important part of Cajun country culture. A good way to get up close and personal with the local waterways is to take an airboat tour at Atchafalaya Basin Landing & Marina. Captain Tucker Friedman grew up on the bayou and knows it well. He spoke English and Cajun French and took us out into the Atchafalaya Basin, the largest wetland and swamp in the United States created by the convergence of the Atchafalaya River and the Gulf of Mexico. It’s filled with wildlife, which we experienced even before leaving the dock. Robert (pronounced Row Bear in Cajun) is a beautiful snowy heron. Once on the water, we saw more herons, an osprey, and assorted other birds.

Captain Tucker said, “Welcome to my living room” as we motored over the basin. He navigated between large cypress trees growing all over in the water. He explained that Cypress lumber is resistant to water and termites so was in high demand for building.

He pointed out another tree. “This is the black willow, the willow is known for its medicinal value. It was originally what aspirin was derived from,” he said. “We still have some local people who make tea out of it. They use it for arthritis and things of that nature.”

He drove us deeper into the basin and pointed out Cherie, a blind female gator well disguised by mud and plants. The ultimate surprise was when he stopped the airboat and began tapping the water with a paddle and crooning softly in Cajun. Within seconds, an eight or nine-foot alligator approached. Captain Tucker told us the alligator was named Hercules. The captain reached out and patted his head. Hercules allowed Captain Tucker to grasp its paw. He had removed a large fishhook from Hercules’ side many years ago and the alligator recognizes him as a friend. He rewarded Hercules with some chicken parts and the alligator swam away.

Alligators are entrees and appetizers at many restaurants in Lafayette. Food is an intricate part of Cajun culture. Café Vermillionville was built around 1835 and became a restaurant in 1981. The restaurant serves marinated, deep-fried alligator tenderloin served with Dijon mustard aioli and fried pickles and Crawfish Beignets.

Creole culture is represented at Laura’s II restaurant in Lafayette, where everything is plated in boxes. The most popular specials are the Turkey Wings and the Fried Pork Chops. The rice and gravy is a tradition from her grandmother’s kitchen. Owner Madonna Broussard said, “My grandmother was one of the first to open a soul-food restaurant out of one side of her house in 1968. There was a fire in 1975 and she rebuilt in a trailer. In that little trailer is where we started serving almost everybody. If your parents sent you to school in Lafayette in the ‘70s, my grandmother was cooking for you.”

Music is a big part of Cajun culture. In the Lafayette Parish town of Breaux Bridge, also known as the Crawfish Capital of the World, the Buck and Johnny’s Zydeco Breakfast on Saturday mornings marries the food and music.

The food reflects the music and culture with dishes like ‘Don’t Mess with my Tasso,’ an omelet with grilled onions and tasso that’s topped with Atchafalaya cream sauce or Cajun Swamp Rice. They also serve scrambled eggs and rice topped with crawfish étouffée.

On the Saturday we visited, Chubby Carrier and The Bayou Swamp Band played and Cajuns, Creole and visitors two-stepping across the dance floor.

George Rodrigue’s art brought Cajun life to prominence with his ‘Blue Dog’ paintings depicting a blue dog as the legendary bayou werewolf, Lupe Garau. At his son’s restaurant, Blue Dog Café, in Lafayette, art, food and music merge. On the walls, there’s an iconic image of Hank Williams who brought about a nationwide interest in Cajun culture with his 1952 song, Jambalaya.

So head on down to Louisiana, and to quote Williams, “have big fun,” with a visit to Lafayette Parish, the heart of Cajun Country.