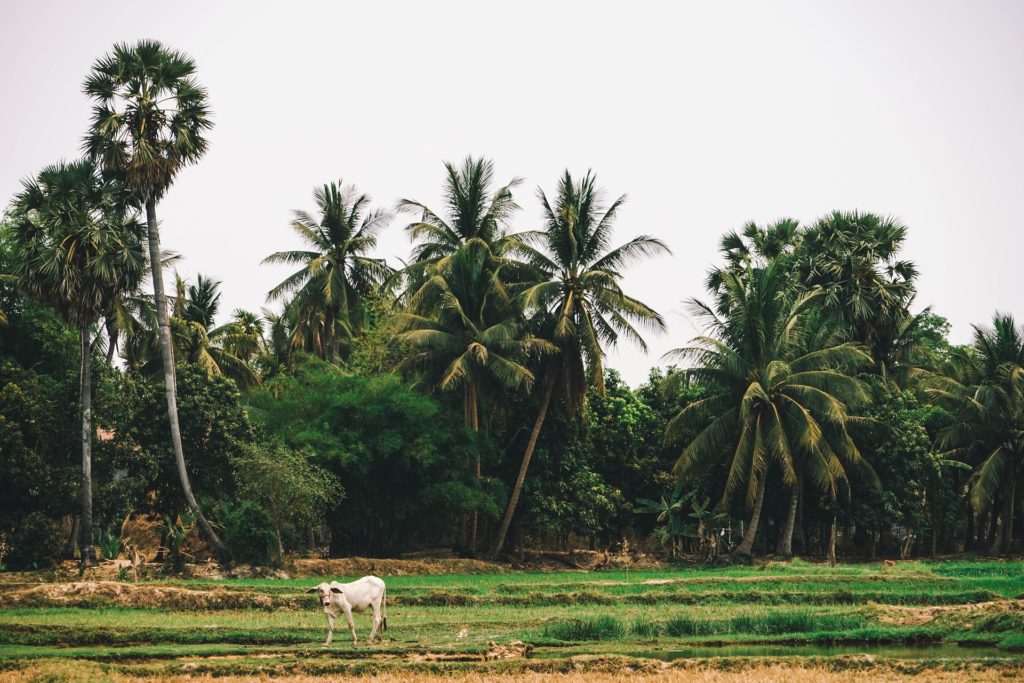 Over four years in the early 1970s, Cambodia, a Southeast Asian country now frequented by backpacking tourists, faced one of the worst human atrocities imaginable– a state-sponsored genocide wiping out one-third of the nation’s population.

Now, barely 40 years since the tragedies of the Cambodian genocide, which was carried out by the Khmer Rouge regime under the leadership of Pol Pot, Cambodia is riding the wave of tourists’ morbid curiosity in what some experts call the ultimate form of voyeurism– dark tourism. There are two schools of thought about this niche of the tourism industry. The first is that dark tourism can be used as a tool to educate visitors about global issues and the sad pasts countries have endured. Others argue that dark tourism merely is feeding trauma fetishes.

What is Dark Tourism?

Dark tourism is a niche within the travel industry that refers to travelers visiting places marked by mass tragedy, disaster, and death. This subset of tourism, which includes all things grim and somber, can be found around the world. From touring the Auschwitz concentration camp in Poland, swimming in an atomic lake created by nuclear fallout in Kazakhstan or simulating a terrifying border crossing from Mexico into the United States– dark tourism continues to increase in popularity. There is possibly no place that has benefited from dark tourism as much as Cambodia.

Globally, these popular tourist attractions bringing in millions of dollars. It’s obvious that generating that amount of money from tourism is appealing, especially in more impoverished places like Cambodia with low gross domestic products. However, understanding where the money from these dark tours goes and who is benefiting from them presents a major moral dilemma that revolves around tourist etiquette and historical education. It also leads to a bigger, more existential question: why are we as humans attracted to death and destruction?

Some places fall under the category of “dark tourism” because of their somber history, like Ground Zero in New York City, the Memorial of the Murdered Jews in Berlin, and the Choeung Ek Memorial in Phnom Penh.  These places serve as historical memorial sites but don’t cross the invisible line into murkier dark tourism territory.

On the opposite side of the metaphorical line lies a distinctly different type of dark tourism, one that offers tourists activities like playing Nazis versus Allies in a WWII reenactment, and shooting an assault rifle near the Cambodian Killing Fields. That’s right. Where firing squads once massacred groups of Cambodians, tourists can now pay big money to shoot an AK-47, most of which are from the Khmer Rouge era. Those who are willing to pay extra can shoot live targets– cows. The question is, why would tourists want to? To make matters worse, the profits from shooting these assault rifles goes back to the Cambodian government, straight into the pockets of the Army. This means the locals aren’t directly benefiting at all.

This is where the ethics of dark tourism come into play. While there are landmarks that stand as tribute to atrocities that have been overcome or are testaments to the human spirit enduring tragedy and persevering, there are tourist sites that are driven by voyeurism and attract people who get enjoyment from recreating the pain of others.

While we may never know why humans are drawn to devastation, experts and psychologists speculate about what dark tourists’ intentions are and criticize why the market for it exists: what purpose is it serving as a form of travel?

Optimists believe that tourists partake in the dark attractions in Cambodia to educate themselves on the gruesome Cambodian genocide. Skeptics find dark tourism a way to fetishize trauma and tragedy. They make the argument that there is nothing educational about shooting an automatic weapon in a field only all too recently riddled by bullets, blood, and bodies.

Professor Lennon from Glasgow Caledonian University London helped coin the term “dark tourism” and has spent his career understanding the motivations for visits to haunted places. He believes that dark tourists are “motivated by a desire for actual or symbolic encounters with death.”

That could explain why tourists pay hundreds of dollars to shoot cows and pigs with the same guns that were once used to kill people under the Communist regime of Cambodia better than just that they simply have a twisted curiosity. Perhaps, the human psyche’s preoccupation with death is what motivates people to partake in dark tourist activities like killing live animals, but a fixation on the impermanence of life doesn’t justify insensitive actions.

In every destination, it’s easy to spot tourists behaving in a culturally inappropriate and insensitive way. But in Phom Phenh and some other dark tourism locations, this behavior is taken to an extreme. While visiting the mass graves in Cambodia, I’ve seen tourists taking shortcuts across the gravesites, despite clear signage forbidding it. Selfies are snapped with the thousands of skulls that line the Choeung Ek Memorial are all too common, as are photos of influencers posing somberly inside the S-21, a high-school complex that was converted into a prison and torture facility during the Cambodian Genocide.

Is Dark Tourism in Cambodia Necessary?

Dark tourism in places like Phomn Phenh may bring awareness to social and political issues that might otherwise go unrecognized by visitors. However, the argument that these places educate tourists only holds up when certain codes of visitor conduct are upheld and historically grim sites are respected by visiting tourists.

While there are lots of opinions on dark tourism, ultimately, the verdict as to its appropriateness should lie with the people of Cambodia. The questions that every traveler visiting these tragic landmarks should be asking are, ‘how are the ones most affected by these traumas affected by this kind of tourism?’ and ‘are these attractions providing educational insight for tourists from the perspective of the locals and the survivors.

1 thought on “Dark Tourism in Cambodia: Exploitation and Cultural Insensitivity”