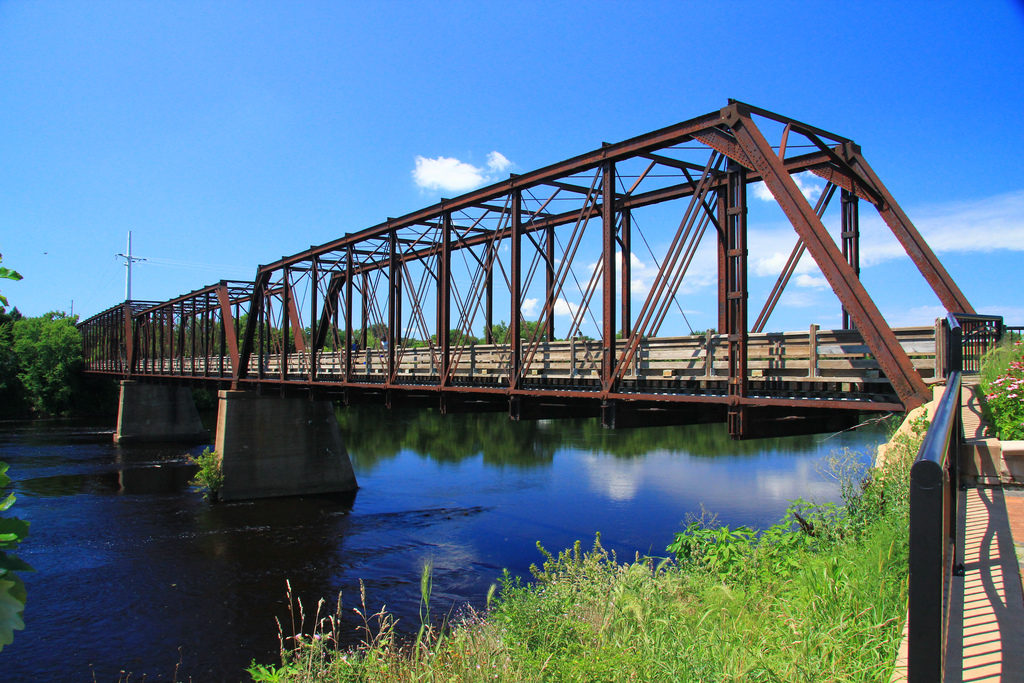 The American heartland city of Eau Claire is enjoying an artistic renaissance. Sitting at the junction of the Eau Claire and Chippewa Rivers in Wisconsin, Eau Claire is French for “clear water,” and water is a defining physical feature of the city. Its natural beauty was the backdrop for my discovery of Eau Claire’s vibrant and varied arts scene, an integral part of the fabric of this special place.

On my first visit, it was fire though not water that caught my eye. The Torch Sisters, an all-female dance troupe, lit up the night with a show that included dancing with fire, hooping, and acrobatics. Their performance took place at the Artisan Forge Studios, an artists’ collective with an emphasis on collaboration.

The Artisan Forge Studios is a creative haven for about 50 artists. The work done at the studio is born out of a vision of artistic collaboration. Greg Johnson, its founder, wanted to create a place where the ideals of artistic creativity, collaboration, community, and education could be celebrated and put into action. Artists gather there to bring their ideas to life, display their work, and sell their artwork to the arts-loving residents and visitors. The Forge also offers classes and, while there, I was able to try my hand at beading under the guidance of Ilana Vocke, owner of Ilana’s Bead Shop.

Another awe-inspiring site was Baroque, an enormous, ethereal, wire mesh sculpture reminiscent of a Cathedral. Created by Italian artist Edoardo Tresoldi, its dramatically lit arches and false pipes set the stage when I visited for an upscale, spiritual flash mob. Led by Michael Rambo, a local musician and performer, the flash mob sang gospel music.

The written arts are celebrated nearby at the Cirenaica Retreat, which welcomes poets, memoirists, fiction writers, nonfiction writers, and others for a variety of short retreats every summer. Like other endeavors in Eau Claire, it’s a collaboration. The Chippewa Valley Writers Guild partners with Cirenaica to sponsor the retreat, which is located on 43 wooded acres. Writing is my passion and I was captivated by the bucolic setting when I visited and enjoyed hearing from writers who had stayed and created at the retreat in past summers.

Art can be found all over Eau Claire. You don’t even have to go indoors. The Sculpture Tour Eau Claire features a variety of sculptures in locations all over the city. This year’s group includes a bronze stalking fox by David Turner and a mixed metal sloth by Dale Lewis, titled “Slow as You Go!” They are loaned to the exhibit and stay for 11 months, on display for free for all to enjoy. New sculptures are acquired every May and are exhibited until the following April. The sculptures are available for art lovers to purchase, and each year the city buys one and places it on permanent display. That’s one of the multiple ways Eau Claire is beautifying itself with art one year at a time.

Music at the Oxbow

Creativity was even evident at the hotel where I stayed. The Oxbow Hotel embraces music, which can be partially explained by the fact that Justin Vernon, a local musician and the creative force behind the band Bon Iver, is one of the owners. The hotel often has live music in the restaurant bar, The Lakely. Guests also have a record player in every room and they can check out records for free from the lobby.

I was inspired to create my first ever painting at an art class held by Jeanine at Arts, Etc. It was a lot of fun, and the supportive, inclusive environment made the students feel like an accomplished artist even if we were only dabbling in our first attempts at painting on a canvas. The art studio is one of several artistic businesses located in Banbury Place in Eau Claire.

The city’s vegan cuisine was an art form as well. From scrumptious vegan ice cream at Ramone’s Ice Cream Parlor to delectable gnocchi at Mona Lisa’s Restaurant, it was easy to find delightful food in line with my ethics.

Eau Claire is a city that inspires a sense of hope, joy, and kinetic energy with its rich, collaborative, arts scene. It’s a place that makes you stop and think about it months after your visit. You won’t forget all the beautiful sights, tastes, smells, and new experiences it holds. 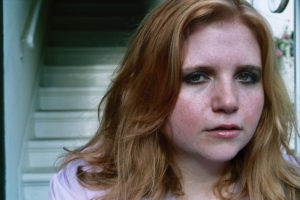