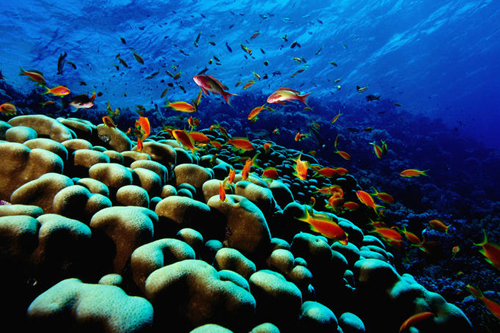 Life in the modern world is often a high stress and fast paced wild ride and sometimes, we all just want to get away from it all and go to some tropical island and get there fast and take it slow. When that need takes hold of you, there is no better place to find yourself than in the natural splendor of the island nation of Barbados in the Lesser Antilles. Located in the Atlantic Ocean, just north of South America and east of the Caribbean Sea, this tropical island is host to a number of beautiful natural sites that have made it one of the leading destinations for eco tourism in the Caribbean.

One of the most striking natural features of Barbados is the spectacular Harrison’s Cave. This cave system is a testament to the amazing wonders of geology. Discovered in the 1700’s, Harrison’s Cave was left mostly alone until 1970 when Barbados commissioned it to be surveyed and mapped. In 1974 the cave began to be developed to serve as a beacon for tourism to Barbados. Visitors are driven through the site inside an electric tram down to the lowest point of the cave. Throughout the caves are a host of stalactites and stalagmites, formed over the millennia that in some places have reached such size that they have joined together to form majestic pillars. Streams of water cascade in waterfalls into deep pools colored emerald by the limestone. At the bottom of the cave, visitors exit the tram to walk alongside a large waterfall that plummets deep below. Harrison’s Cave is a must see for anyone seeking a casual yet spectacular spelunking experience.

If what you are looking for is a tropical jungle getaway, then look no further than Welchman Hall Gully. Formed on the top of collapsed sections of Harrison’s Cave, this spectacular gully was once a plantation owned by the Welshman General William Asygell Williams and is believed to be the birthplace of the grapefruit. The gully is a mixture of tropical forest and orchard that stretches along for ¾ of a mile and maintains the feeling of pre-colonial Barbados. Throughout the walk, comingled with the exotic plants are rock outcroppings still adorned by stalagmites and stalactites that have survived the threat of rain erosion. The development of Barbados and demands of sugar plantations destroyed most of the native plant life on the island and the gully is the sole location where much of the native flora was able to survive. The gully is also the home to two troops of green monkeys which can be seen throughout your walk and have two regular feeding times in which you can watch and take pictures.

The Flower Forest Botanical Garden is a 53-acre sprawling attraction that is host to a wide plethora of tropical flora. Nestled in the center of the St. Joseph region, paths meander and crisscross through 7 acres of purely wild gardens and up through maintained tropical landscapes, with all sorts of flowers and greenery such as heliconias or bird of paradise. Green monkeys often spend their time in the Flower Forest and have become quite accustomed to the comings and goings of tourists. Your stroll will be enriched by the many varieties of tropical birds that serenade travelers with their beautiful songs. Along the path are many benches and people are encouraged to sit and enjoy the sights, or even stray from the path to get closer a closer look. The paths are all wheelchair accessible and guided tours of the Forest last about forty-five minutes.

Once you have finished your submarine guided tour, you can make your way to Barbados Blue to take in the sights up close and personal through scuba diving and snorkeling. Located at the Hilton Hotel, Barbados Blue offers gear and classes for anyone interested in heading down under the sea through their own power. Their classes will teach you all the basics of scuba diving and snorkeling and will get you on your first dive the very first day. Their trained experts can take you to a series of dive sites and can support anyone healthy enough to dive above the age of 10. With a climate that allows for diving 365 days a year, it is certainly a must for any rounded Barbados experience. If you are inclined to visit the island, don’t be too scared of the price tag, as these days there are plenty of fast holiday loans available. With such a wide plethora of amazing sights and experiences that can be enjoyed by the whole family, it is an exciting and rejuvenating destination for any vacation. Whether swimming with sea turtles and exploring sunken ships, or delving deep into the earth and cavorting with mischievous monkeys, if your journey takes you to this tropical paradise, it will be certain to make memories that will never be forgotten.