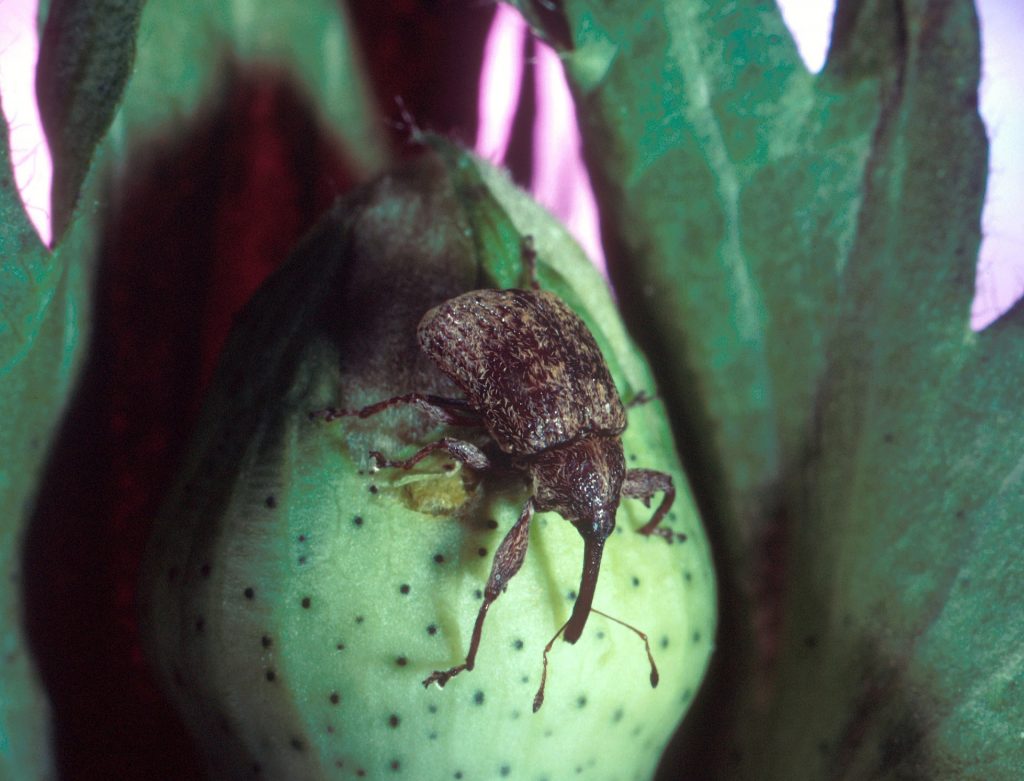 Sometimes tiny towns are overlooked. Enterprise, Alabama is just such a spot. I was on my way to Columbus, GA, when I decided to stop briefly to see the iconic Boll Weevil Monument in Enterprise and was captivated by its perfect small-town Main Street.

I pulled into one of the many open parking spots downtown—no parking meters here— and headed for the monument located at the intersection. The monument is a Southerner one-of-a-kind. To appreciate the humor behind it you have to understand the history of this part of Alabama.

Known as the “Wiregrass Area,” cotton was king here from the early 1800s until about 1915 when an unwelcome immigrant from Mexico invaded. The boll weevil is only about one fourth of an inch long but, the insect, thought to be native to central Mexico, devastated the cotton crop in Alabama by feeding on cotton buds and flowers.

As a result, farmers diversified their crops, planting peanuts in particular. The change in crops was wildly successful, heralding new prosperity to the area’s farmers, and in 1919 the citizens of Enterprise erected a monument to their ability to turn a disaster into a catalyst for change.

The statue depicts a woman in a Grecian style gown with arms stretched above her head holding a trophy. The statue is mounted on a circular pillar with two round streetlamps set in the center of a fountain, encircled by a wrought-iron fence. The plaque reads: “In profound appreciation of the Boll Weevil and what it has done as the herald of prosperity. This monument was erected by the citizens of Enterprise, Coffee County, Alabama.” In 1949, some thirty years later, an oversized, black boll weevil replica was placed atop the trophy.

Catty-corner from the monument is another prominent tribute to the pesky insect. In 2015, the city dedicated a mural by artist Wes Hardin on a two-story building depicting a huge boll weevil destroying local cotton crops, prompting farmers to turn to peanuts as their main crop.

After stopping to see the monument, the lure of the historic buildings drew me in. Most are brick and look turn-of-the-20th-century era. I began browsing Main Street to learn more about a town with such a sense of humor. One cute boutique shop –Main Street is filled with independently owned shops– was Serendipity by Kei, located in the second oldest building in downtown Enterprise. A sales clerk there steered me to the Pea River Historical and Genealogical Society next door.

Rex Addison, vice president and librarian at the historical society, was a wealth of information. He showed me a record of the history of Serendipity, the store I visited next door. It had been built in 1906 as a pharmacy and popular soda fountain and is on the National Register of Historic Places. Addison showed me many of the heritage books that detail the genealogy of many local names, which people use to research their ancestry. He also told me the boll weevil presently atop the monument is not the original one. “People stole that one several times. So now it is in the museum, and an imitation is on the monument,” he explained.

The museum he spoke of is, The Railroad Museum, housed in a 1903 depot. The Alabama Midlands Railroad came to Enterprise in 1898, which started a building boom in the town, which in turn created a need for a railroad depot for passengers. The Railroad Museum has exhibits dating to when Native Americans lived in the area, early 20th-century medical equipment, farm implements, and various historical items. It also houses the original boll weevil that once sat atop the iconic monument.

Lunch at a Local Diner with Korean Family Recipes

After spending about an hour in the museum, I was getting hungry. Nearby a restaurant named Annie’s looked appealing. It had that perfect small town flair. I got the feeling most of the diners knew one another. The kitchen is to the back and open to view and the smells wafting out are tempting. Co-owner, Jeff Lawson told me they have owned the restaurant since August 2008 and kept the original name. “We’re just a family home town restaurant. Everything we do we try to make it here. We cook what we like.”

The building dates to 1950 and everyone in the family helps out. Their dad keeps up the maintenance and expansion as needed. Jeff runs the front mainly, and his brother, Matt, runs the kitchen. Their mother, Young, but known to locals as “Mama,” does the hand-crafted burgers and was running the cash register when I dined there. She is Korean, so many of Annie’s Korean dishes are her old family recipes. There is a basic menu printed, but there were many other dishes offered.

As the railroad brought in more travelers, a hotel was needed. Captain Japheth Rawls met that need in 1903 by building what was first called the McGee Hotel and later the Enterprise Hotel. Today, it’s the historic Rawls Hotel on the National Register of Historic Places. The front of the building faces towards the railroad rather than Main Street, as the early customers were railroad passengers. By 1928 the town had grown so a third floor and the two wings were added. In its heyday, it was the only building in town with heated grates and electric lights. It now houses a restaurant, four-room Bed and Breakfast, and professional offices. Legends tell of two friendly ghosts that roam the third floor. Had I been able to stay for dinner, that restaurant would have been my choice.

As in any Southern town, as expansion came, so did churches. First United Methodist is Enterprise‘s oldest church, completed in 1904. It’s built in High Victorian Gothic style. There were also several antique shops in town. I browsed through Caleb Sasser and Company Antiques and saw many historical souvenirs like an Underwood typewriter, silver candlesticks, and lots of Victorian-era furniture

Enterprise may have lost its cotton to the boll weevil, but it owes that tiny pest a big debt of gratitude for making the town what it is today.