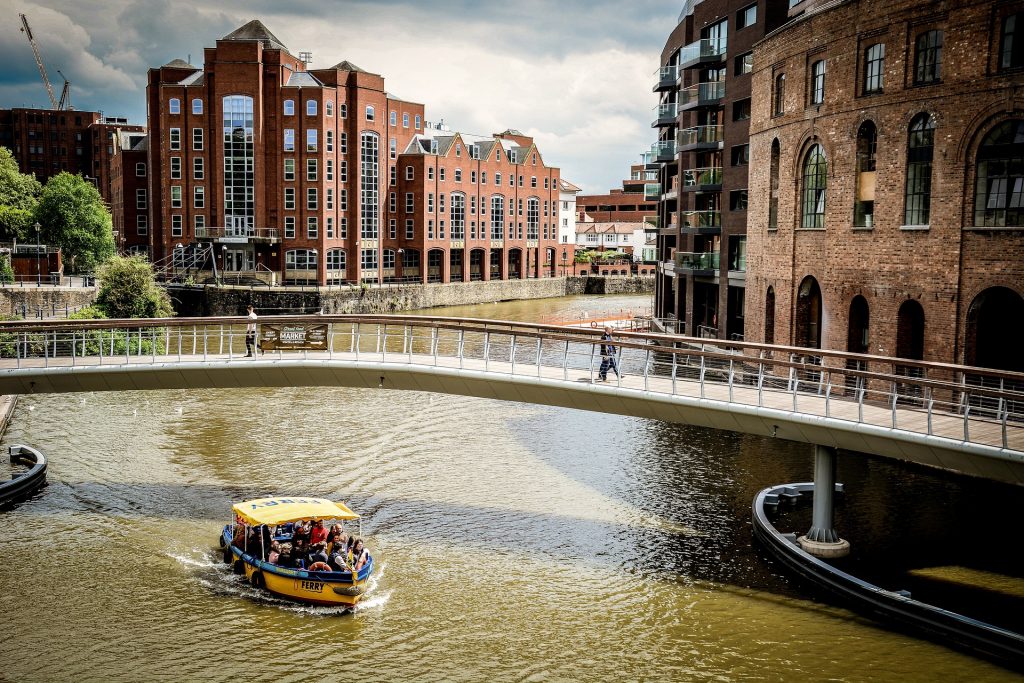 London is the major port of call for most travelers coming to the United Kingdom, and there’s certainly lots in the capital to keep you entertained for weeks on end. When people do venture outside London, it’s usually to the hotspots of Oxford and Edinburgh. But they are not the only places worthy of a visit in the UK. Here are some great cities to visit outside of the usual destinations like London.

Arguably the coolest city in England, Bristol has a lot going for it. Bristol has many different districts, each with its own distinct atmosphere. The harborside is a particularly vibrant area, with plenty of attractions to keep you busy, such as the SS Great Britain, a former passenger steamship, which you can now board and learn more about its varied history, Bristol Aquarium, and We The Curious, a science and arts center. Bristol’s city center is the perfect place for some high-street retail therapy, with a mix of mid-range brand stores, designer names, and independent boutiques. If you prefer retro and vintage shopping, head to Stokes Croft. Clifton is a quaint, peaceful, green area, and home to the famous Clifton Suspension Bridge. Bristol is also the stomping ground of world-renowned artist Banksy, and it’s pretty cool spotting his artwork all around the city.

Hull hasn’t had the best of reputations in the past. Regularly popping up on lists of worst places to live in the UK and considered to be a bleak, post-industrial city, Hull has spent the last few years shrugging off this status and transforming itself into a cultural hotspot. Despite being heavily bombed during the Second World War, there’s still some stunning architecture to be seen, with Georgian terrace houses and heritage warehouses and mills blending with the more modern architecture that has popped up in recent years. Hull is known nationwide as a great place to enjoy arts performances; there are a number of theaters in the city, including the Hull Truck Theatre, which specializes in original plays written by Yorkshire playwrights. The city also hosts lots of cultural festivals throughout the year, such as the Hull Folk and Maritime Festival and Hull Comedy Festival.

With a population of about 2,000 people, St. Davids surprises some travelers when they discover that it is actually a city. In the UK, one of the main features of a city is having a cathedral, and it’s this cathedral that is the focal point of this charming city. A splendid example of Romanesque and English Gothic architecture, the cathedral is also the resting place of the patron saint of Wales, who lent his name to the city – St. David. The city is close to the West Wales coastline, boasting some of the best beaches in the UK, and it’s possible to join wildlife tours to spot many species of whale and dolphin.

Once a leader in the steel industry, Sheffield is another industrial city which has transformed itself into a cool place to visit. It’s a great place if you’re a sports fan; the city has two soccer teams, Sheffield Wednesday and Sheffield United. It also hosts the Snooker World Championships every year and is also home to one of the country’s best ice hockey teams, Sheffield Steelers. There are more breweries per person here than in London – five times more, to be exact – making it the perfect place to try out some local ales. If the city center isn’t for you, it’s not far to the Peak District, which offers walking and hiking trails. As if that wasn’t enough, Sheffield has been touted as the cheapest city in the UK to enjoy a weekend getaway.

Nicknamed the ‘Gateway to the Highlands,’ Stirling is Scotland’s smallest city and one of its most historic. Comparisons with the capital of Edinburgh are justified, but the great thing about Stirling is that it’s much more walkable and you’ll be able to pack more into a short city break here. Stirling has strong links with William Wallace – made known worldwide by the Mel Gibson movie Braveheart – and there are plenty of sites connected with the leader of the Scottish rebellion, including the Wallace Monument, Stirling Old Bridge, and Bannockburn. Other highlights of the city include the castle, the Smith Art Gallery and Museum – which is home to both the world’s football and curling stone – and Stirling Old Town Jail, which was used as a prison during Victorian times. It’s also worth checking out the university gardens, considered to be the most beautiful in the country.

Newcastle-upon-Tyne is known for its nightlife, and this is definitely reason enough to pay a visit. It’s a popular destination for bachelor and bachelorette parties, and you’ll see plenty of them in the city’s nightlife hubs, such as the Quayside, Bigg Market, and the area around Central Station. The city is famous for Newcastle Brown Ale, and it’s considered a must to try at least one while you’re here. However, Newcastle isn’t just about drinking and partying. The city is full of interesting architecture, including the iconic Tyne Bridge, the 12th-century castle, the Gateshead Millennium Bridge, and St. Nicholas Cathedral. Just outside of Newcastle is the Angel of the North, a modern sculpture by renowned artist Antony Gormley. Fans of the mysterious should also keep an eye out for the Vampire Rabbit, a century-old gargoyle of unknown origin, located above the door of an office block next to the cathedral. If you’re spending a little more time in Newcastle than a weekend, then it’s the perfect base to make some easy day trips, including Durham, the Northumberland Coast, and Hadrian’s Wall.

London isn’t the only interesting place in the UK; there are plenty of cities to explore for a weekend break – or longer – each with their individual character. So, be sure to consider beyond London and try one of these alternative cities when you’re next planning a trip to the UK.