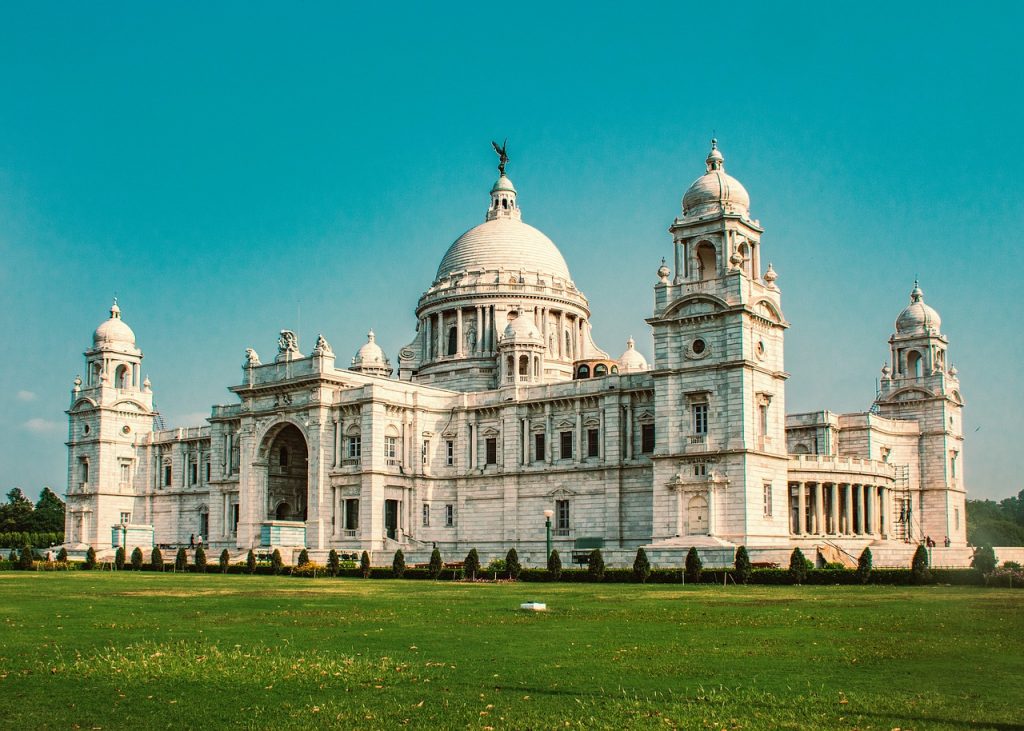 The British colonized India for over 200 years, and cities such as Mumbai, New Delhi and Chennai are home to notable Victorian-era buildings. But Kolkata, formerly Calcutta, was the capital of India for 39 years during the British rule, and it remains the top spot to see colonial architecture, a must-see city for architecture lovers to include on their India itineraries.

Several neighborhoods in the city, like Bhawanipore, which has strong Jewish, Chinese, Armenian as well as other immigrant communities, showcase an eclectic mix of old and new styles of architecture. However, it was the British influence that most profoundly impacted the city’s structures.

By the mid-1850s, Calcutta had developed into two areas that essentially segregated the inhabitants by color. The British “White Town” included many of the colonial buildings and municipal offices still in use today, while “Black Town” was comprised of large parts of North Kolkata, including old rajbaris, the houses of influential locals.

There are two broad ways to label the colonial structures in the city— the landmark, iconic, postcard monuments and the historic, sometimes crumbling, but still functional public offices. In some cases, both these labels intersect.

The landmark, iconic monuments are found in and around the Maidan and Hogg’s Market areas. Victoria Memorial, a white marble monument built between 1906 and 1921 to honor Queen Victoria’s memory following her death, is one such monument that should be on every traveller’s itinerary. Though it was designed by William Emerson, a British architect, there are Mughal, Venetian and Islamic architectural influences on the building as well, notable in its domes and Taj Mahal-like features.

Another iconic Kolkata monument is St. Paul’s Cathedral, which sits close to the Victoria Memorial. Built in the Gothic style, it took about eight years to complete after construction started in 1839. St. Paul’s Cathedral was built on top of another church that was too small to accommodate the growing European community in India. The church, which is the seat of the Diocese of Kolkata, also has regular services. With its stained glass windows, wrought iron gate and Renaissance style frescos its charm draws tourist from many countries and faiths and is popular for its midnight mass on Christmas.

Many active administrative buildings in Kolkata also showcase the distinct colonial style architecture. One of the most interesting of these is the city’s High Court, the oldest in the country. Walter Granville designed this neo-gothic structure, which was established in 1862. With its bright red façade, center tower and pointed windows, it was inspired by the Belgian Cloth Hall in Ypres, Belgium.

A good area to see several old, yet still functional buildings of interest, is in the BBD Bagh area. Previously called Dalhousie Square, BBD Bagh’s streets are usually packed with buses, trams and people. The General Post Office, the former Secretariat for the State Government, the Reserve Bank of India are all located in this area, and were constructed by the British in the classic colonial architectural style.

The BBD Bagh area is built around the Lal Dighi, a human-made water tank that looks like a pond and was built before British times. Facing the water is the Writer’s Building, which is a typical Calcutta style building. Its long corridors, slatted windows, red floors and numerous pillars, reflect the building style at the time the city was designated by the British as the capital.

The Writer’s Building dates back to 1776, though the structure itself has seen significant changes leading to its current form. Over the years, additions that extended the building for several blocks were built, a long veranda on the first and second floors was added, an iron staircase was appended to the building and statues, including of Greek goddesses, were also added to the building complex.

The Writer’s Building was originally built as an office building where clerks worked at the East India Company. Until recently, it served as the Secretariat of the State of West Bengal. Due to the damage it sustained over time, the building is now under renovation and temporarily closed. A stroll around this red brick building’s perimeter showcases its grandeur, in terms of scale and size, and one can almost imagine important decisions being made inside its long corridors.

There are several other important buildings in this area, such as the General Post Office, which dates back to the 1860s, the St John’s Church, where the grave of ‘the founder of British Calcutta,’ Job Charnock can be found. Also of interest is Town Hall, a building intended for social gatherings, dating back to 1813. This hall, built in a Doric style, has a grand entrance with a large ceiling big enough for a two-storied building. Government officials sometimes receive people at Town Hall though it is currently a museum, which often hosts exhibits related to the city’s heritage.

The large British-style mansion Raj Bhavan, which was nicknamed the ‘Government House’ when India was still a colony, is also worth seeing. This building was put up by the palace-loving former Governor General of India, Lord Richard Wellesley. Now, it serves as a home to the Governor of the state. The public cannot visit Raj Bhavan but it remains notable because of its opulent yellow color and its surrounding gardens. 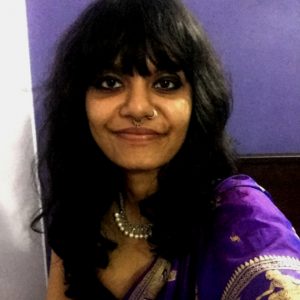 Mehk Chakraborty is an Indian journalist and writer who loves to travel and explore the arts.  She speaks 4 languages, and hopes to learn a dozen more. She has an educational background in Political Science and International Affairs but her interests include feminism, philosophy, poetry and yoga.