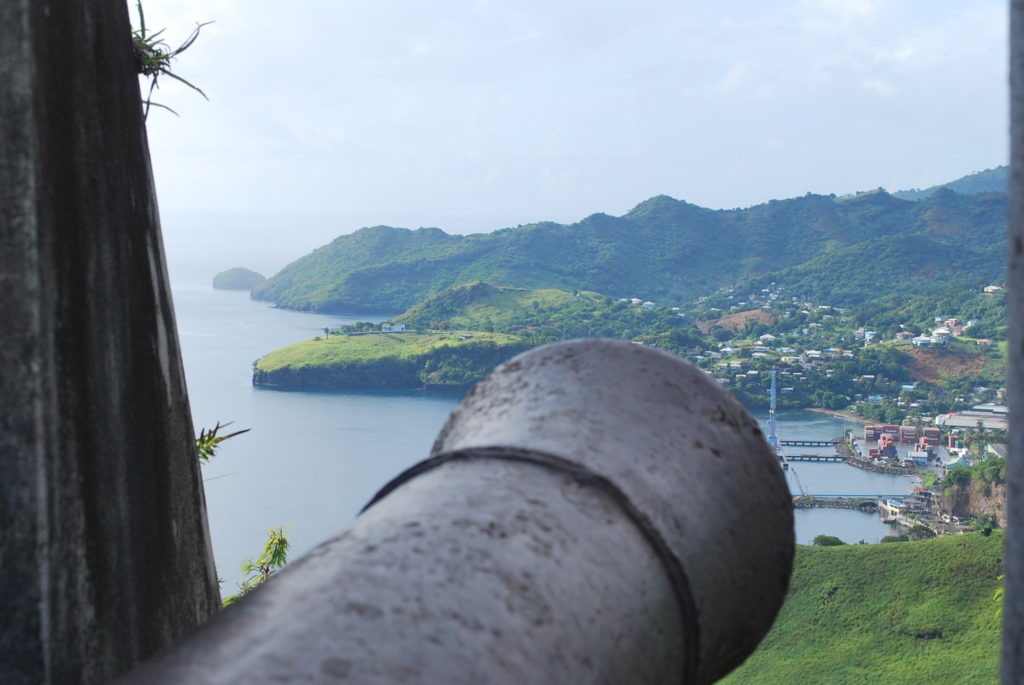 The small island of Saint Vincent can be easily overlooked from the grand scene of world travel, surrounded by the endless ocean and other more glittering destinations. Nevertheless, some places deserve to be left alone, unknown to the effects of mass tourism, veritable oasis of authenticity and exoticism. Part of the small Caribbean nation of Saint Vincent, together with the smaller southern Grenadine islands, is a destination that sounds like a natural heaven and it truly is, but there are also fascinating historical attractions, many of them going back to the colonial age. A historical tour of Saint Vincent can uncover a handful of unexpected marvels, starting with the capital of Kingstown, a charming colonial town with picturesque stone houses, archways and cobblestone streets that is brought to life by the colorful weekly market.

Just a leap north of Kingstown, travelers can discover the impressive Fort Charlotte, perched atop a hill and offering unforgettable panoramas of the capital and the Grenadines to the south. The fort is over 200 years old, built to house about 600 soldiers and equipped with strong cannons that some still remain today. Named after the wife of King George III, visitors should also explore the officers’ quarter in order to admire some interesting paintings about the history of the Black Caribs. The old history of Saint Vincent can be uncovered by visiting the small village of Layou, an authentic destination in itself; it is surrounded by a rocky landscape, dotted with mysterious carvings of Amerindian origin. The Layou Petroglyph Park offers more intriguing signs of the island’s indigenous inhabitants.

Back in the capital of Kingstown at the island of Saint Vincent , the remnants of the past, starting with the first settlers, passing through the British and French colonization and including the African and East Indian influences are displayed inside the National Trust Museum.  In addition, the small St. Mary Catholic Cathedral and the St. George Anglican Church are interesting historic attractions that were built two centuries ago.  Nearby, you can travel through history at the Black Point Historic and Recreation Park that features the Jasper Rock Tunnel that was dug by Caribbean and African slaves through solid volcanic rock.

Throughout the island of Saint Vincent, there are other artifacts and heritage sites worth exploring.  Sites range from the old Amerindians or from more recent colonial ages and a historical tour of the island is well worth the experience, greatly augmented by the unbelievable natural beauty of the place.