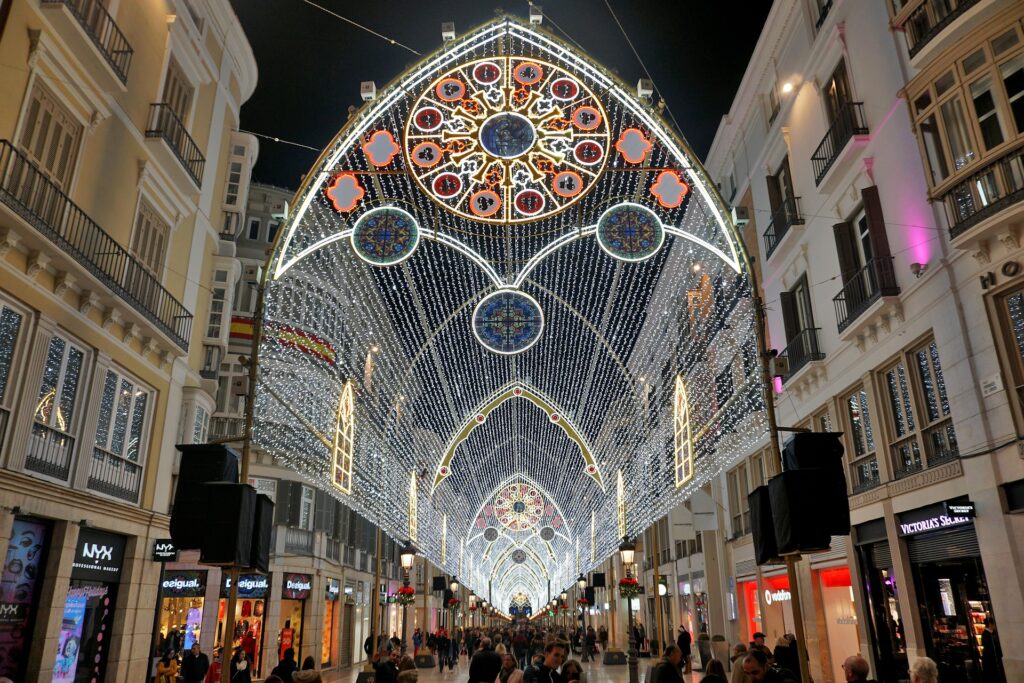 I have always been a holiday person. I love the entire season, starting with Thanksgiving and ending with New Years. Getting together with family, popping the champagne, and eating entirely too much while singing familiar songs gets me through those cold months.

When I moved to Spain, I knew I’d have to say goodbye to the very North-American traditions of Halloween and Thanksgiving. The commercial aspect of Halloween is starting to make its mark on Europe but large-scale trick-or-treating and decorating your house isn’t done here. Thanksgiving isn’t given a second thought in Spain, while Black Friday has, unfortunately, become a bonafide event. Europeans flock to the stores for small discounts just as they do in America, but without the warm memory of last night’s mashed potatoes and turkey.

However, I didn’t think that Christmas could change much. I had always assumed that the holiday season in one majority Christian country would be the same as in another. Like most things, when I moved to Spain, I realized my assumptions weren’t entirely true. Although the sparkling lights, trees, and gift-giving are in full swing, Spain does the holidays a little differently. In fact, in Spain, every child’s biggest dream is a reality- two Christmases.

Most Spanish celebrate Christmas on the 25th with family but then on January 6th, they celebrate the main event of the season, Tres Reyes Magos (Three Kings). Traditionally, Three Kings has been a bigger celebration than Christmas. People dress up as the three wise men for parades with elaborate floats that bring crowds of excited children.

During the night of January 5th, the three kings leave presents for all of the good children to wake up to. Many families also wait until the Three Kings holiday to swap gifts with family.

The popularity of the American Santa Claus (known as Papá Noel) has gradually started to change the old Spanish traditions. From the children I worked with at schools, they all love Santa Claus but still usually receive their presents from the Three Kings. Their grandparent’s generation didn’t grow up with this constant exposure to the American Santa Claus, so family events usually still center around January 6th.

Other families use the two holidays as an opportunity for their children to share one holiday with each set of grandparents and families. The kids who get two days to open presents and eat candy seem to enjoy the arrangement.

Many apartments in the center of Spanish cities are small and don’t have ovens. Roasted food isn’t as beloved in the country as things made on the stovetop. Christmas dinner favorites include seafood, hearty soups, and plates of cured ham and cheese.

Dessert includes turron, which translates as nougat but isn’t quite the same. It is traditionally made with egg whites, sugar, shaved almonds, and shaped into a rectangle. The soft version is cut with a knife and has the consistency of a firm peanut butter. Hard turron is more like a peanut brittle and can be cracked and shared. Modern tastes are taken into account and now turron is made with all sorts of ingredients, from chocolate, dried fruits, and yogurt.

The Roscón de Reyes is the star dessert of the Christmas holidays. This is a sweet bread shaped into a crown with dried, candied fruits to serve as the jewels. It is cut in half with cream placed in the middle. Bakeries start orders in the months before the holidays and the famous ones sell out quickly.

Choosing the right slice is very important, as there are two surprises baked into the cake. One is a bean and the other is a small figurine, traditionally a king or queen but now can be anything. The person who finds the figurine will have good luck for the rest of the year- while the unlikely party-goer who finds the bean has to buy the roscon next year!

Another popular tradition in Spain are extravagant nativity scenes. These are usually miniature towns, complete with animals, tented markets with bakers and farmers selling their wares, ponds with fish, mountains, and houses. Somewhere in the midst of all this, is the traditional scene of Jesus, Mary, Joseph, and the three kings. Most towns will have their nativity in a tent near a main square and visitors walk around the nativity scene, trying to take in all of the miniature details.

Ringing in the New Year looks a bit different in Spain as well. Instead of heading to New York’s Time Square, big crowds gather in Puerto del Sol in Madrid and watch the clock.

As the count to the New Year starts, Spaniards eat 12 green grapes for the last 12 seconds. You have to hurry to eat one grape per second but if you do, you will have luck for the new year. Then, just like everywhere else, everyone stays up late to celebrate.

The years I’ve spent celebrating Christmas away from home have taught me a lot. Even if you are far from where you grew up for the holiday season, I am certain you will find a new tradition to love like I did.