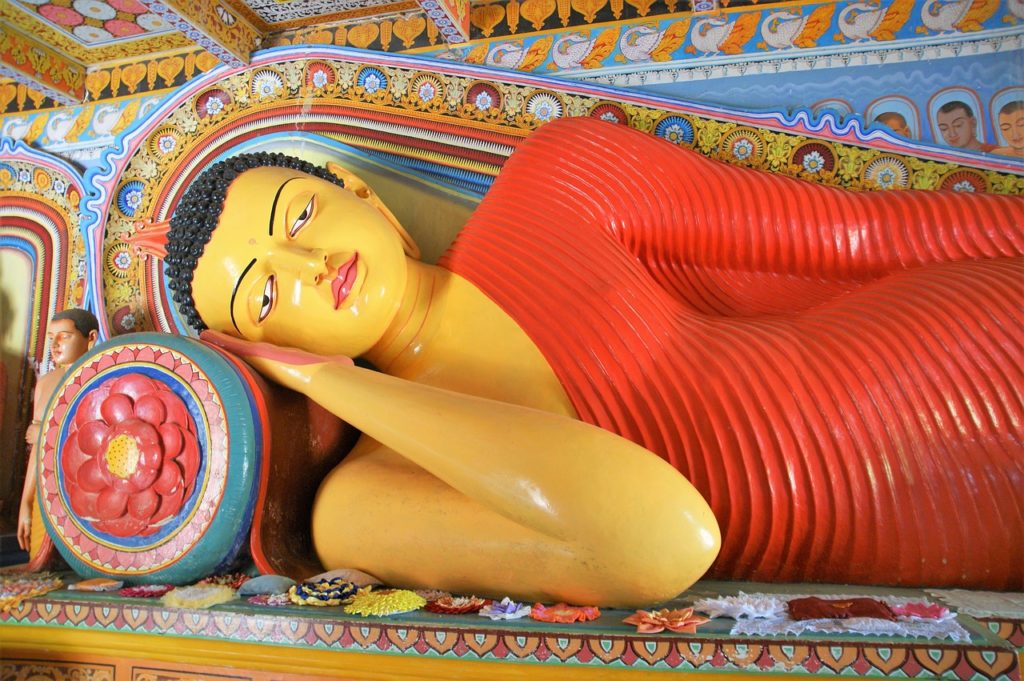 The Sri Lankan Civil War ended in 2009. Since then, travelers from all over the world visit the country to explore its pristine beauty and post photos on Instagram of lush green tea plantations and soft-powdery beaches. Sri Lanka has emerged as the “it” destination, catering to visitors of all kind. The island nation, with its warm, welcoming people, abundant wildlife, hidden beaches, and quaint mountain hamlets, packs a hefty punch for its small size.

Sri Lanka’s history dates back to 543BC, which marked the arrival of King Vijaya in Sri Lanka from neighboring India. The island nation, with its century’s old history, offers its visitors an array of cultural and historical attractions. While backpackers tend to avoid Sri Lanka’s heritage sites due to the hefty price tag, these are some of the must-see places for history lovers. From Sigiriya to the Northern capital, Jaffna, here are five ways to have a more cultural experience in Sri Lanka.

Anuradhapura was the first established kingdom of Sri Lanka and remained the capital for over 1400 years. This ancient town is packed with historical sites, temples and stupas, best explored by bicycle. Built by King Mahasena, the Jetavanaramaya inside the ancient city is the world’s tallest stupa. A stupa is a mound-like structure that contains relics and is used as a place of worship. Another key site is Jaya Sri Maha Bodhi, a sacred fig tree worshiped by thousands of Buddhist pilgrimage throughout the year. Renowned as the right branch of the Sri Maha Bodhi in India, under which Buddha attained enlightenment, the site remains one of the most sacred places in Sri Lanka. Easily reached by bus or train from Colombo, Anuradhapura is the perfect two-day stop before heading to Northern Sri Lanka.

Popular among local travelers, the Northern Province of the country, including its capital Jaffna, has been marketed as a destination for war tourism. The recently built war monuments and killing fields– where government soldiers killed thousands of minority Tamils during the last stages of the war– glamorize the government’s violence. Almost a decade after the end of the Civil War, civilians are slowly rebuilding their lives. The solider-governed streets of the rural Northern towns still hold many painful stories, including of families still waiting to be reunited with their loved ones, who disappeared during the war times. However, Jaffna and its suburbs offer engaging cultural experiences outside of the war monuments. With its spicy cuisine, unique to the province, and the gleaming temples like Nallur Kandaswamy Temple, tourists can easily spend four to five days exploring Jaffna and the surrounding area. Nearby, the islands of Delft and Nainativu have ancient Buddhist temples, like Nagadeepa Purana Vihara, which are easily reached by a daily ferry service.

The second established Sri Lankan kingdom, Polonnaruwa, lasted for about 200 years and has a plethora of ancient ruins and historical sites that will keep you busy for an entire day. A UNESCO World Heritage City in Sri Lanka’s North Central Province, the Hindu presence of the Polonnaruwa Kingdom is evident in its remaining ruins. The ancient garden city is also best explored by bicycle. The Buddha Statue at Lankatilaka, although headless now, is a masterpiece with its 17-meter high walls. Shiva Devala No.2, dating back to the South Indian Chola dynasty, is renowned as the oldest building in Polonnaruwa. A place of worship, the building is made entirely of stone. For a deeper cultural experience, opt for a homestay instead of a traditional hotel, where you might have the chance to taste authentic Sri Lankan cuisine.

Sri Lanka’s cultural triangle, in the interior of the country, is comprised of three important, ancient cities: Anuradhapura, Polonnaruwa and Kandy. Inside the triangle lies a plethora of places with cultural and historical value. A visit to Sigiriya, another UNESCO World Heritage site, which includes an ancient rock fortress also known as Lion’s Rock, is a must. Said to be the 8th wonder of the world, the rock fortress is a massive column of rock nearly 200 meters high and was the capital of King Kashyapa’s kingdom. He was known for imprisoning and executing his father, King Dhatusena to acquire the throne. While Lion’s Rock charges foreigners a hefty price to enter, its neighboring rock temple Pidurangala has emerged as a more affordable option for budget travelers. The hike to the top of Pidurangala is not strenuous but requires some physical exertion, particularly toward the top. Start your day early and take it slow to soak up the beauty of the surroundings and views as it is very hot during the day.

Another rock fortress and former capital, Yapahuwa, is located in the Kurunegala District, a three-hour drive from Colombo. It’s lesser known among foreign travelers to Sri Lanka and the region has only a few boutique hotels for visitors. Established as the capital city in the 13th century, the site has a Buddhist temple and other remains. The Kandyan paintings on the temple wall have endured for thousands of years. While Yapahuwa can be visited as a day trip from Sigiriya or Dambulla, for a more culturally immersive experience, spend a night to soak up the rural village atmosphere.

For those who have limited time consider this 4-days in Sri Lanka itinerary. 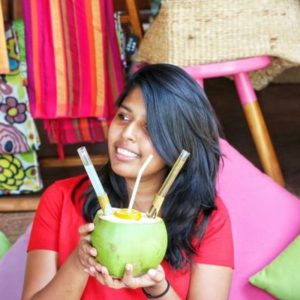 Zinara Rathnayake is a Sri Lankan based travel blogger and a travel writer. Through her writing, she wants to inspire others to travel more responsibly and find happiness, and passion in the little things in life. She is currently a Humanities student and works in social media.