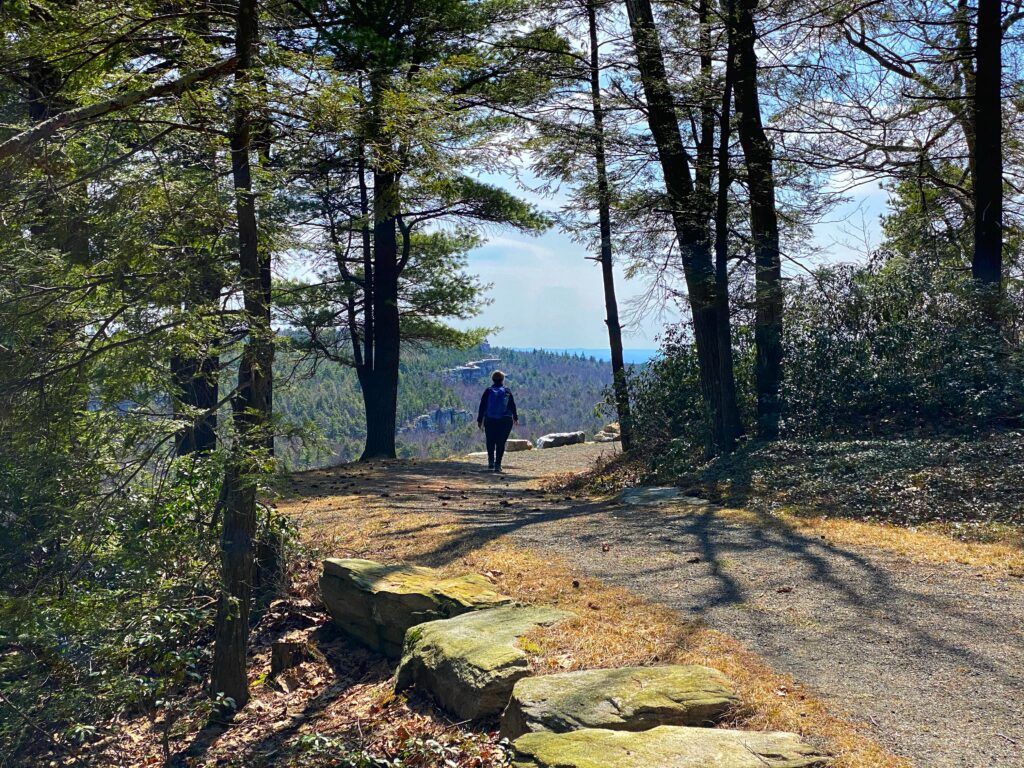 By Terri Marshall | May 1, 2021 EuropeExperiences Lifestyle

Year after year, Nordic nations consistently rank as the world’s happiest countries. Several factors attribute to the good nature of Nordic residents, including universal healthcare and trust of government. Duplicating many of these things requires complicated (and unlikely) changes for most countries. Fortunately, there is one thing we can duplicate no matter our nationality—a concept originating in one of my favorite countries, Norway.

Friluftsliv (pronounced free-loofts-live) translates as “free air life.” Norwegian playwright and poet Henrik Ibsen popularized the term in the 1850s when he used it to describe the value of spending time in nature for spiritual and physical wellbeing. Spend some time in Scandinavian countries with the locals and you’ll begin to understand the importance and benefits of this lifestyle—no matter the season.

When I initially heard about free air life, my mind immediately conjured up images of people hiking frozen glaciers, swimming across the fjords and scaling mountains of terrifying heights. If that’s your cup of tea, go for it. But it’s not necessary to be an Olympian caliber athlete or a daredevil to embrace friluftsliv. A simple walk in nature does the trick. The point is to be outside connecting with nature as a reset for your mind. Remember the old saying “stop and smell the roses?” That works too.

The 1957 Outdoor Recreation Act provides residents of all Scandinavian countries the freedom to roam—a concept that dovetails nicely with friluftsliv. The rules: respect nature, wildlife and inhabitants. Want to pitch a tent or sleep under the stars? Go for it, just make sure you keep at least 500 feet away from the nearest inhabited house or cabin. If you want to spend a second night, seek permission from the landowner. It really is that simple.

A year-round way of life, friluftsliv doesn’t end when the winter snows begin. Instead, Norwegians pile on the layers, add crampons to their hiking boots or strap on their cross-country skis and keep moving. As they say in Norway, “There’s no bad weather, only bad clothing.”

My Introduction to Friluftsliv

Reluctantly awaking from my peaceful slumber at my Trondheim hotel, I wondered why anyone would get up so early to hike through the woods on a chilly morning. It was my second visit to Norway about nine years ago and my guide (and now dear friend) Lisbeth, assured me the experience would be worth the effort. We were meeting up with renowned chef, Mikael Forselius to forage for chanterelles.

Never having foraged for anything outside of the grocery store, the experience introduced me to the concept of friluftsliv. I emerged from the woods not only with a basketful of the coveted mushrooms, but also with a sense of renewal. I even hugged a tree along the way just to show my appreciation.

The next morning, Lisbeth and I set out on a berry picking adventure. Hiking along a portion of one of Norway’s Pilgrimage Paths, we searched for blueberries and the beloved and delicious cloudberries. Free to roam, we picked the berries on farmland as well as in the woods. As an American accustomed to fences erected to keep trespassers out, freely walking onto private farmland both shocked and thrilled me.

Living in a New York City apartment, finding nature sometimes seems unlikely. To escape the noise of the city’s incessant honking horns and shrieking sirens, I often lace up my sneakers and lose myself in Riverside Park stopping to take photos of flowers in the spring and colorful leaves in autumn.

When COVID paralyzed the city last spring, my husband, Greg, and I began venturing to New York state parks on the weekends to hike. That time in nature bolstered us providing energy to make it through week after week of scary headlines and uncertainties. Our newfound love of the outdoors led to more than 200 miles of hiking in the past year.

When the world reopens its borders, I have my eye on Norway’s pilgrimage paths. The most well-known, Gudbrandsdalsleden, served as the main road to the Nidaros Cathedral in the Middle Ages. Spanning almost 400 miles from Oslo to Trondheim, tackling the entire route is a monumental undertaking. I may or may not walk the entire way. But no matter the distance or time involved; I know without a doubt that every step through Norway’s glorious nature will be rewarded as I fully embrace frilufsliv.