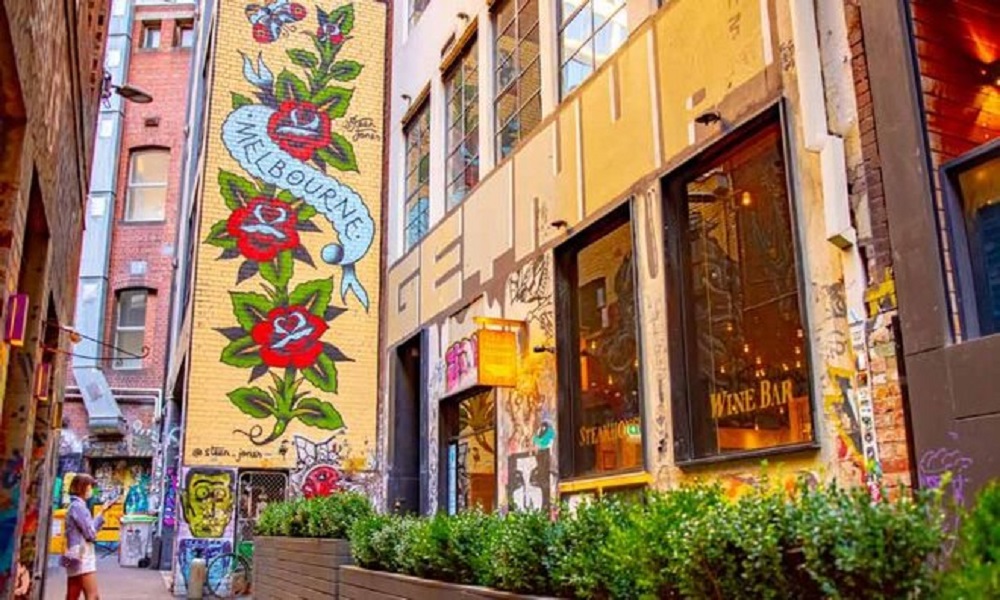 By Ann-Marie Cahill | November 10, 2021 AustraliaExperiences Off the Beaten Path

Melbourne is a Playable City; in both name and character. It is one of my favourite cities to visit, with its hidden laneways scattered throughout the bustling CBD. It is a city filled with culture and creativity. Melbourne feels both historically preserved and vibrantly modern at the same time. When people think of Australian cities to visit, many tourists are drawn to the flashy face of Sydney, or the warm beaches of Queensland. But there is something truly special about Melbourne: it is teeming with personality. The city itself feels like it can take your hand and guide you on a tour of its delights. After so many months of COVID lockdown, now is the time for Melbourne to shine, offering imaginative ways to engage all who visit. Creative artists, urban planners, and game developers are coming together to enhance Melbourne’s character, making it one of the world’s most playable cities. It really is the best time to travel and play.

What is a Playable City?

Playable cities are places where locals and visitors alike are welcomed to experience the city in fun, new, and enthusiastic ways. The term comes from an international project of the same name that started in 2012. Since then, the project has grown to include nine cities: Bristol (the original), Recife, Lagos, Tokyo, São Paulo, Oxford, Seoul, Austin, and Melbourne.

The Playable City movement is a creative response to structured urban environments, often associated with ‘smart cities’. The founders were disheartened by the strict planning used along with technology to remove all friction from our movements. Smart cities do have benefits, guiding people through the hustle and bustle with greater efficiency. However, there is now a growing interest in encouraging people to take some downtime, and enjoy their surroundings at leisure. Work is important but so is personal headspace and fulfilment — factors well-known to our fellow travellers.

In a post-COVID world, our idea of travel is already changing. For those who have experienced being in lockdown or locked out of travel, there is a strong urge to hit the bucket list and enjoy life again. Travel is right at the top of the list. And almost every tourist destination knows this; especially those hit hardest with lockdowns, like Melbourne. With so many destinations vying for the tourist dollar, they need something special to stand out and grab our attention. Bringing the concept of ‘play’ into our cities invites us to recapture that sense of verve we have been missing without travel.

Out of all the Australian cities to create a playable setting, Melbourne is really the best choice. It already has a plethora of laneways and creative venues to explore. I usually visit Melbourne once a year and spend some time rediscovering its magic. It is how I play while travelling; wandering around and losing myself in the location. We often talk about play for kids but play is still important when we grow up… sorry, grow older. As travellers, play can enhance our personal experience while strengthening our empathy and connection with our holiday. These are features of responsible travel, so it’s a win-win for everyone!

Melbourne’s laneways are world-famous for their charm. They began as laneways for rear access to properties facing onto main streets. The laneways soon became arcades, sometimes with a roof or a tiny cafe or hidden bar. My favourites are the ones that double as art galleries. Laneways are not a unique feature to Melbourne, but it is definitely one of the few cities that has embraced laneway culture as its own.

How to Create a Playable City

My main reason for travel to Melbourne is usually to attend PAX Australia, the nation’s biggest gaming convention. It coincides with the Melbourne International Game Week (MIGW), filled with panels, workshops, and exhibitions of video games and tabletop games. In 2021, both MIGW and PAX Aust were moved online (thanks no thanks, COVID-19). However, this spawned some fantastic ideas from game developers to help make Melbourne a Playable City, especially when it opens for travel again.

One example of creative play in Melbourne is the free augmented reality app, 64 Ways of Being. It has essentially turned Melbourne’s CBD into a giant game. During MIGW, 64 Ways of Being presented the first Playable City Melbourne experience. It travels over a three-kilometre trail across 64 locations throughout the city, from Parliament House to Queensbridge by the Yarra River. Players can follow the path, finding clues and icons to ‘activate’ the city. It is a fantastic way to showcase Melbourne’s CBD with geo-synchronised treasures like music or visual art to highlight various locations. By interacting directly with the city’s urban environment, 64 Ways of Being takes your head out of the guidebook and into the streets of Melbourne. The app itself is merely a starting point; the game opens up the city on a whole extra level of discovery.

Another game release to help explore Melbourne is Eastern Market Murder. Inspired by a popular true-crime podcast, Eastern Market Murder is an augmented reality app that puts the player in the role of detective. And yes, the crime is a real crime in Melbourne circa 1899! In its native AR version, players are taken on a guided tour of the actual crime sites involved in the historic murder. The game uses any smartphone camera to layer 3D scenes and characters onto real-world settings. It can then use geolocation technology to match your location with the 10 sites connected within the story itself. Eastern Market Murder has caught the best of both worlds: guiding people through a city filled with history while engaging them in a playful mystery with the use of modern technology.

Come Out and Play!

The idea of Melbourne as a Playable City fits perfectly with the city’s release from COVID-19 lockdown. Melbourne has been one of the most locked-down cities in the world, preventing tourists from visiting and residents from leaving. Many were celebrating when lockdown ended on 22 October 2021, allowing gradual freedoms for residents who are fully vaccinated against COVID-19. As the city reopens, Melbourne is attracting more and more developers with creative ideas for travellers to interact with the city.

Melbourne is now open for domestic and international travellers. The city is bustling with energy, eagerly waiting for visitors to discover its secrets all over again. Personally, I can’t wait to be back there. After all we have been through in 2020 and 2021, it is time for us all to play again.

Cover: ACDC Lane is courtesy of the City of Melbourne