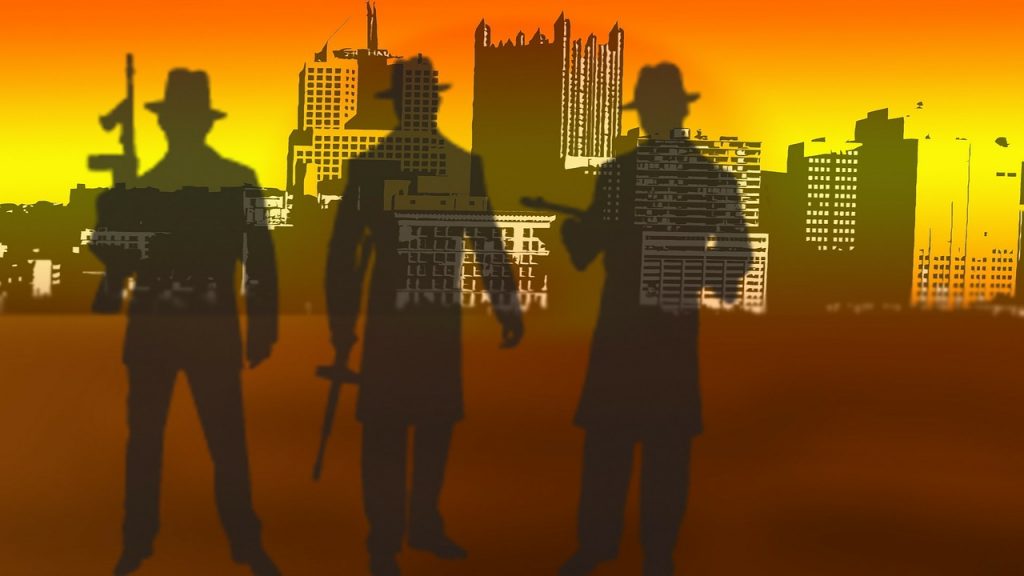 By Kathleen Walls | July 28, 2021 United StatesAdventure Off the Beaten PathHistory

What once was old is now new in Florida’s Marion County. One of the “newest” attractions in the city of Ocala, has roots going back nearly 100 years, commemorating an epic FBI shootout with a notorious gang that ended the era of gangsters in the United States. Other attractions in the north-central Florida area are even older—dating back to the 19th century, though they have been repurposed to offer a unique Florida experience.

In January, the Ma Barker House, opened for tours to commemorate one gang’s demise in one of the most famous shootouts in FBI history, during an era notorious for gangsters like Al Capone and Machine Gun Kelly. The Barker boys— Arthur, Herman, Lloyd, and Fred— committed a string of murders, robberies, and kidnapping across the country and were in and out of prison beginning in 1910. Abandoned by their father, their mother Kate Barker tried to protect and excuse them; some say she was one of the gang.

Fred Barker, the youngest son, born in 1901, began his criminal career as a juvenile but his first arrest as an adult was in 1926 when he robbed a bank in Winfield, Kansas. In prison, Fred joined forces with another gangster, Alvin Karpis, a burglar, and in 1931 they formed the Barker/Karpis Gang, which included some of the other Barker boys.

The gang operated between Chicago and St. Paul, Minnesota much of the time. In St. Paul, Police Chief Thomas Brown protected them so crime was profitable and safe until they kidnapped two prominent people. The FBI was brought into the case because kidnapping is a federal crime and the gang decided to flee the area and hide out in Florida where they were unknown.

Hiding Out in Florida

Fred, Karpis and other gang members moved in with Kate “Ma” Barker, to the Marion County, Florida house she’d rented under the pretext that Ma was a grieving widow who needed some peace and quiet. She and her sons used the alias of Blackburn. The FBI discovered their hideout after Arthur (Doc) Barker was arrested and the FBI found a map of the area and a letter from Ma mentioning a large gator nicknamed “Gator Joe.”

The FBI traced the gang to the Ocala area and located their hideout. On January 16, 1935, when only Fred and Ma were at the house, the FBI raided it. They surrounded the house and ordered the two to surrender. Fred refused and both sides fired back and forth. The shootout lasted hours, until fire from the Barker house stopped and the FBI convinced a neighbor to enter the home. No one was left alive.

After the shootout, J. Edgar Hoover, head of the recently established FBI, realized that shooting a 61-year-old widow might not look so good in the press. He claimed that Ma Barker was, “the most vicious, dangerous, and resourceful criminal brain of the last decade.”

In later years, surviving gang members, including Alvin Karpis, who was likely the real mastermind behind the gang’s activities, refuted that. Karpis and others said Ma was sent to the movies while crimes were being planned to keep her out of the way. Another bank robber friend of the Barkers, went so far as to say Ma, “Couldn’t even plan breakfast.”

A Tour of the Gang’s Lair

Rumored to be haunted for years, the house where the shootout and the Barkers death took place, was moved from its original location outside of Ocala to county-owned land and turned into a museum. The house is furnished as it was at the time of the shootout.

The tour begins in the living room which has a brick fireplace and natural wood floors with rugs around. The furniture is nice but not luxurious. The place is filled with pictures of the original owners of the house as well as the Barker family.

Upstairs is the spooky part. One bedroom for the Barker boys contains an iron bed and another has a bed with no head or footboard. Pictures show there at the time, there were many cots set up all around the house to accommodate other gang members. Ma’s room is the nicest with a sled bed and Queen Anne type furniture.

The bodies of Ma and Fred were found in the upstairs front bedroom. That room holds a chair with bullet holes that would have been set near the window in the bedroom where Fred and Ma were shot. Many of the bullet holes from the shootout are still visible in the house.

For a more uplifting outing in Ocala, visit nearby Silver Springs State Park, the gateway to the Ocala National Forest. It was originally known as Silver Springs Nature Theme Park, the oldest attraction in Florida dating back to 1878, but became a state park in 2013.

Glass Bottom Boats in the park take visitors over some of the largest artesian springs in the world with water so clear you can see the bottom. Aside from the natural formations, fish, turtles, alligators and grasses, there are remains from the many movies and television series that were filmed here. Three statures named for Greek gods lurk in the depths. They are remains of the 1960 television series I Spy filmed here.

Abundant wildlife can be found here including many birds like anhingas or egrets. You might even see a rhesus monkey in the trees on the bank, the result of a theme park import gone awry—the monkeys escaped and formed feral colonies all around the Ocala area.

If you want more watery adventures, you can rent a kayak or canoe. On land, you can hike on Ross Allen Island or visit a boardwalk that contains shops, café, an ice cream parlor, and an exhibit about the former reptile attraction, Ross Allen Reptile Institute.

The Canyons Zip Line and Canopy Tours, opened in 2011, is another “new” attraction with historical roots. At the turn of the 20th century, the area was full of limestone mines. It’s now been transformed into an attraction with canyons, springs, caves, horseback riding trails, and the largest zip line in the country.

In addition to three zip lines, that reach 60 miles per hour, there is a wagon tour, that gives the history of that place from the time of the mining operation. There are remnants of the old mines all around the property; an old train trestle, a huge rusted metal door from one of the old building, and even Civil War musket shot and artifacts from the Seminole wars.

Since Ocala is horse country you can also visit the stable and ride the horses, including to the top of a canyon where a sparkling blue lake lies over 100 feet below.

Marion County is one of Florida’s lesser-known treasures, with many historic sites updated for contemporary visitors.

1 thought on “Gangsters, Monkeys and Mines: Exploring the Diverse History of a Florida County”