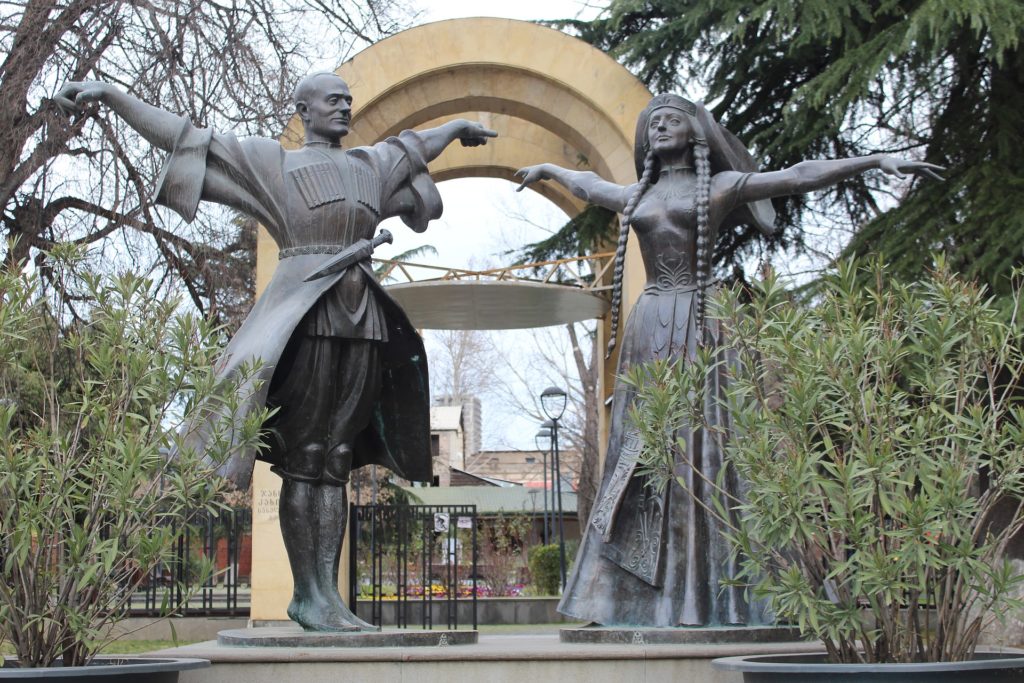 Previously overlooked in favor of its neighbor Turkey, the Caucus country of Georgia, which sits at the crossroads of Western Asia and Eastern Europe, has become a hot destination in recent years, particularly with those who want to travel off the beaten track. Here are five reasons why you should take a trip to Georgia.

1. It has a Huge Diversity of Landscapes

For a relatively small country, Georgia has it all, from mountains and national parks to sea and lakes. In the northwest of the country, you will find the region of Svaneti, famous for the towers of Mestia – fortified homes of highland warriors that are still in use today – and one of the country’s most popular hiking spots. Kakheti in the southwest is Georgia’s winemaking region with many valleys. To the west, you will find beach towns lined with palm trees. The southern region of Samtskhe-Javakheti is probably the most diverse of all, with its marshes, rivers, volcanic plateaus, canyons and mountains. Georgia lies mostly in the Caucasus Mountains and if you go far off-grid, you will come across many tiny mountain villages that are pretty much isolated from the outside world during the harsh winter months. There are also approximately 25,000 rivers, including the largest, the Kura River, which flows through the capital Tbilisi. Along the rivers are many caves to explore, including the famous Prometheus Cave, where the Prometheus of Greek legend was allegedly chained.

2. The Cities are Unique as Well

Just as the landscapes are diverse, so are the cities. Tbilisi, the capital, is extremely cosmopolitan with an eclectic mesh of architectural styles, including Medieval, Neoclassical, Art Nouveau and Stalinist. Batumi on the Black Sea coast has more of a modern feel due to the ultra-sleek skyscrapers popping up around the older buildings in a bid to become the next Dubai. Borjomi is a relaxed spa town known for its mineral water and its large national park, Sighnagi is a quaint medieval city and the center of Georgia’s wine-making region, and Kutaisi is a city of religious importance with two very important sites, Bagrati Cathedral and Gelati Monastery. So whatever kind of city you like, you’ll find one for you in Georgia.

3. Georgia Has a Long and Interesting History

Georgia has been credited with having one of the longest civilizations in the world; its wine-making tradition goes back around 8,000 years. As such, the country has an abundance of historical sights to see. At Vardzia, a cave monastery in the south, wall paintings date back to the 12th century in the Church of the Dormition. Davit Gareja is another cave monastery founded in the 6th century. It lies on the border with Azerbaijan; you can climb to the top and walk along it, passing Azerbaijani border guards on the way. Uplistsikhe is a rock-hewn town combining pagan and Christian architecture and has been identified as one of the oldest urban settlements in the country, going all the way back to the 16th century BC. And it’s not just the country’s ancient history that’s interesting. Although visiting Georgia’s historical sites should be high on anyone’s list of things to do in Georgia, it’s also worthwhile looking into the country’s more modern history. Gori, located about 90 kilometers from Tbilisi, was the birthplace of Stalin and you can visit the Stalin Museum, which has interesting (if a little one-sided) exhibits on the man and his life.

Georgian cuisine is, quite simply, one of the best in the world. Popular national dishes include:

A popular Georgian sweet is churchkhela, commonly referred to as Georgian snickers, which consists of nuts dipped in grape juice and then dried. Wine is obviously a must-try owing to Georgia’s history, as well as chacha, a homebrew traditionally made from grapes but can be made using any fruit.

5. The People are Among the Most Hospitable in the World

This is something that is touted by many countries, but with Georgians it is true; they are hospitable to a fault. If you are lost or need help, they are always ready to give it. It’s well-known that if you get lost at Tbilisi bus station (and it really is easy to do), then the best people to ask are the taxi drivers, who will happily point you in the direction of your bus without hassling you to get into their cab. If you get to know any Georgians, it’s not uncommon to be invited over for dinner and plied with wine and chacha.

The mix of different landscapes, interesting historical sites and vibrant culture make Georgia a fantastic travel destination and one which will surely entice more travelers over the coming years.