Brian Portland has worked in a variety of positions, including Talk Back Host, Breakfast DJ, Creative Director, Journalist, and Sales Manager, Promotions Manager; Production Engineer; and Voice-Over Specialist… He started a Production Company – Third eYe Productions – specialising in writing producing and voicing Radio and Television Commercials, Corporate Videos and documentaries and won a couple of Awards along the way. He Became Exec Producer of Third eYe Productions. Produced and directed the Television Series “The Way We Were;” a look back at the 60s & 70s. In 1973, I had a severe accident and am now a Double Amputee above knee and in a wheelchair.

Brian Portland has made a commitment to making sure that people with disabilities have and receive the same rights as every other person in everything they do. I competed in the Paralympics and won 5 Gold Medals, also set a Commonwealth Record in Weightlifting in Brisbane at the Commonwealth Games. Brian is a keen sailor and has been sailing inshore and off shore for the past 40 years. He is a Motivational Speaker and focuses on Ability not disability. Brian loves to travel and explore opportunities for people with disabilities, making sure they are afforded the same comfort and opportunities as any other traveller. 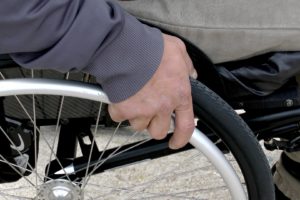 This broadcast is a favorite legacy show that we produced under our old name Travel’n On and before re-branding as WORLD FOOTPRINTS. We’ll talk to Brian Portland Today! Hop across the pond to Australia with contributor Brian Portland who explores the world as an accessible traveler. The main airlines in … Read more