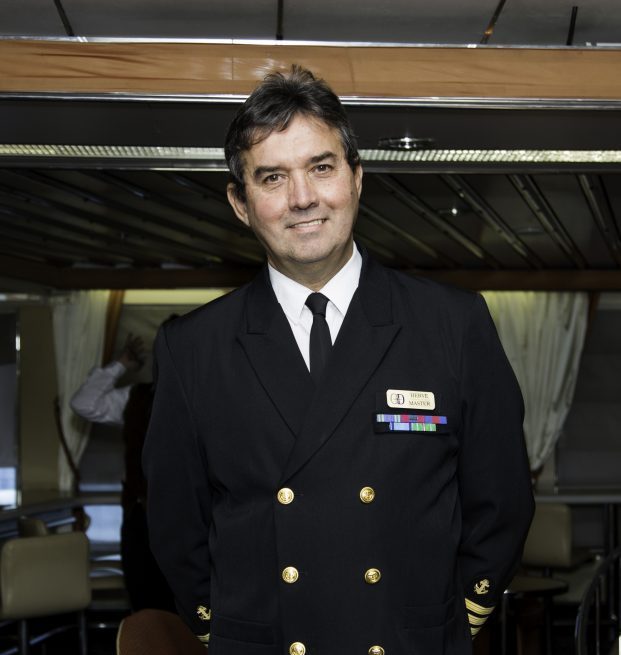 Captain Herve Parage is the Master on Cruise Management International’s polar expedition vessels in the Arctic and Antarctic.  Previously he worked as the Master on cruise vessel NAPOLEON BONAPARTE (Croisieres et decouvertes), a Barge Manager on oil and gas rigs and a Captain on different ferries in Northern Africa and other parts of the world.

Captain Herve is originally from Marseilles, France but he has resided in Iceland for the last few years.

Captain Parage Herve decided to work on board when he was 12 years old. Little Parage was standing by the seaside of Marseille and watching vessels, disappearing beyond the horizon. He was wondering, what was going to happen next. Since that time his wish to become a seaman has never changed. Moreover, 40 years after he is still sailing.

Captain Herve’s entire sea career is closely linked to a passenger fleet. He started as a young watch officer on a ferry. His dream to sail far away came true when his ferry had a voyage from South France to North Africa.

As fate would have it, Mr. Herve turned out to be a captain of an expedition vessel of CMI Ship Management.

“Last summer, within my holiday, a friend of mine got sick and asked me if I was able to replace him just in 48 hours aboard of an expedition vessel. I thought: why not? After a few weeks I got an offer from CMI to pass exams and continue working there. I agreed and have never regretted”, Captain Parage Herve narrated. 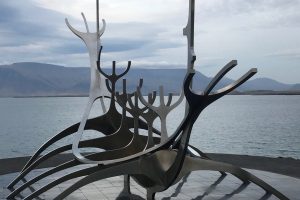 Exploring Iceland by Land and Sea

Iceland is a country of sharp contrasts–Where dark winter night are offset by a sleepless summer sun—where fire and ice co-exist; and where a dramatic landscape and insular existence supports folklore and informs a vibrant culture. Iceland has so much to offer from its nordic culture, stunning landscapes, food, natural … Read more