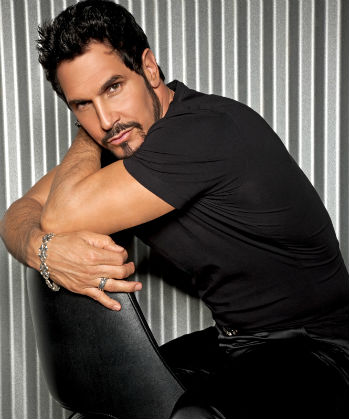 Don Diamont stars as the dashing and debonair heir to the Spencer Communications dynasty, “Bill Spencer, Jr.” on THE BOLD AND THE BEAUTIFUL.  Bill arrived in Los Angeles following the sudden death of his father, Bill Spencer, Sr. and immediately began to stir up trouble for the Forrester and Logan families.   Diamont is no stranger to the Bell Family daytime drama dynasty.  He is best known for his 22-year stint on CBS’ daytime mega-hit, The Young and the Restless, as “Brad Carlton,” which was created by the late William J. Bell and his wife, Lee Phillip Bell. Having numerous prime time television credits, Diamont was most recently seen in the film Anger Management with Jack Nicholson and Adam Sandler. Additionally, he had the lead role, opposite Oscar® winner Jack Palance, in Marco Polo. Diamont made daytime history by being the first actor from a daytime drama series to be named in People Magazine’s “50 Most Beautiful” issue.  More recently, he was listed in the 2009 “Sexiest Man Alive” issue.  A New York native, Don Diamont lives in Los Angeles with his fiancée, Cindy Ambuehl, and their children.  When he is not working, he enjoys spending time with his family, cycling and playing basketball.  After his niece, Alyssa, was diagnosed with Multiple Sclerosis (MS), he founded the Don Diamont/Alyssa Mazur Foundation at UCLA’s MS Research and Treatment Center to raise funds for MS research. Diamont was named Ambassador of the Year by the National Multiple Sclerosis Society for his devoted work and efforts to find a cure for this crippling disease. When Don attended college, he studied with renowned acting coach Nina Foch, and soon after was signed by an agent. He began using his mother’s maiden name, Diamont, when he began his career.

World Footprints commemorates the anniversary of the terrifying attack that changed the world and brought heroes to the front-line. You will hear from survivors their first-hand account of the events as they experienced them. 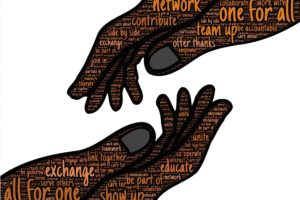 From (l) to (r):  Don Diamont, Heather Tom, Eric Braeden Meet our CBS Daytime Stars. Some of our favorite celebrities are more than just pretty faces.  They are people who are displaying their sense of humanity and building legacies of positive footprints that go beyond the big and small screens. … Read more

In honor of our Nations’ heroes this Veterans Day, we are pleased to introduce you to animal trainer Clarissa Black, founder of Pets for Vets—an organization that serves veterans and shelter animals.  The Pets for Vets program is dedicated to providing a second chance for shelter pets by rescuing, training … Read more