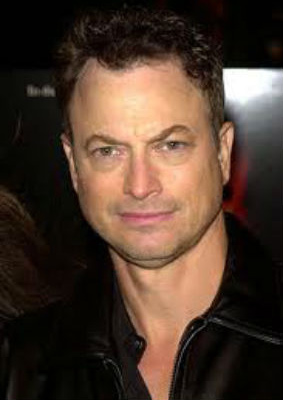 Gary Sinise attended high school in Highland Park, IL, where he played in bands. As a lark, he and some friends tried out for the school production of West Side Story, which hooked Sinise on an acting career. He made his professional acting debut at the age of 17 in a 1973 production of The Physicist. When he graduated in 1974 from Highland Park High School, Sinise and some high school friends soon founded the now famous Steppenwolf Theatre Company, which moved into the basement of the Immaculate Conception School and Church in Highland Park. In 1980, the growing company moved to Chicago, and in 1991, Steppenwolf opened its own complex. It didn’t take long for Gary’s career to head west to Hollywood, where he acted in shows such as General Hospital and Knots Landing, but soon returned to Chicago and the stage, where he earned critical acclaim for his staging of Sam Shepard’s True West. He returned to Hollywood, and began directing episodic television, such as Thirtysomething and Crime Story. Sinise went back and forth between Hollywood and the Chicago stage, where he made his film directorial debut with the 1988 movie Miles from Home, and earned a Tony nomination for his Broadway appearance in The Grapes of Wrath. It was film work, however, that brought Sinise into the public eye. He starred in the successful Stephen King miniseries The Stand, and was seen around the world in the highly acclaimed film Forrest Gump, which earned him many awards as well as an Oscar nomination for Best Supporting Actor. More film work followed in Tom Hank’s Apollo 13; in the biopic Truman; the sci-fi thriller Mission to Mars, to name a few.

As well as being active in the entertainment field, Gary Sinise also uses his considerable talents to support troops stationed overseas. Along with his Lt. Dan Band (named for his character from Forrest Gump), Sinise has embarked on numerous USO/Armed Forces Entertainment (AFE) tours. In February 2004, he entertained troops in Diego Garcia, Singapore and Korea. Last year, Sinise went to tours in Iraq, Kuwait, Qatar, Germany, Italy and Fort Stewart, Ga. He has also traveled to both Walter Reed Army Medical Center in Washington, D.C., and the National Navy Medical Center in Bethesda, Md., to visit troops wounded in Operation Iraqi Freedom. He has recently co-founded Operation International Children with Seabiscuit: An American Legend author Laura Hillenbrand, an effort to help educate Iraqi children.

Gary Sinise’s credits are extensive, spanning over three decades, and involve both acting and directing. Besides being a co-founder of the Steppenwolf Theatre, he was also the Artistic Director from 1980-82 and 1985-86. His stage credits include: (Acting) One Flew Over the Cuckoo’s Nest, A Streetcar Named Desire, The Grapes of Wrath, The Caretaker,True West, Streamers, , Loose Ends, Of Mice and Men, Balm in Gilead, The Collection, The Caretaker, The 5th of July, Sandbar Flatland, Rosencrantz and Guildenstern Are Dead, Mack, Anything Goes Over the Rainbow, The Indian Wants the Bronx, The Sea Horse. (Directing) Buried Child, Road to Nirvana, Frank’s Wild Years, Orphans, Tracers, The Miss Firecracker Contest, True West, Waiting for the Parade, Action.

Gary Sinise’s film credits include: (Acting) The Big Bounce, The Human Stain, A Gentleman’s Game, Imposter, Mission to Mars, Reindeer Games, The Green Mile, It’s the Rage, Bruno, Snake Eyes, Ransom, Apollo 13, Forrest Gump, Of Mice and Men. (Directing) Of Mice and Men, Miles From Home. His television credits include: Fallen Angel, That Championship Season, George Wallace, Truman, The Stand. (Directing) Crime Story, China Beach, Thirtysomething. He currently stars on CBS in CSI:NY. (Wednesdays, 9 PM CST on CBS) His producer credits are Imposter, Of Mice and Men, That Championship Season (TV), and currently CSI NY. He has won numerous awards, including: Golden Globe, Cable Ace and SAG award (Truman), Screen Actors Guild Award, Emmy Award and Cable ACE Award (George Wallace), National Board of Review Award (Forrest Gump), Academy Award nomination (Forrest Gump). For theatre, his nominations include Tony nominations for acting in One Flew Over the Cuckoos Nest and The Grapes of Wrath and for directing Sam Shepards Buried Child. His awards include an Obie award for directing Sam Shapards True West and a Joseph Jefferson award for Best supporting actor in Getting Out by Marsha Norman. Following one of his many trips overseas to visit those serving our country, Gary asked the USO if they would allow him to take a band with him on a tour. The USO agreed, the band began rehearsing and in February of 2004, The Lieutenant Dan Band hit the road on their first overseas USO tour to Korea, Singapore and Diego Garcia. Since those early sessions at Kimo’s house, a few gigs for the troops in the Chicago area in 2003, and that first overseas tour, Gary and the band have played an average of 30-40 shows per year with a good 75% of those shows for USO, charities or benefits. “Lieutenant Dan” is the character Gary portrayed in the 1994 film Forrest Gump, a role for which he earned an Oscar nomination for Best Supporting Actor. As Gary began visiting troops around the world, people (even little kids) who didn’t know him as Gary Sinise, the actor, would recognize him as “Lt.Dan”. Those in the miliary also seem to identify strongly with the character. And so the name for his group was an easy choice: Lt. Dan Band!