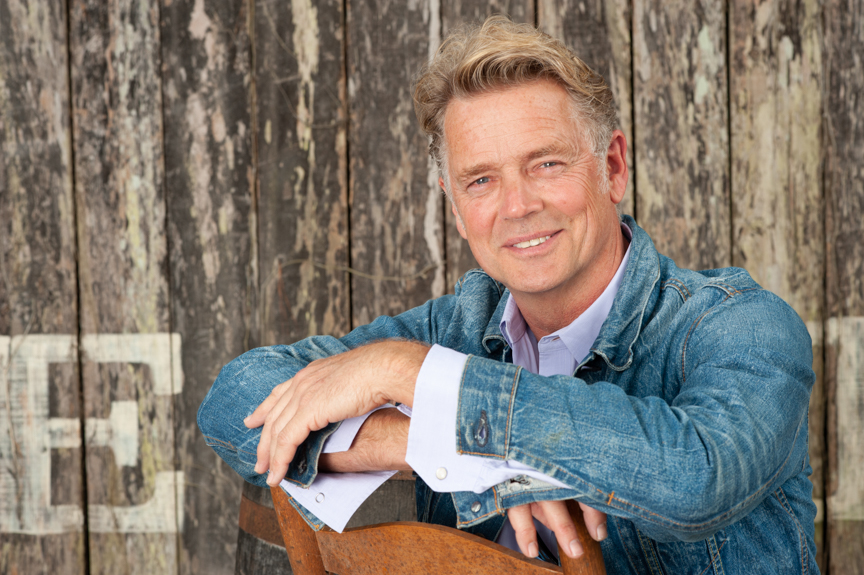 It would be impressive enough for an actor to star in a single show that changed the course of
television history with iconic characters and cross-generational appeal, but the fact that John
Schneider’s done exactly that on a consistent basis for at least four decades makes him nothing
short of legendary. Whether it’s currently playing Jim Cryer on Tyler Perry’s The Haves and the
Have Nots, previously immortalizing Jonathan Kent on Smallville and Bo Duke on The Dukes of
Hazzard, or showing off his own fancy footwork Dancing with the Stars, the man of many hats
is synonymous with success and one of most ubiquitous faces in all of pop culture.

Add in a simultaneous career as a four-time chart-topping country artist with over 20 albums to
his credit, including a whopping 72 tracks within the last year alone, alongside a burgeoning
movie career with executive producer Alicia Allain under their own John Schneider
Studios/Maven Entertainment banners, and he could quite realistically be counted amongst the
most prolific and recognized entertainers of all time. And it turns out his heart is just as huge as
the fame that follows thanks to his co-founding of Children’s Miracle Network Hospitals at the
genesis of this extraordinary career that’s accompanied by his tireless work with ongoing
fundraising efforts to this very day.

“The balance of careers really takes care of itself,” he insists of the delightfully crazy calendar he
and Allain keep. “We spend time recording an album and then there’s time spent mixing the
album, which gives me time to be off either touring with music or working on a movie. When the
movie is finished filming, there are many aspects of postproduction that need to be done, and if I
am not doing them myself, then naturally so I don’t get bored, I am out on the road. I guess the
moral to the story is that Alicia and I are both hard, hard workers who don’t really, at this point
anyway, seem to need any downtime!”

That’s certainly the case in John Schneider’s recent musical outpouring after spending all of 2018
releasing one song a week as part of an ambitious project called The Odyssey, which was
produced by longtime friend, personal champion, superstar session man and fellow Dukes
collaborator Paul Leim, in addition to Greatest Hits…Still! (featuring acoustic re-recordings of
several smash hits), plus the holiday EP Merry Christmas Baby. The unstoppable streak
continued into 2019 with the release of the Southern Rock-inspired album Redneck Rebel, and a
deeply personal inspirational album, Recycling Grace, which expands upon his remarkable
crossover ability into a wide array of artistic territory.

“Coming from a musical theater background, I naturally gravitate toward many different aspects
of entertainment. Personally it just seems like the right thing to do. I couldn’t imagine being
locked into one area,” he explains of the desire to stay equally involved in music and acting.
“The inspirational album is jam packed with a few standards, but also new songs whose intention
is to make you think and feel something. The music itself is intentionally more raw, bluesy and
edgy. I believe these inspirational songs especially should elicit some sort of physical reaction
from the listener. These will do that for sure!”

In the meantime, longtime fans and newcomers alike can catch Schneider starring on Tyler
Perry’s The Haves and the Have Nots, not only a flagship series of OWN (Oprah Winfrey
Network), but also the #1 primetime cable series on Tuesday nights. “I hope The Haves and
Have Nots will show people that there is a versatility to my storytelling through acting that is
much brighter than they suspected,” Schneider observes of his widely embraced Jim Cryer
character. “Of course it’s always fun to play the bad guy, but it also takes a little more for
thought. One of the best things about it is it gives me an opportunity to really stretch, explore and
take chances. I have loved every minute of it!”

Schneider has also been hard at work on the upcoming movie, Christmas Cars, which will
release this holiday season. John Schneider wrote, directed and stars in this semi-autobiographical
film, which is sure to be a hit with Dukes fans of all ages.

Prior to that, John Schneider spent a whopping ten years on The WB turned The CW’s Smallville,
which sent him flying straight into the epicenter of Superman hysteria and prompted his constant
demand to appear at themed conventions and special events with massive crowds from all over
the globe. “Playing Jonathan on Smallville was a huge honor,” he confirms. “I believe that that
character is quite possibly the best father figure on television. Ever. I’m also proud to be part of
what I believe is the crown jewel of the entire Superman legend. I don’t believe there was a bad
episode of that show. One amazing adventure after another!”

And then of course there’s his pioneering presence on CBS’ The Dukes of Hazzard for seven
stratospheric years where Schneider was so immensely popular, he was the subject of an
elaborate but ultimately resolved pickpocketing scheme where his stolen driver’s license was
bootlegged and sold in staggering quantities at $50 a pop for decades until it was returned to its
rightful owner (though the now comical tradition continues being available on Schneider’s
website with a personally signed certificate of authenticity). There’s also the annual “Bo’s
Extravaganza” at the 58-acre John Schneider Studios in Holden, Louisiana where nearly 10,000
fans from every corner of earth come on an annual basis to swap stories, score autographs,
browse memorabilia, take in a classic car show featuring the program’s actual vehicles and catch
concerts by the most enormous names in music, such as longtime Schneider admirer Kid Rock in
2019.

“The great thing about Dukes is there were no cell phones in those days so people’s heads were
not buried in them,” he recalls of it impenetrable run from the late 1970s through the mid-‘80s.
“We actually depended upon our relationships, friendships and family in order to get through
whatever the weekly issue was. I do think that people who are fans of The Dukes of Hazzard are
more likely to pay attention to one another rather than ignore one another in favor of those who
may call or text at any second.”

Continues Schneider: “The number one thing I hear about people’s memory of The Dukes of
Hazzard is that they remember spending time with love ones watching it. Of course they
remember specific episodes, but more than that, they remember their lives every Friday night as
they gathered together as a family and watch this great show. Because of that, I actually feel as if
I’m a part of their family and not just someone who is in a box in their living room.”

That sense of personal connection and such a widespread appeal in general caused
ABC’s Dancing with the Stars to come calling in 2018. For seven weeks, Schneider had an
incredible run with pro partner Emma Slater, and despite being eliminated on the dance floor,
was requested back for the season finale to perform his single “Walk A Mile In My Shoes.”

Though John Schneider definitely deserves a day (or a decade) off given that unceasing work ethic, he
fills in any free time with the completely selfless efforts of the Children’s Miracle Network
Hospitals, which he co-founded in 1983 and has since raised more than $7 billion dollars (with
over $409 million in 2018 alone) for medical research and community awareness of children’s
health issues, which is distributed directly to a network of 170 children’ hospitals.

“All of us at Children’s Miracle Network Hospitals are working toward the goal of being able to
raise $1 billion a year,” he boldly proclaims. “I think we will reach that goal in the next five
years. The biggest change I’ve seen in children’s healthcare over the past 36 years is that
premature birth, especially extremely premature birth and very low weight babies, was far more
of a death sentence in the old days. Now when a child is born weighing only a pound, they are
expected to live and almost always do, whereas 36 years ago, that was definitely not the case.
Medicine has also made great inroads in childhood diabetes and Children’s Miracle Network
Hospitals is directly related to that research.”

The idea of setting specific goals still appeals to Schneider on the professional front as well, who
rather than coasting on his ever-increasing list of countless of accomplishments, keeps on
dreaming of the next field he’d like to cultivate. “We would like to have one of our films take off
and sell over 100,000 units. Same thing with the music,” he says matter of factly. “Once we get
into the area where we are fairly certain we can sell this number, we will be able to continue to
make movies, music and other forms of entertainment without having to seek outside funding.
Then we will truly be independent and have autonomy.” 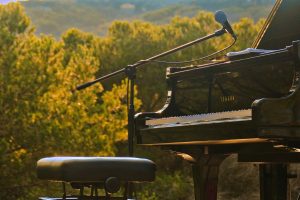 Depending on your age you may know actor/singer John Schneider as “Bo Duke” from The Dukes of Hazzard or more recently from Dancing with the Stars or on Tyler Perry’s show, The Haves and Have Nots.  Either way, John has been involved with an artistic or charitable project that has … Read more