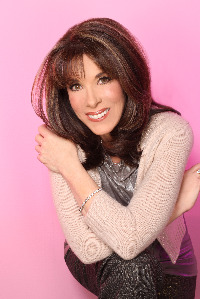 Kate Linder is an actress and United Airlines flight attendant.  She say that when you’re a young, struggling actress with only a few television credits to your name, even an audition for a one-day role with one line of dialogue on a daytime soap is something to lift your hopes and add a sparkle to your eye.  Realistically, you don’t put a down payment on a mansion in Malibu and you never quit your job as a United Airlines flight attendant. It was over 27 years ago, in April 1982, Linder got the role and delivered her line, “Dinner is served,” on “The Young and the Restless.”  She was asked back the next day and the next.  Now she remains a key member of the top-rated daytime drama’s cast.  Still the realist, however, she continues to fly the friendly skies of United on weekends while simultaneously appearing on the soap opera.  In 2005, Linder was elected Governor of Daytime Programming Peer Group for the Academy of Television Arts and Sciences (the folks who put on the Emmy Awards), she’s currently serving her second term.  On April 10, 2008, Linder received a star on the Hollywood Walk of Fame. Linder’s role as Esther Valentine has been one of emotional highs and lows as the confidante and housekeeper to Mrs. Katherine Chancellor (Jeanne Cooper), the wealthiest woman in town.  Mrs. Chancellor and Esther were kidnapped together (twice!) and Mrs. Chancellor delivered Esther’s child, originally named Kate, now an adult calling herself Chloe, with a child of her own.  Their relationship was severely tested when Esther’s first husband murdered Mrs. Chancellor’s husband during an attempted robbery and second husband was one of their kidnappers (Esther has the worst taste in men) but the two women learned to rely on one another for moral support and friendship.  Linder enjoys the best of two worlds — on the air and in the air.  “Acting is my life,” says Linder.  “It’s what I do for a living and my creative satisfaction.  Flying is what I do for fun as long as I can work it into my schedule.” Linder’s high-flying life began without fanfare on November 2nd in Pasadena.  Her father, a C.P.A., and her mother, a homemaker and dedicated tennis player, presented her with a brother, Randy, a few years later.

Entered into dance class at 3 1/2, Linder’s interest in acting didn’t manifest itself until seventh grade when her History teacher had the bright idea of reports delivered in the form of dramatic skits.  By the time she finished high school, she’d appeared in major singing and dancing roles in “Promises, Promises,” “Three Penny Opera,” “L’il Abner,” “Jesus Christ Superstar,” and many others. Committed by this time to an acting career, Linder’s request upon her high school graduation to be sent to the American Academy in New York to study theatre was met by a counter offer from her father:  attend two years of liberal arts college, then he would support her in New York. As a result, Linder entered San Francisco State University majoring in drama, which kept her so busy in school productions, as well as in stock and repertory theaters  in the Bay area, that she never got around to taking up her father’s offer.  When she wasn’t on stage, she filled her remaining days, nights and weekends with her first experience as a world traveler as a flight attendant for Transamerica, a charter airline which flew exclusive champagne flights to Monaco, Tahiti and various other playgrounds of the rich and famous. Gaining her degree in Theater Arts, Linder remained in San Francisco following graduation, dividing her time between the stage and exotic locales around the world.  What spare time she had was spent working in the University’s activities office where she met her soon-to-be-husband, Ronald Linder, then a professor at the school and one of the world’s leading experts and authors on drug abuse.  Married on Valentine’s Day in 1976 (thus the character name, Esther Valentine, on “The Young and the Restless”), the couple soon settled in Los Angeles.  Linder soon broke into the TV scene with roles in “Bay City Blues,” “Archie Bunker’s Place,” and “Dream Girl” among others.  Linder also starred in “Cotillion ’65,” a short film that won many film festival awards and explored the relationship between a boy and his dance teacher, played by Linder, and the dual life led by her character.   She followed this up with more recent short films roles and she co-stars in the upcoming independent film, “The Gold and the Beautiful.” Linder is the celebrity spokesperson for the ALS Association, the pre-eminent leader in the fight against Lou Gehrig’s Disease, following her brother-in-law’s diagnosis.   She is also on the board of AFTRA and Linder can be found most holidays serving food to the hungry and homeless at the Los Angeles Mission.  In 2002, Linder spent Thanksgiving visiting troops in Afghanistan and Pakistan for 11 days to boost morale with the USO.  She spent Thanksgiving doing the same in Korea in 2003 and visiting Guantanamo Bay with the USO in 2007.  She also sent off troops departing from Fort Hood and all of her USO tours were with the late Johnny Grant. In her “spare” time, Linder also became the first daytime actress to compete in the Toyota Grand Prix of Long Beach celebrity car race.  She didn’t win but she came in ahead of previous race winners and, unlike her fellow racers, her car didn’t have a scratch on it. With Linder now a much-admired fixture on “The Young and the Restless,” she and her husband live a hectic life in their rambling, old brick house in Los Angeles, which was destroyed and rebuilt following the ‘94 earthquake. 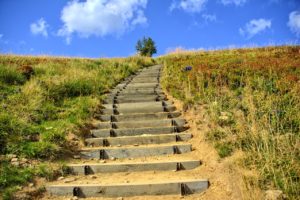 Actress Kate Linder, best known for her role as Ester Valentine on The Young and the Restless (CBS Daytime), also travels for a living as a United Airlines flight attendant. Really! Kate didn’t leave her daytime job even after landing the popular role on Y&R. She takes a break from … Read more