One of the most versatile sports broadcasters in the country, Kenny Albert has become a fixture in the New York Rangers radio booth calling the play-by-play action since 1995. Albert, who has called all four major sports during his professional career, has described the action for over 1,000 professional hockey games over the last two decades. Albert has also been an announcer for FOX Sports since 1994. He was named one of the network’s original NFL play-by-play broadcasters when FOX acquired the rights to the National Football Conference in 1994. He has also been calling Major League Baseball on various FOX networks for over a decade including the last seven seasons on the Saturday Game of the Week.

During the 2002 Winter Olympic Games, Albert and Joe Micheletti called 23 hockey games in 13 days for NBC, including the men’s quarterfinal matchup between Russia and the Czech Republic, and the women’s gold medal game featuring the USA and Canada. Albert returned to NBC for the 2006 Winter Games in Turin, Italy, calling 17 men’s and women’s contests. Albert also called five seasons of the NHL on FOX (1995-99). Albert graduated from New York University in 1990. He lives in New Jersey with wife Barbara, and daughters Amanda and Sydney. 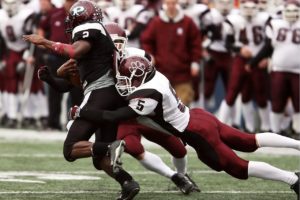 This broadcast is a favorite legacy show that we produced under our old name Travel'n On and before rebranding as WORLD FOOTPRINTS.Attention sports fans, all-American sportscaster, Kenny Albert, son of famed sportscaster Marv Albert, will join Travel'n On to discuss his travels around the country with the NFL and the … Read more