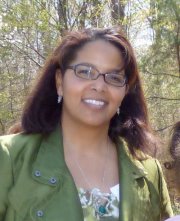 Laura Law-Millett is a successful entrepreneur and the Chief Operations Officer at Constant Motion Entertainment, a full service entertainment company located in Alexandria, Virginia. Laura is also the co-founder of the GI Film Festival which is currently in its 6th year of operations.

The GI Film Festival is a non-profit organization and is the nation’s only military film festival. The mission of the festival is to honor the service and sacrifice of the men and women in uniform through the medium of film. Films screened by the GI Film Festival have gone on to win Academy Awards, Emmy Awards, and air on Showtime, HBO, and the Military Channel as well as gain DVD distribution deals.

In 2009, The GI Film Festival was awarded the coveted American Legion National Commander’s PR award. Previous award recipients include Lou Dobbs, Tim Russert and former MPAA Chairman Jack Valenti, among other media moguls. Laura has also served the nation for over 18 years as an Army Officer in the US Army and US Army Reserves serving in Korea, Turkey, Bosnia, Germany, Colorado, Maryland and Virginia where she earned many distinguished awards. From 2006-2008 Laura was selected to be the subject of a national recruitment media campaign for the US Army reserve. Laura also has a career in volunteering at Girls State and with Junior Achievement.

Laura served on Congressman Tom Davis’ staff in Virginia to help nominate candidates for the military academies. She also created and teaches a leadership class for at-risk high school girls. Laura’s organization Not Too Young to Care brings awareness on ending sex trafficking. She earned a Bachelor of Science degree in Systems Engineering and English Literature from the United States Military Academy at West Point. 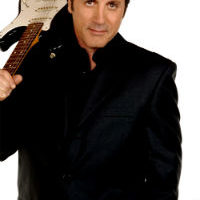 World Footprints will journey inside the life of musician/actor Frank Stallone, we’ll also preview a film festival just for travelers and we’ll talk to the founder of the G.I. Film Festival.Frank Stallone knew he wanted to be a singer at an early age. Although he has joined his brother Sylvester … Read more