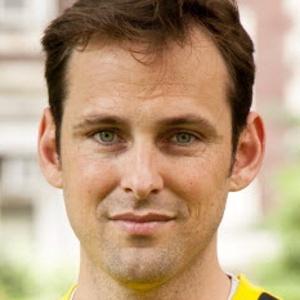 Lawrence Cann intended to volunteer for a month at a homeless services center in Charlotte, North Carolina in 2002. He never left, working full time with and delivering front line services to hundreds of homeless youth, men, and women. Over the course of the years Lawrence’s programs ( a suite of programs called Community Works 945) helped hundreds of people overcome homelessness and established art, gardening, and sports social enterprises for homeless youth and adults, all of which persist to this day. The Street Soccer USA venture, for which Lawrence is the Founder and CEO, has grown from 1 program in Charlotte, North Carolina to 18 cities across the United States. Under his leadership, the organization has established relationships a variety of companies, foundations, and both national and local social service providers. In addition, Lawrence and Street Soccer USA were featured in the Sundance film documentary film “Kicking It!” directed by Susan Koch, produced by Ted Leonsis, narrated by Colin Farrell, and purchased by ESPN films. In 2009 Lawrence was named a People Magazine, “Hero Among Us,” and a 2010 Hero Among US. He also received the John W. Kuykendall Award for Community Service from Davidson College in 2010. Lawrence is a Ukrop Scholar and Cum Laude graduate of Davidson College where he was also an MVP of the men’s varsity soccer team. Lawrence is an active blogger for the New York Time’s Goal Blog, Change.org, and Kenneth Cole’s Awearness Blog. His writing about Street Soccer were recently anthologized in The Global Game, Writers on Soccer. Prior to working in homeless services, Lawrence taught in the public high schools in Sapporo, Japan for two years as part of the JET Program. Street Soccer USA Website

Soccer and a “Survivor” Against Domestic Violence

Fans of the CBS prime-time reality show, Survivor will remember contestant Becky Lee from the 2006 Cook Islands season. She took her prize money and created Becky’s Fund, to raise awareness about domestic violence. Becky will talk about her social mission with the fund, and share some tips for making … Read more