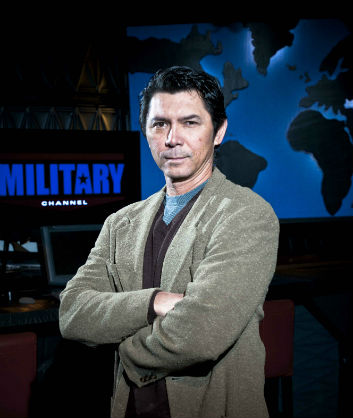 Lou Diamond Phillips is a Filipino-American actor and film director. His breakthrough came when he starred as Ritchie Valens in the biographical drama film La Bamba. He was born 17th February 1962 at the Subic Bay Naval Station in the Philippines. Filipino, Hawaiian, Chinese, Spanish, Scottish/Irish, and eighth Cherokee Indian origins gave him his unusual good looks and brought him main leads in movies. Named after the World War 2 hero Leland ‘Lou’ Diamond, he seemed destined for stardom right from the beginning. He later took the Phillips surname from his step father, George Phillips. As a child he lived with his family in many American States before finally settling in Corpus Christi, Texas.

Becoming interested in acting, Lou took a keen interest while at Flour Bluff High School, before majoring in Drama at The University of Texas at Arlington where he performed in many lead roles while taking classes. This led to an invitation to join a Comedy Troupe known as The Zero Hour, and a stint at the at Stage West theatre in Fort Worth, Texas. In 1982, Lou met the late Adam Roarke who would become a key figure in his acting career. Roarke became inspired to start an acting school after attending a Dallas-located Halloween party populated by young actors. The former actor decided to open his Film Actors Lab at the Dallas Communications Complex in Las Colinas, Texas. Phillips, continues to demonstrate a deep commitment to our men and women in uniform, whether he is visiting with wounded warriors, spreading Christmas cheer at the VA hospital in Los Angeles, filming PSA’s for USO initiatives, or hosting events like the Fourth of July Freedom Concert at The Stadium of Fire.  Additionally, Phillips has taken his commitment to Capitol Hill by testifying before the U.S. Congress in support of the Filipino Veterans of WWII. Lou Diamond Phillips currently serves as host of An Officer and a Movie, a brand new television series on Military Channel, which pairs Phillips with retired and active duty officers who lived through major battles or have an expertise in the conflicts depicted in notable Hollywood films.  As each film makes its Military Channel premiere, An Officer and a Movie provides expert commentary from the GIs who have been “on the ground” during the action as these officers reflect on the themes of that night’s film and also provide personal insight that puts each movie into a modern context.  An Officer and a Movie premieres weekly on Fridays and Saturday nights from 8-10 PM ET on Military Channel, Discovery Communications’ network dedicated to honoring the Armed Forces from past to present.

With respect to Lou Diamond Phillips’ acting career, he first came to the public’s attention when he starred as Richie Valens in La Bamba. He solidified his reputation in Stand and Deliver, for which he won the Independent Spirit Award for Best Supporting Actor and received a Best Supporting Actor Golden Globe nomination. Other notable film credits include Courage Under Fire, Young Guns and most recently, CHE. Additionally, Phillips earned a Tony nomination for Best Actor for his performance as the King of Siam in the Broadway production of Rodgers & Hammerstein’s The King and I. Currently in its final season, Phillips can be seen on the SyFy series Stargate: Universe. A few of his other memorable television credits include Chuck, Psych, Law and Order: SVU, and Numb3rs. As a director, Phillips most recently helmed the Hallmark Channel movie Love Takes Wing in 2009. In addition to a very busy acting career, Lou is also a keen poker player and is also actively involved in many charities. He can be often spotted at various charity events, poker tours, and even appearing on NBC’s I’m A Celebrity Get Me Out Of Here.