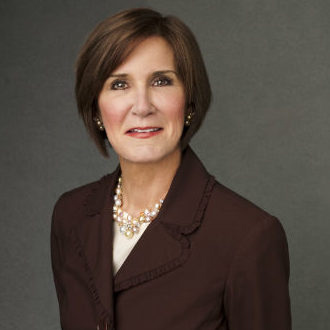 Mary Matalin is one of the most celebrated and popular conservative voices in America. As an author, television and radio host, and widely sought after political contributor, pundit and public speaker, she has become noted for her straightforward manner and insightful political repartee.  Among her many roles and accomplishments, she has served under President Ronald Reagan, made her mark as George H.W. Bush’s Campaign director and most recently as assistant to President George W. Bush, and as assistant and counselor to Vice President Dick Cheney, making her the first White House official to hold that double title.

Matalin has been active in politics since college, starting at the grassroots level in local and statewide campaigns in her native Illinois. In 1980, after graduating from Western Illinois University, Matalin joined a re-election campaign for Illinois Lt. Governor David O’Neal at the request of a former professor. She was so successful, that when the “Reagan Revolution” brought her to Washington DC, she was quickly hired by the Republican National Committee. After a hiatus from Washington to attend Hofstra Law School, Matalin returned the RNC in 1984 to serve as national voter contact director for the Reagan-Bush Campaign. By 1988, after holding various senior positions in the George H.W. Bush successful presidential campaign of that same year, she was appointed Chief of Staff to Republican National Committee Chairman, Lee Atwater. In 1992, President Bush named her deputy campaign manager for Political Operations, and as such she was responsible for the overview and organization of operations in all 50 states. As the on-board planner who traveled with President Bush throughout the 1992 campaign, she emerged as the vocal, and occasionally controversial, defender of the President and his policies. Since that time, Matalin has made frequent television appearances as a political commentator, securing a career in conservative media advocacy following decades of work in the GOP political trenches.

She was a founding co-host of the Washington-based political weeknight talk show Equal Time, which premiered in May, 1993 on CNBC. Her political astuteness and antics contributed to the show’s being hailed as “the best talk show on television” by Knight Ridder News Service, and her straightforwardness and sharp sense of humor helped to make the show one of the most talked about programs in the network’s history.  She has made numerous appearances on NBC’s Meet the Press, as well as on the popular HBO series K-Street, and before joining the Bush/Cheney White House, hosted CNN’s critically acclaimed debate show, Crossfire.  Today she can be seen as a frequent guest commentator on news networks such as ABC, CNN, MSNBC, and Fox News Network. Matalin took her sharp wit, energy and free-spirited political views to the airwaves with her own three-hour afternoon radio program on the CBS Talk Radio Network. The Mary Matalin Show highlighted current events, featured distinguished guests, and was regularly inundated with listener calls. Talkers magazine listed Matalin as one of “The 100 Most Important Talk Show Hosts in America” in 1996, 1997 and 1998. The show was also recognized by receiving Talk Daily’s “Great Web Site Award.” Today, along with Arianna Huffington, she co-hosts the nationally-syndicated radio program Both Sides Now, which is currently broadcast on over 100 radio stations across the country. The show-being called “the only ‘2 sides/ 2 women’ national talk program around”-represents a departure from traditional news talk product which is dominated across the U.S. by male voices.

In addition to her successful careers in politics, television and radio, Matalin is also a widely read, respected and acclaimed author and serves as Editor-at-Large for Threshold Editions, a conservative publishing imprint at Simon & Schuster that has published authors from Vice President Dick Cheney to Karl Rove to Glenn Beck. Matalin also co-authored the best-selling political campaign book All’s Fair: Love, War, and Running for President with her husband, James Carville. The book was named one of the top 5 best books on public relations by The Wall Street Journal. Her most recent book, Letters to My Daughters made both The New York Times and The Washington Post bestseller lists. Letters was also named a Book of the Month Club selection, and was chosen for a condensed version by Reader’s Digest. As if all this were not enough, Matalin also makes regular appearances as a public speaker and sits on the boards of numerous respected institutions across the country, including: Tulane University’s President’s Council, The Academy of the Sacred Heart, The New Orleans Jazz Orchestra, The Water Institute of the Gulf, The Louisiana Nature Conservancy and most recently Matalin accepted an appointment as a visiting distinguished lecturer in political science at Loyola University New Orleans.  Matalin was also co-chair of the 2013 NFL Super Bowl Host Committee alongside her husband, James Carville. Today, the couple resides in New Orleans with their two teenage daughters, Matty and Emerson, and numerous animals of various persuasion. 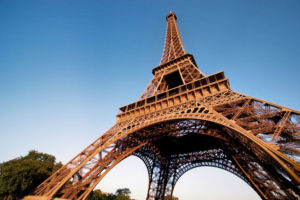 The best way to experience a city is through the eyes of a local.   We’ll travel to New Orleans and walk along Paris’s rue des Martyrs with the people who know them best. Democratic consultant James Carville says that New Orleans is defined by its culture and way of life … Read more 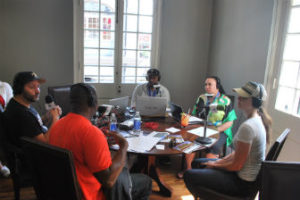