Michael A. Nutter is an American politician who served as the 98th Mayor of Philadelphia. He is a lifetime Philadelphian, with an accomplished career of public service, business and financial administration. Michael served as a City Councilman for nearly 15 years representing Philadelphia’s Fourth District. He has also served as Democratic Ward Leader of the 52nd Ward since 1990. During his time in Council, Michael worked to lower taxes for Philadelphians. He engineered groundbreaking ethics reform legislation, and led efforts to pass a citywide smoking ban, among countless economic and legislative measures to improve the quality of life for people and businesses in the 4th District and citywide. In July of 2006, he resigned his City Council seat to run in Philadelphia’s mayoral election. On November 6th, 2007, Michael was overwhelmingly elected Mayor of the City of Philadelphia. Michael Nutter grew up in West Philadelphia, where he lived with his parents, sister and grandmother. Michael is grateful to his family for instilling in him a strong belief in the value of education and community service.   Click here to visit his website

In 2011, Esquire magazine named Mayor Nutter to its Americans of the Year list and in 2014, he was named Public Official of the Year by Governing magazine. During his tenure, Philadelphia City government received more than 150 awards for innovative programs, good government practices and excellence.

Mayor Michael Nutter is a life-long Philadelphian, born and raised in West Philadelphia and educated at the Wharton School at the University of Pennsylvania. He has been dedicated to public service since his youth. Mayor Nutter is happily married to his wife Lisa, and a proud parent to Christian and Olivia. 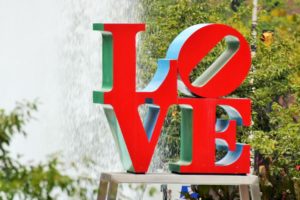 This broadcast is a favorite legacy show that we produced under our old name Travel’n On and before rebranding as WORLD FOOTPRINTS. Today we” talk about the well-known Louis Armstrong Park. On this edition, we travel back to New Orleans for a conversation with Bruce Beckham, Executive Director of Tourism … Read more