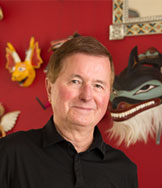 For much of his career, R.F. Hemphill, author of Dust Tea, Dingoes & Dragons, was employed at AES, a highly regarded global electric power generating and distribution company, where he served as Executive Vice President and Chief of Staff to the CEO. Hemphill was one of the three executives who began the company in 1981, growing it from a million dollar six person start up. AES owns and operates 38,000 MW of power plants in 21 countries around the globe, is publicly listed on the NYSE, and had approximately $18 billion of revenues in 2013.

Recently, Robert Hemphill was the founder and CEO of AES Solar Power Ltd from its inception until his retirement in December 2013. The company, formed in March 2008, is a joint venture of the AES Corporation and Riverstone LLC, an energy focused private equity fund. AES Solar is a leading developer, owner and operator of utility-scale photovoltaic solar plants connected to the electric power grid. These installations, ranging in size from less than 2 MW to more than 250 MW, consist of large arrays of land-based solar photovoltaic panels that directly convert sunlight to electricity. Under his leadership, the company designed, permitted and constructed fifty-one solar plants (526 MW) in seven countries: Spain, France, Italy, Bulgaria, Greece, India and the US.

He has also been a senior policy official at the Department of Energy and Deputy Manager of Power at the Tennessee Valley Authority.

His book, Dust Tea, Dingoes & Dragons is a lesson in the meshing of cultures, the diplomacy of building business relationships, and, ultimately, of surviving to tell the tale. 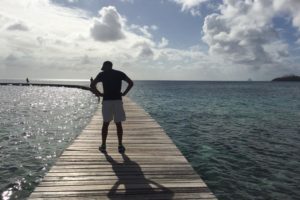 Travel is one of the most transformative life experiences anyone can have.  It can renew one’s energy, bring immeasurable joy, even inspire a life’s direction and encourage hope.  The Make A Wish foundation understands the power of travel.  Since 1980 the organization has granted over a quarter of million wishes … Read more