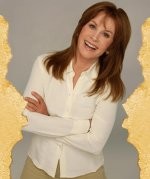 Actress Stefanie Powers, whose charming and thoughtful real-life personality may most closely resemble stunning renaissance woman Jennifer Hart, the character she portrayed on the hit television series “Hart to Hart”, has combined a natural curiosity and passion for knowledge, world travel and diverse cultures into both an award-winning acting career and an equally active life of heartfelt philanthropic work. The cornerstone of that work is the William Holden Wildlife Foundation, a public charity dedicated to the preservation of wild animals, which Stefanie helped to found in honor of the late actor and for which she serves as president.

The William Holden Wildlife Education Center, which currently serves 10,000 students a year, is located near the Mt. Kenya Safari Club and the Mt. Kenya Game Ranch started by Holden in the late 1950’s before conservation became a popular issue. What’s perhaps staggering for most of us who would find either acting or extensive social workeach full-time occupations in themselves is that Stefanie’s life only begins there. She makes the term well-rounded a severe understatement. To begin, she runs her own production company, which always has several projects brewing. Her acting credits include 27 feature films and the television series “The Girl From U.N.C.L.E.”, “The Feather and Father Gang” and, of course, “Hart to Hart”. Her many mini-series include “Washington: Behind Closed Doors”, “Deceptions”, “Mistral’s Daughter”, “At Mother’s Request”, “Burden of Proof” and “Beryl Markham: A Shadow on the Sun”, which she also produced. She has also appeared on stage in many musical productions. She was reunited with Robert Wagner in the play “Love Letters” for a 4-week run followed by tours of the play in many U.S. cities and Canada, and the “Hart to Hart” pair recreated their weekly series by doing 5 2-hour movies for the NBC-TV and three for the Family Channel. Travel has always been an important part of her life, and in pursuit of more meaningful experiences, she has taught herself to be conversant in seven languages As if that’s not enough, she’s released two home videos, one on horseback riding and the current “Stefanie Powers’ Broadway Workout” from Lightyear Entertainment, a 47-minute fitness workout underscored with Broadway showtunes. She is also involved with several American zoos, where she works with species survival programs, and she has become the celebrity spokesperson for the HomeAgain Companion Animal Retrieval System, a new microchip implant designed to track house pets and help return them to their owners when they stray. 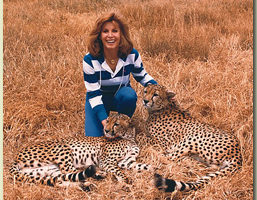 National Geographic International (now FOX) producer, Dawn Drew, has been to India more than 100 times and she recently spent three months filming around the country.  Dawn says that each visit to India offers something new and that travelers should go beyond the iconic attractions for an authentic travel experience.  … Read more 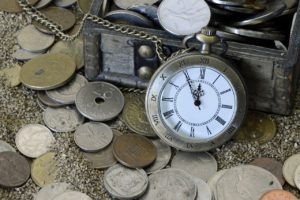 This broadcast is a favorite legacy show that we produced under our old name Travel’n On and before re-branding as WORLD FOOTPRINTS. Stefanie Powers will talk about her conservation work. Have you ever descended into the depths of a mine, or panned for gold in Alaska? It’s all in a … Read more