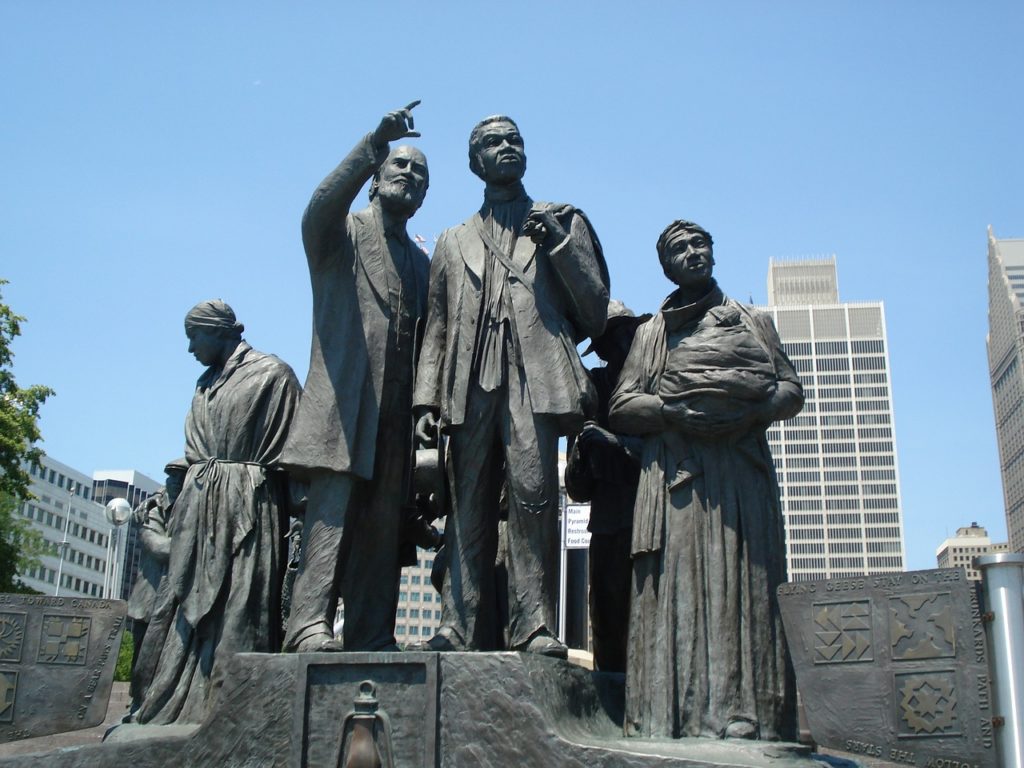 I didn’t know a single thing about Detroit when I moved here a year ago. Most people plan where they want to move but when your spouse is in medical school, you don’t always have the luxury of choice or time.

The sudden relocation to the city was a surprise. We had expected a move to Florida, but at the last minute, we were offered a better situation in Michigan. Michigan! I was thrilled. I had been once before, and the green forests and darling small towns throughout the state captivated me. I had only a few seconds to enjoy this prospect before my husband filled me in on the details. “We’re going to Detroit.”

Detroit! Just the word made my heart drop to my toes. Detroit? Where all the crime is? You can get shot just walking down the street there. Right? My mind conjured up a city of sagging buildings and grimy sidewalks.

When we arrived in Detroit ten days later, I hadn’t had much time to research our new home. My expectations were low, and I wasn’t hoping for much. So I was surprised when I discovered the city has an interesting urban landscape, dotted with lush nature reserves and metro parks.

I quickly discovered that Detroit’s reputation as a dangerous place is largely based on long-past incidents of racial violence and economic hardship. The city has recently started to boom again, and it shows. The city’s car industry has found new life, drawing young professionals and families into the metro area. Neighborhoods that used to be considered dangerous are finding a second wind as their historic homes are lovingly restored and inhabited. Many of the suburbs are taking pride in becoming increasingly cohesive and friendly communities, as is evidenced by newspaper articles on improving community relations and frequent local gatherings. This isn’t such a bad place to live, after all.

Detroit isn’t a major tourist city, but maybe it should be. After all, the city’s recent resurrection has sparked new interest in local attractions. And there are a lot of local attractions!

Midtown Detroit is my favorite part of the city, with its easy parking and plentiful museums within walking distance of each other. Locals get into the Detroit Institute of Art for free, and most of the other museums, like the Museum of African American History, are affordable to visit.

Downtown is a cool place to visit, too, and its distinct neighborhoods each with something new to offer. It took me a few weekends of traipsing through the city to figure out what to do, but after a while, even the confusing knot of streets became easy to navigate. The more time I spend downtown, the more I discover the vibrant music, arts, and sports culture that grows out of the brick and asphalt.

My favorite place downtown is the River Walk. I love strolling along the edge of the Detroit River, enjoying the view of American flags waving on our side of the river and Canadian flags saluting from the other side. The River Walk is a state park, so anyone with a state park pass can use the parking lot for free… Michiganders, rejoice! The River Walk passes by the huge GM headquarters, where you can browse the shops, check out the car museum, or use the 75 cent People Mover transport system, which takes you pretty much anywhere you need to go in the downtown area.

Corktown is the oldest neighborhood in Detroit. Although it’s not the most interesting area for tourists, since there are few attractions, there are many historic buildings just begging to be photographed. Federal-style detached homes and rowhouses intermingle with Victorian townhouses that have Italianate, Gothic, and Queen Anne elements.

A short drive from Corktown is Greektown, the nightlife district, with casinos and many Mediterranean food options. Another neighborhood, Mexican town is quieter, and offers similarly satisfying food experiences.

The Eastern Market district is perhaps the most quintessentially Detroit. It maintains a feel of industrialism with a strong dose of urban decay, offering blocks and blocks of buildings covered in street art as well as old-style delis and markets. The Saturday farmer’s market is reportedly fabulous, with its large array of fresh produce from growers all over the region.

Although I love exploring the streets of Detroit proper, I’m happiest when I get out of the city. Detroit is densely urban, but it’s just a short drive away from the Rouge River and other quiet natural spaces. In the summer, my husband and I love to take our kayak and paddle lazily down the river, or play a game of Frisbee in one of the many state parks. That’s the beauty of Detroit—you can get dressed up and head downtown, or pull on your sneakers and find a place to listen to the sounds of nature. Or, you can enjoy the best of both worlds by visiting a nature park in the middle of downtown itself!

Detroit is misunderstood—something many of us can relate to, and a fact that will perhaps compel us to give Detroit a chance. It’s true that Detroit has terrible drivers, and it’s true that winters are tough. The roads aren’t the best, either. But Detroit certainly doesn’t deserve the awful reputation that it has been given, something highlighted by the name of a popular local outfitter, Say Nice Things about Detroit.

Step back and take a better look at the city, and you’ll see a historic, vibrant city. This is where industry and trade flourished hundreds of years ago, catapulting America into the international trade scene, first through the fur trade, and later the steamboat and auto industry. This is where the virtues of hard work and tenacity have won out again and again. Detroit has seen hard times, but it has risen from the ashes, like the mythical Phoenix, to soar to new heights.

When you look at Detroit, look beyond the tangle of freeways, the cold glass skyscrapers, and the heavy archaic architecture. Look inside to see the pulsing, living rhythm of Detroit, a city that can’t be defeated. Listen for the sound of Motown music, the hum of Ford motors. Watch for the flurry of humanity at work. Feel the life of the city, from the wildlife in the streams to the child at play to the mechanic hard at work. Give Detroit a chance! If you come here, you’ll discover what I have already found to be true: Detroit is a wonderful place to visit and to live.

2 thoughts on “Heartbeat of Detroit”