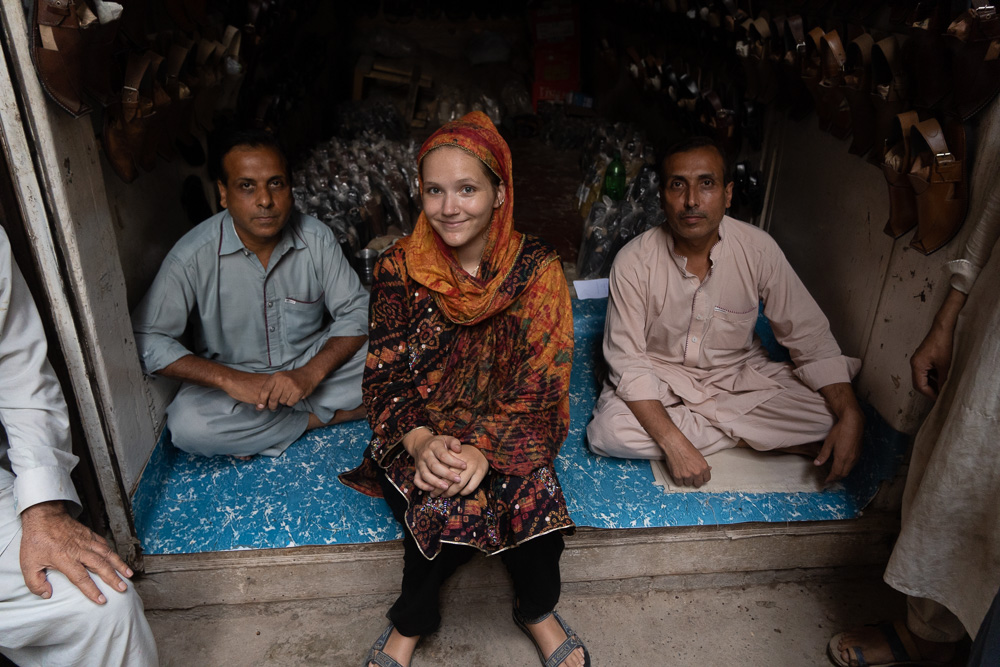 I first became interested in Pakistan when I was 9 years old. At the time, I was completely fascinated by all things South Asia. I scoured libraries for fiction books set in the region, rented educational movies, and begged my mom to take us to local Desi restaurants. I promised myself I would one day set foot in both Pakistan AND India, though, at the time, that seemed both far-away and quite impossible.

My love affair with Pakistan certainly wasn’t linear though. From age 11 to 22, my desire to see the world took a backseat to more typical teen and young adult proclivities. But what ended up happening next proved to me without a shadow of a doubt that what’s truly meant for you will always find its way back around.

After getting bit with the travel bug at age 20, my boyfriend and I first took a quick trip to Ecuador, then delved into backpacking with a one-month jaunt around Western Europe. And in 2018 at age 22, I finally set foot in South Asia — India to be exact. Upon touching down, I felt like I was my nine-year-old self again. Those ten days we spent in the subcontinent were filled with travel magic, the kinds of experiences that I had only ever dreamed of that were at one point the object of my most fervent dreams.

Yet despite being so close to neighboring Pakistan, I had seemingly forgotten about it. In fact, I wasn’t even aware that it was open for tourism. Yet all that quickly changed mere weeks after returning home. I soon discovered videos and blog posts about the infrequently-visited country and was amazed.

Mountain vistas that put everything I’d just seen to shame, stories of hospitality I couldn’t even believe were real and the newfound knowledge that Pakistan was seemingly free of scams and mass tourism sealed the deal. The Islamic Republic of Pakistan would absolutely be added to my next travel itinerary.

Nearly a year to the date later, I entered Pakistan on August 3rd, 2019. I still remember those first moments like they happened yesterday. The orange-pink sunset as I walked across the border, the warm welcome I received at immigration, my eyes wide open, and my mouth set in a massive smile as I stared out the dusty van window on the way from the border to the hostel. 14 years after my childhood obsession, I was finally in Pakistan. My younger self would have fainted.

The next four months proved to be a whirlwind of beauty, love, and mystique. In a country as different from my own as could possibly be, I somehow felt at home. Though I had entered with some loose plans, I soon realized that plans mean nothing in Pakistan. But I began to thrive on the chaos and spontaneity, and before I knew it, an entire month in the country’s “culture capital” Lahore had passed.

I’m by no means a city lover, and though I had high expectations of Lahore, I couldn’t have dreamed I’d fall in love with it the way I did. Lahori cuisine wowed my tastebuds, the never-ending amount of historical sites piqued my interest in ways no other historical places ever had, and I soon found myself infatuated once again: this time with Sufism, an order of Islam known for its swirling trance-like meditation dhamal.

But as great as all the sights, tastes, and sounds of Lahore were, it was the people I met that made me fall deeply in love with the metropolis. Coming from one of the most individualistic countries on the planet, to be in a place where strangers treated me like a long-lost family member was dizzying. First, there was the random Couchsurfing host who offered his space for weeks on end, all whilst showing and feeding me the best Lahore had to offer.

Then the family who, on one of the most important holidays of the year, saw me unsuccessfully searching for a restaurant to eat at and insisted I enjoy their feast with them. These were but two of the dozens upon dozens of remarkable encounters I had with Pakistanis in just my first month. And it didn’t stop there.

After finally leaving Lahore, I made it to Peshawar, the oldest city in South Asia that sits only 32 miles from the Afghan border. Couchsurfing worked its magic again as it allowed me to connect with a host with who I’m still in contact today. Born and raised in the city, he proved to me why Pathans (Peshawar’s dominant ethnic group) have a reputation for being the most hospitable people in Pakistan…. which trust me, is saying a lot.

I hiked to alpine lakes, stayed in local homes in villages far away from any semblance of a city, attended multiple minority religious events that I had previously never knew existed, let my palette fully expand with dishes like paya AKA goat hoove stew, and awed at historical sites that dated back centuries.

But as I moved deeper into the country, first through Khyber Pakhtunkhwa, then Gilgit-Baltistan, and finally back down to Lahore, I found myself constantly amazed each and every day. I had been a traveler for years at this point, and I’d had love for this region for over a decade, but it was this trip that truly changed everything for me.

Pakistan, a country that was constantly smeared by Western media and assumed to be mortally dangerous by so many Americans, gave me the most incredible welcome. Never before in any of my travels had I encountered such warm and kind-hearted people. People that would go out of their way for me when they absolutely did not have to. People that looked out for me when others would have sought to scam or take advantage. People that opened their homes and their dinner tables, without seeking anything but genuine conversation in return.

In the 15 months since I’ve left Pakistan, (my return has been severely delayed due to the pandemic), not a day has gone by that I haven’t thought about everyone I met and everything I experienced.

Though I had been pretty sure of my choice to be a full-time traveler/digital nomad before setting foot in PK, my experiences there solidified it. There’s nothing more I want in life than to explore this planet through people. To attempt to understand and encounter other ways of living that couldn’t be more different than my upbringing.

Pakistanis truly restored my faith in humanity, a faith that was shaken after years of living amongst and dealing with unaffected and self-absorbed people in the US. I’m even learning Urdu, the country’s national language, which I can now have full conversations in.

And while I do hope to explore other pieces of our planet eventually, my immediate plans involve seeing each and every corner of Pakistan first. I couldn’t be happier that I took the chance and booked this trip, as it not only gave me the clarity I needed for my future goals but also proved to me that good people really do exist. And to those I had the pleasure of meeting so far, I’m forever and always grateful.

Cover: Author with some friendly shoemakers who invited her for tea in Peshawar. 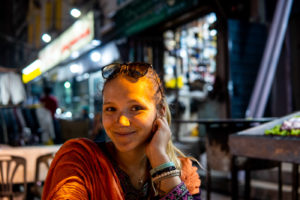 Samantha Shea is a freelance writer and travel blogger originally from the US. She has contributed to a number of publications and also shares her own guides and stories on Intentionaldetours.com. Samantha is passionate about slow and immersive backpacking, and you can often find her in Asia. When she’s not writing, she enjoys cycling, hiking, relaxing on the beach and practicing her foreign language skills.