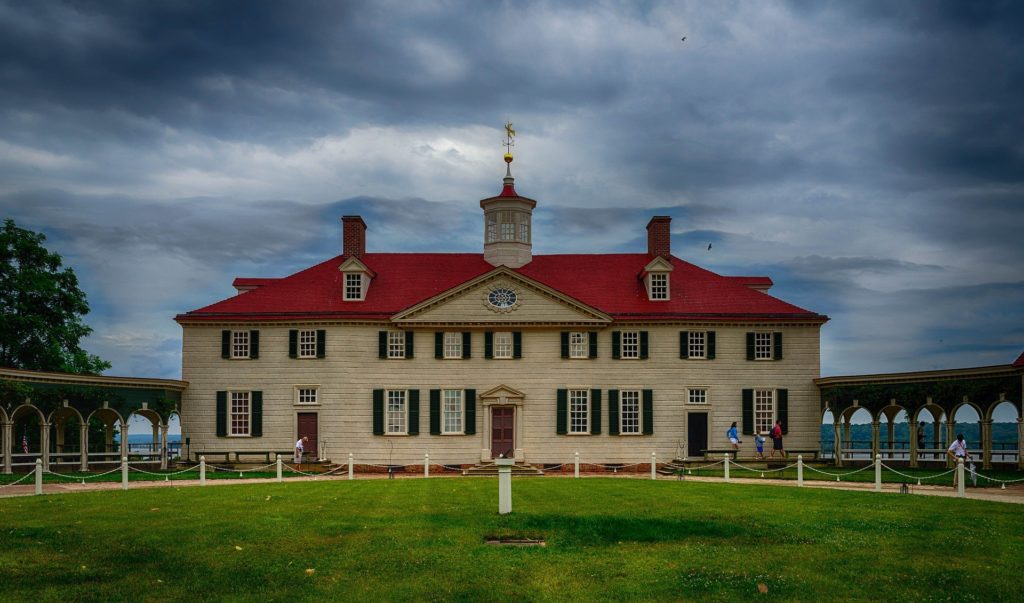 Mount Vernon is the northern Virginia home of the first United States president, George Washington, and it’s a prominent tourist site. In fact, it’s the most visited historic home in America with over 1 million yearly visitors on average. Visitors who come to Mount Vernon today can visit two museums, walk through the many outbuildings and gardens, walk through a recreated farm site, and of course, tour the historic house that was initially built by George Washington’s father, Lawrence, in 1734. It was originally a much smaller home, although still impressive by the standards of the day. George Washington expanded the home considerably when he inherited the property in 1761. Today the mansion is over 11,000 square feet and consists of 21 rooms.

Mount Vernon first became a tourist attraction just before the start of the American Civil War thanks to the efforts of Ann Pamela Cunningham and the subsequent Mount Vernon Ladies Association, which is the group that manages the estate to this day. Some of the first visitors were Civil War soldiers, and if you venture down to the tomb of General Washington and his family, you can see Civil War-era graffiti carved into the brick.

The visitor experience at Mount Vernon has changed throughout the years and will hopefully continue to change and improve as much as it can in the future. The tours have also been reworked and improved as new information comes to light or as new employees have the opportunity for input. One of the most prominent ways the tour has changed is how the history interpreters (tour guides) are trained to educate visitors about slavery at Mount Vernon, and the individual lives of the enslaved people on the estate as well.

When I first started working at Mount Vernon as a history interpreter in 2015, I was fresh out of college and genuinely very excited about working there. Though that excitement slowly faded over the years, the way I felt about the estate and the enslaved people who were there never did. I wanted to do my best to respect their lives and do what I could to make sure they weren’t nameless and faceless individuals.

Around the time I was trained to be a history interpreter, things at Mount Vernon were changing, specifically on the subject of slavery. As I studied the house tour, my manager emphasized that we should mention the enslaved people in each room, and we should mention them by name. I learned the names of Ona Judge, Billy Lee, Caroline Branham, Christopher Sheels, and many others and tried my best to tell their stories. For example, in the New Room (the large ballroom/occasional dining room), I would talk about the farming motif in the carvings on the ceilings, the marble fireplace, and the rest of the artwork and how that represents General George Washington’s aspiration that America become the breadbasket to the world and grow wheat instead of tobacco. I also would explain to the guests how it was the enslaved people who were actually working on the farm and doing the backbreaking labor that led to Washington’s wealth.

In the kitchen, I would talk about Nathan and Lucy, who were two of the enslaved cooks at the mansion. The kitchen was a separate building to the side of the house, and Lucy lived in the attic of the kitchen with her children and her husband, Frank Lee, who was the butler in the house. The enslaved people at Mount Vernon had their own communities, cultures, and relationships, and it’s important to remember them as individuals rather than as side characters in someone else’s life.

This is in stark contrast to the way tours used to be at Mount Vernon. In the past, enslaved people were referred to as servants as a way to make their experiences seem less painful and harsh. This was not a Mount Vernon-specific problem, as many museums and historic sites glossed over the history of slavery and some would even insinuate that the enslaved people were happy to be there—as if they were grateful to be owned. This is completely untrue, of course, and part of the current approach to discussing slavery on tours seeks not only to educate, but to correct past misconceptions.

You might have noticed that I am referring to the individuals who were enslaved at Mount Vernon as “enslaved workers” or “enslaved people” instead of slaves. That’s something that was new when I started there. I remember being told that we were taking cues from other museums and institutions such as the Smithsonian and that this was an effort to discuss slavery as a condition placed upon individuals instead of their identity. Is that the right thing to do? We did receive some occasional feedback from people who felt that avoiding the word “slave” sanitized the story. They would say that the word “slave” was jarring and uncomfortable and that we should use it for that reason. Is that the right thing to do? I don’t know. I’m not an expert, and sometimes I wondered if there was an exact right answer that would be the right one forever without having to be reevaluated. What I do know is that the right thing is to always be listening and to reevaluate opinions as new information and perspectives are brought to our attention.

Many of the interpreters who gave tours received occasional negative feedback from the guests who took our tours. I personally was told that there was “too much talk about slavery” and we all got comments complaining that we talked about slavery in every room. We always thought, ‘Well, there was slavery in every room of the house’. It’s unfortunate that there were people who were so attached to their mythologized version of George Washington that they reacted so negatively to any mention of him as an imperfect man. But he was imperfect, significantly so, and sometimes I thought that was a better lesson than the one I learned in kindergarten about a perfect, God-like figure who couldn’t lie and always made the right choice.

While I tried my best to be informed on the topic, I am not an expert on the subject of slavery. But I know that we need to talk about it. We need to respect the lives of the 317 enslaved people who our first president owned and make sure their stories don’t get forgotten. I do believe that the tour improved during my time there, but there is and will always be more work to be done. 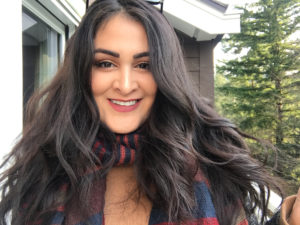 Sangeeta Ranade is a writer and digital content creator based near Washington, DC. She is passionate about travel and music, and you can follow her at SangeetaRanade.com.