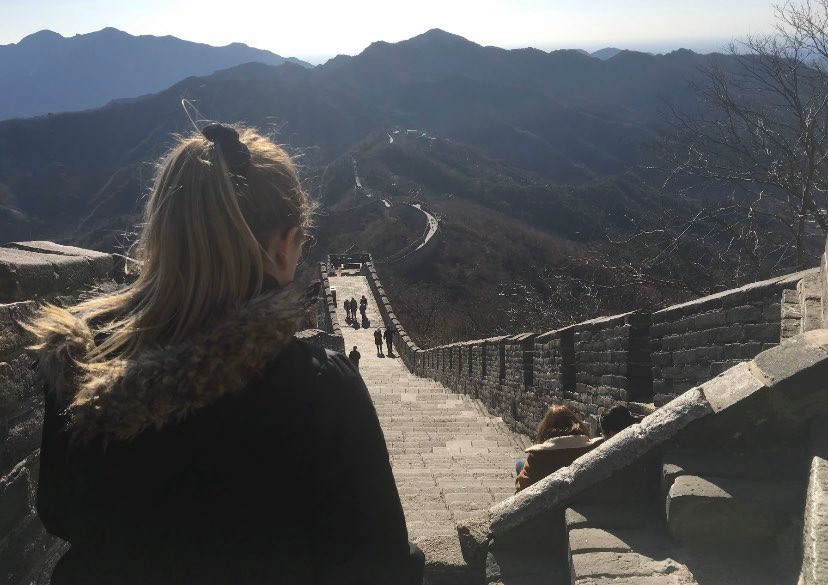 Once I returned from my first solo trip, I knew I had changed. It started with me sitting nervously on a flight to Vienna, butterflies swirling around in my stomach and desperately hoping to meet at least one person. Fast-forward a week later; I had travelled to Salzburg and Krakow, full of memories that included dinners, mountains, late-nights, and new friends.

I returned from this first trip more confident, self-assured, and strong. It was refreshing to be in the driver’s seat of my own itinerary. More than that, it was heart-warming to learn just how approachable you become and how large the capacity to meet people is when you travel alone. This new discovery propelled me to more trips, stints abroad, and solo adventures. And each trip prepared me for the next; I learnt how to be a better traveller.

My experiences with solo travel have also unsurprisingly aided in self-development, work skills, creative pursuits, and social circles. Little did I know that my lessons learned from travelling alone would be transferable to the current climate. Up until a month ago, I was living short-term in Morocco. COVID-19 quickly sunk its teeth across all borders and I was swiftly on a repatriation flight back to Canada where I immediately went into two weeks of self-isolation. But all my years of travelling alone equipped me with emotional endurance and strength. I never imagined these lessons would come in handy as much as they have during this global pandemic.

A broader perspective on the world

Before I travelled alone, I lived in a bubble. This isn’t necessarily a bad thing, but when I was out of my comfort zone and in different environments, I became aware of the small space I take up. How humble my world all of a sudden felt in the midst of millions of interconnected stories. Before travelling alone, my blind spot was huge. Afterwards, I learnt how to open my eyes and see from another point of view. Meeting people from various cultures gave me a better grip on different realities.

Finding myself in self-isolation, I was able to pivot my perspective yet again, because I had the hindsight of how helpful it is to acknowledge the world beyond one’s own biases. I was able to look at the bigger picture from a number of angles. I was worried and nervous about how everything was impacting my life, but so were my friends in Vietnam and Sri Lanka. I looked at how certain countries were handling it poorly and how other countries were handling it better. Having this broader perspective was instrumental in my daily check-ins during self-isolation.

Confronting and accepting my own emotions

Travelling alone makes it hard to distract from what you’re feeling. While you have a high amount of stimulating experiences at your fingertips, you’re simultaneously presented with opportunities to reflect on your past, present, and future. One evening, I could find myself socializing on a fun pub crawl that a hostel organized and contrarily be alone on a long train ride the next day. You’re always experiencing this constant push and pull of emotions.

Solo travel has offered me transformational growth because I’ve had more space to show up for my feelings and explore them deeper, rather than giving in to distractions. In self-isolation, I still had a lot happening around me. News stories breaking, media erupting, and family checking in. Yet, I had a lot brewing internally. My solo travel experiences equipped me with the necessary tools to process my emotions and accept them.

Surrendering to circumstances beyond my control

Travelling solo, and travelling in general, will undoubtedly offer unpredictable speed bumps. Whether it may be a delayed train, a closed attraction, or getting caught in a flash flood, it’s nearly impossible to control your entire itinerary. Eventually, you learn that it’s best to succumb and adapt to changing circumstances rather than resist them. You save yourself a lot of energy.

This was especially relevant when the uncertainty of time left in Morocco turned into taking a last-minute flight 24 hours later. Arriving in Montreal with the recommendations from health experts in mind prohibited me from seeing my family right away like I usually do; instead, I had to surrender to self-imposed isolation for two weeks. This scenario was not ideal but necessary. Learning not to let circumstances beyond my control negatively affect my mindset enabled me to move forward without resistance.

One of the most novel, exciting, yet exhausting aspects of travelling alone is that every day is different. It initially felt like a shock to my system when the routines that I had become accustomed to as a student or full-time worker were thrown out the door. When travelling alone, you often find yourself waking up in a new city, having to plan what local transportation you might have to use, and where to get breakfast. It’s an adjustment, but this is also half the fun of travelling alone and something I quickly got used to. The more I travelled solo, the quicker I wrapped my head around changing bus schedules, new languages, and different currencies. Varying daily itineraries just became normal.

The same can be said about self-isolating. My work is freelance and assignment-based so this is already heavily determined by clients’ needs and my own initiatives. My typical choices for food were dependent on what was in stock and I incorporated different workout routines and virtual calls that fit in with my own energy levels and the schedules of others. Even though self-isolation was its own kind of strange, I wasn’t immediately thrown off by a contrasting change of pace.

Connecting to family and friends virtually

My long-term trips and time spent living abroad have meant that I’ve gotten good at connecting with loved ones virtually. Specifically, as a solo female traveller, it’s important that I check in to give my family updates. Carving out time for a virtual hangout with a good friend or family member was a common practice for me throughout my solo travels. Not only did it keep the people that matter to me in the loop, but it grounded me. While abroad, I wasn’t always certain of when I would see someone in the near future. Talking to a good friend, albeit on a screen, and keeping in touch became extremely comforting.

Similarly, during my two weeks of self-isolation, I knew how equally important it was to set out intentional time to connect with family and friends, and across numerous time zones. While many others were adapting to Facetiming loved ones they usually see in person, I was already accustomed to it.

It’s easier to problem solve when you travel with friends or an organized group. You can quickly put heads together and can rely on teamwork to achieve certain goals. But travelling alone doesn’t provide the same luxury. You are a bit more vulnerable and have to sometimes trust your own instincts. I recall travelling through China alone and sometimes feeling like a deer in headlights with confusion. And although I have an independent soul and like to figure things out on my own, I’ve learnt that asking for help is often the best solution. Whether it’s asking for directions or general advice, asking for help when it’s warranted has saved me time, stress, and money. Sometimes I’ve even made a new friend. But more importantly, it’s taught me the balance of self-reliance and knowing when to seek support.

In self-isolation, I was quick to realize again how I couldn’t do everything on my own. I asked a good friend in Montreal to get my groceries for me. I asked the staff at my accommodations for laundry machine change because I didn’t have Canadian currency. Knowing that if you ask politely, people will generally want to help you has been a saving grace for me in solo travels and isolation.

Being comfortable in my own company

The difference between being alone and lonely was more recognizable once I had solo travelled. I used to think that solo travel meant you were always lonely. On the contrary, travelling solo armored me with this newfound self-awareness and I learnt how to enjoy my own company. I’ve met so many people while out on my own and I’ve made incredible friendships that I wouldn’t have made if I wasn’t travelling alone. At the same time, I was also having meals, visiting museums, and taking hikes, all on my own.

What these experiences gave me was a deep sense of self-love and comfort with alone time when it’s available. I now thoroughly enjoy having time to journal, read my book, or just sit and observe the world around me without feeling like I always need company. In self-isolation, this strong sense of self was even more apparent as I was eating every meal alone or watching entertainment alone. Solo travel empowered me to develop a better relationship with myself and that ultimately resonated enormously in self-isolation. 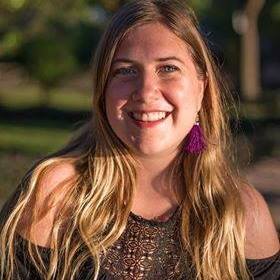 Born and raised in Toronto, Canada, Lydia Klemensowicz can say she feels at home in many places around the world. She has lived in various countries including Ireland and Tanzania. She is usually found laughing or writing her latest travelogue with a good cup of coffee in her hand. Follow more of her story and work at lydiapaulina.ca.