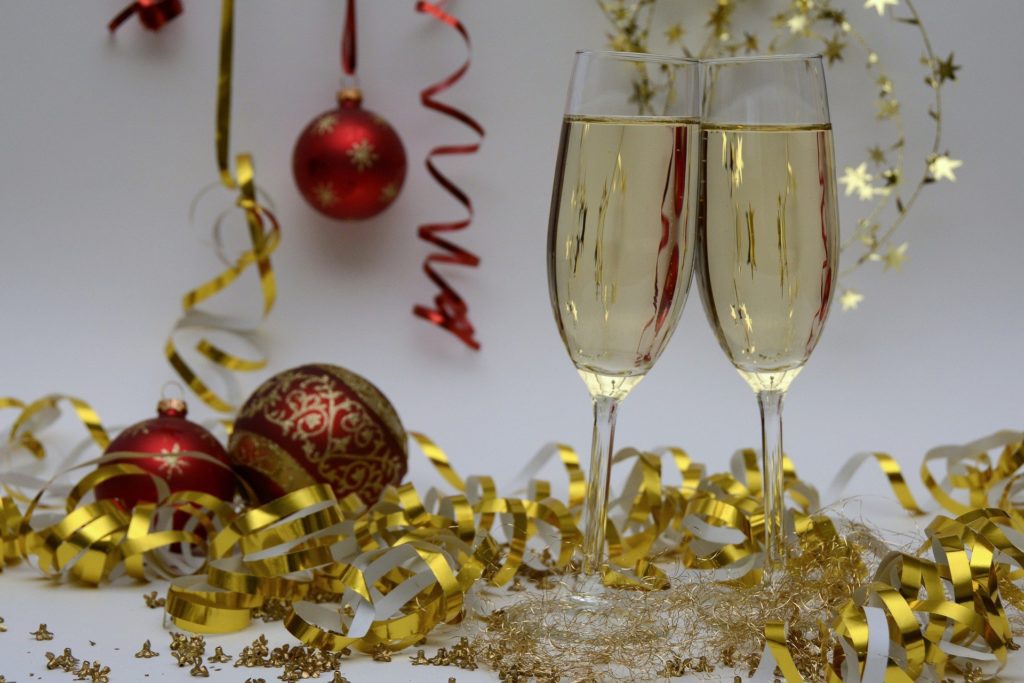 2020 is a year most people will gladly kiss good-bye. Hopeful for the new possibilities that may be brought in with a calendar change, people around the world are looking to ring in 2021 in a big way. Unfortunately, due to the global health crisis, New Year’s Eve celebrations are going to look different this year.

Lockdowns and government restrictions don’t have a put a damper on the festivities, though! In major metropolitan areas globally, tourism boards and local leaders are putting together celebratory displays to be broadcast for people to enjoy in the safety of their own spaces with their bubble. Plans and restrictions are still changing by the day due to the ever-evolving state of the pandemic, but as of the time of publishing, we’ve compiled a collection of festivities that are set to be enjoyed. Get dressed up, grab the champagne, and make sure your internet connection is strong — the new year is coming in hot and virtual!

Auckland, New Zealand, is one of the first major cities to ring in the New Year, and since the nation has handled the global pandemic so well, it is one of the few cities that will be going ahead with its celebrations as planned. The city’s famous landmark, the SkyTower, is set to host its usual display of animated lights, lasers, and fireworks. It’s also reported that other light shows will be scheduled throughout the country.

All of these shows will be broadcast in an attempt to boost the tourism sector by promoting New Zealand’s many beautiful destinations to future tourists. On the proposed list of highlighted spots along with Auckland are Queenstown, Wellington, Napier, and Dunedin.

Nearly 100,000 people have hit the streets of London for the city’s fabulous New Year’s Eve fireworks show in previous years. Due to another spike in the number of coronavirus cases in the U.K. that has forced a Level 4 lockdown in London, this year, the typical celebrations have been cancelled. The Mayor of London has assured the public that he is working “to ensure that we usher in the New Year in London in a spectacular but safe way”, including a live broadcast of the highlights of the year including Captain Tom Moore’s fundraising walk and the Black Lives Matter protests, as well as some sort of virtual lights show.

Details are still pending, but London’s Mayor, Sadiq Khan, has made it clear that, with an estimated 12 million people audience, some form of a show will go on. “Particularly during a recession, we need to continue investing in our city and people coming to London.”

Last year, the public petitioned for its city’s famous fireworks to be called off out of respect for the bush fires that raged. Still, the show went on. So it comes as a bit of a surprise that this year the 9 o’clock fireworks have been cancelled. This year, New Year’s Eve festivities are currently in limbo due to recent COVID cases, but the plan is for the Sydney Harbour Bridge to showcase a fireworks display at midnight to the public, which will also be broadcast on the ABC television network for a global audience. The later time slot is an attempt to keep crowds from forming early. Along with a time change, there will also be a few new regulations at play.

Crowd numbers will be under strict control around the iconic waterfront this year, with access granted only to those who have confirmed bookings at nearby venues. There will also be additional public transportation to accommodate those needing a ride and granting them more space onboard buses and trains. Anyone utilizing public transportation options is required to wear a mask. Those who wish to celebrate from the comfort and safety of their own homes can gather in groups of up to 10 people.

Vienna takes New Year‘s very seriously. Known as Silvesterpfad, Vienna typically transforms itself into a glittery, gleaming hub of holiday spirit. It’s a massive, citywide party for all of Vienna’s residents and visitors.

Currently, Austria is experiencing a second lockdown. This has coincided with Vienna’s tourism board announcing that the celebrations would be taking a break to avoid crowds gathering and cases spiking once again. As a token of compromise, the beloved Vienna Philharmonic Orchestra’s traditional New Year’s Eve concert will be broadcast on television.

Since its inaugural drop in 1907, millions have huddled each December to watch the famous ball drop in New York City’s Time Square. The United States has had major trouble containing the spread of the Coronavirus. In order to prevent further spread of coronavirus, Times Square is going to be blocked off to make it inaccessible to the public.

The event will, instead, take place on an app. Spectators who download the app will gain access to musical performances, a light show, and hourly countdowns to fill their last hours of 2020. The president of the Times Square Alliance, the organization that puts the event on, has made it clear that while not the same, the app will feature “new and enhanced virtual, visual, and digital offerings.” If you’d rather just watch the ball drop at midnight, you can tune into TimesSquareBall.net.

The trend for this New Year seems to be twofold. Cities are looking to keep their residents and any visitors that may be traveling at this time safe by increasing their health and safety measures. Most people will agree that the best way to bring in the next 365 days is to take every precaution to eradicate COVID so that life can feel free and festive once again.