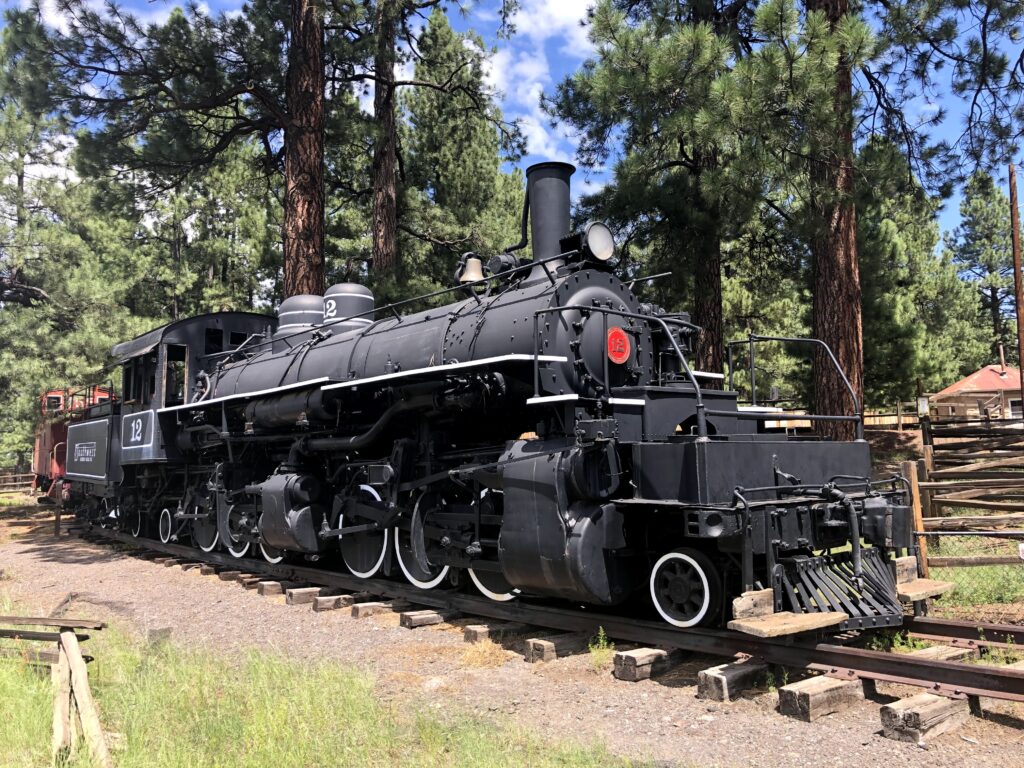 It’s been a long time since the golden age of rail in North America. With the push to further develop airplanes during World War II, travel after the war became much faster and easier by air. Still, there’s something about trains that continues to spark a sense of adventure and romance in our collective psyche.

While many of these train activities are rooted in nostalgia, there are still plenty of modern-day travelers who not only enjoy trains as a means of transport but also the object of entire vacations. From riding on trains to photographing them, here are some ways that you too can join in railfan tourism.

The most obvious way to experience tourism by rail is to actually ride a train. Even in the age of cars and planes, there are many ways to do this! Amtrak trains are the most popular way to ride the rails in North America, whether you’d like a cross-country trip or a quick getaway.

If you’re looking for an experience rather than transport, there are plenty of short trips for railbuffs to enjoy, too. According to Planetware, the Grand Canyon Railway is the top-rated train experience in the United States. This one-day round trip includes three hours at the Grand Canyon and a Wild West shootout! The Durango and Silverton Narrow Gauge Railroad and Great Smoky Mountains Railroad are two more excellent options.

You don’t have to ride a train to have a railroad encounter. Train stations across the continent offer railway experiences. In New York’s Grand Central Terminal, for example, you can take a look at transport icons such as the Information Booth Clock and the Main Concourse Ceiling. Or, find a smaller station, like Flagstaff, Arizona’s Visitor Center, where you can watch the trains go by, stock up on railway souvenirs, or pay a quarter to watch the model train chug around the room.

Whether located in new buildings or old train stations, railway museums offer everything from train rides to educational activities to restored rolling stock. On the east coast, visit the family-friendly Baltimore and Ohio Railway Museum, located where the first stone of the commercial American railroad was laid nearly 200 years ago. Or, head to Ontario for the Halton Country Radial Railway, which offers rides, ice cream inside a repurposed train car, and a huge collection of refurbished transport. Another great option is the Virginia Museum of Transportation, a collection that includes an expansive rail exhibit, including Norfolk & Western Class J-611 and the Class A-1218.

Trainspotting is a hobby with a long tradition. According to Tripbase, it began in the 1940s, when a rail station employee created the Loco-Spotters Club and created a booklet to help train enthusiasts keep track of the trains they observed.

Today, trainspotters still enjoy tracking the trains they see, although the method may be digital rather than paper. Since nobody could keep up with every type of train from every era, most people choose a train spotting niche, such as a time in history or a particular location.

Some of the best train spotting locations include Folkston Funnel Railfan Park in Florida, Crossroads Park in Ohio, and Homewood Railroad Park in Illinois.

Not everyone who is serious about finding trains is a trainspotter, however. Many photographers, both professional and amateur, enjoy focusing their energy—and their lenses—on trains. Ideal locations for train photography feature a clear view of the trains coming from a distance and some perfectly positioned seating. The Matteson Metra Station in Matteson, Illinois, for example, offers covered seating and multiple vantage points to photograph trains coming through the junction.

Jonathan Higgins of the blog Train Aficionado believes every railfan needs a radio scanner. Why? Because without a scanner, you’ll often be left guessing when a train will pass by. Using a scanner, you can listen in to trains and dispatchers talking to one another and find out when you can expect the train to arrive.

Train scanning can also be a hobby in and of itself. Many railbuffs enjoy monitoring communication from passenger trains, train crews, dispatchers, construction crews, and even railroad police.

Wandering around abandoned infrastructure is not always a great idea. However, finding and photographing unused tracks and trains can be a fun way to add interest to your Instagram feed and explore new places, as long as you use caution and avoid trespassing.

An abandoned trestle on the Kettle Valley Railway in British Columbia is a popular photo-op for those who don’t mind a drive and a hike, while searching out the overgrown steam engines in North Maine Woods is a fun way to step back in time. To find unused tracks near you, visit the Abandoned Rails website.

If you’re looking for a train-themed destination but want to enjoy other attractions as well, why not make a trip to a railway town? Head to Folkston, Georgia to see trains as well as the Okefenokee Swamp. Omaha is an excellent destination for a fun Midwest experience, and Carson City, Nevada offers plenty of fun from bicycle trails to antiquing.

Why Be a Railfan?

Train tourism is an important aspect of travel, despite modern North American transportation systems that threaten to render rail travel archaic. Railfanning allows travelers to gain a deeper understanding of history, architecture, geography, economy, and art. When you chase trains, you’ll have experiences that you could never have by other means of transport. So why not give it a go?