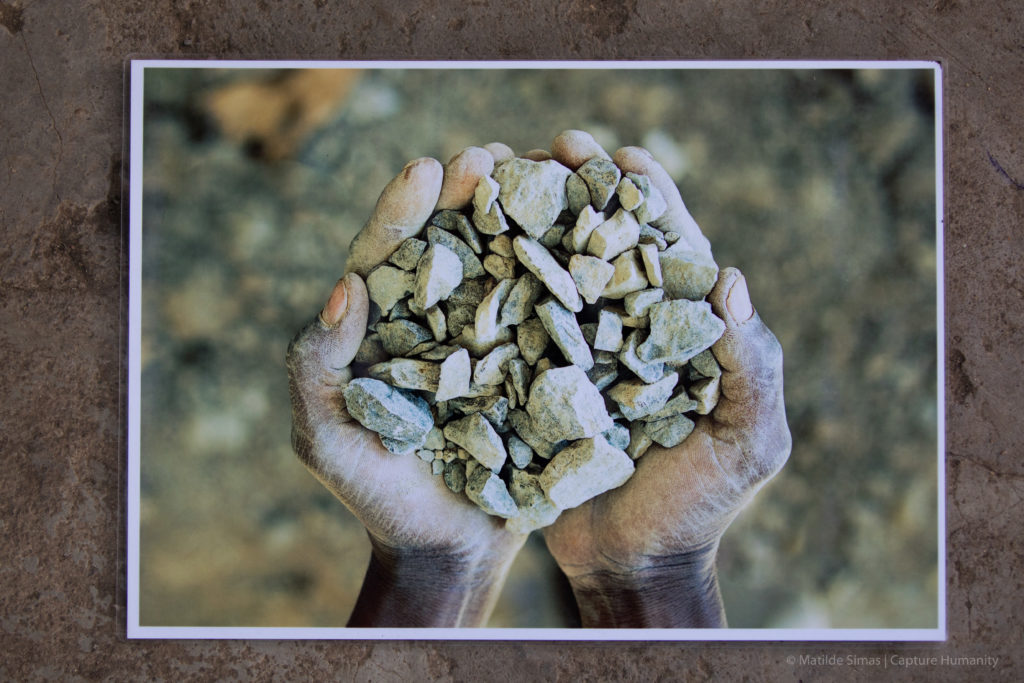 Imagine a seven-year-old girl, spending her days not in school, but cooking and cleaning for a family in a wealthy suburb. Or a young mother struggling to make ends meet, lured away from her children by an employment agency and forced into sex work abroad. For millions of people, this is a reality.

Human trafficking takes in a whopping $32 billion annually and affects about 2.5 million people at any given time, according to UNICEF. But despite its place as the second largest criminal industry in the world, human trafficking receives far too little attention from the international community.

Though the issue isn’t relegated to any one part of the world, in Africa, Kenya is battling particularly high rates of trafficking. Here, an estimated 41.3 percent of children between the ages of 10 and 14 are exploited for forced labor. Women and children are also vulnerable to sex trafficking, which comprises about a quarter of all human trafficking cases, according to the National Crime Research Centre.

Kenya is a nexus of trafficking in East Africa, as young Kenyans and an influx of young people from neighboring countries compete for work opportunities. It makes for easy pickings for traffickers, who use the promise of good jobs to draw their victims into domestic servitude, agricultural labor, sex tourism, and a host of other terrifying situations.

A Light in the Darkest of Places

Nairobi-based nonprofit HAART Kenya is working to change all of this. Through a model that involves prevention, protection, and policy cooperation, the organization is taking direct aim at the issue from all angles.

It starts with raising awareness through educational grassroots workshops, of which HAART hosts about 20 per month in rural and slum communities with high unemployment and poverty. Over the course of two hours, community members learn about topics ranging from basic human trafficking to safe migration. In a country where many residents accept child trafficking as a normal practice, it’s hard to overstate the importance of this type of education.

Program Manager Jakob Christensen explains that trafficking in Kenya isn’t generally carried out by organized criminal groups – though they do exist. More often than not, it’s simply one person exploiting another. “In many cases,” he says, “it is someone the victim already knows, such as a relative, a neighbor, or a friend.”

Unfortunately, most victims don’t even understand what’s happening until it’s far too late. Stuck deep in a web of secrecy and lies, they struggle to figure out how to escape.

HAART offers a tip line for those who wish to report suspicious activity or suspected trafficking. Christensen notes that the tips often come in as a result of information learned in the community workshops, as people are more aware of what trafficking is and how to identify it. It’s a sign that their outreach efforts are working.

The real work for HAART begins after law enforcement conducts rescue operations. They collaborate with grassroots partners and volunteers to identify the human trafficking victims, then work to establish trust and create a case file with as many details as possible. Victim support services are based on individual needs and range from psychosocial counseling and economic empowerment to education and job training. The main focus, of course, is healing.

Still Work to be Done

For the first time since 2015, the Kenyan government allocated funding for human trafficking victim assistance. It’s a good start, but the country has a long way to go if it’s to win the battle against trafficking.

Authorities still treat many human trafficking victims as criminals, and there’s limited availability of protective services for adult trafficking survivors. Some officials are even complicit in these illicit activities, enabling traffickers to obtain fraudulent identity documents. And despite credible reports of this kind of corruption, investigations are few and far between.

Traffickers who do get caught often get away with little more than a slap on the wrist, as the government routinely tries their crimes as immigration or labor law violations, rather than under the country’s anti-trafficking law. These lax sentences mean that traffickers are back on the streets in no time, allowing the cycle to continue.

Nonetheless, Kenya is increasing efforts to prevent trafficking, including capacity building for officials, promoting anti-trafficking awareness, and developing community outreach programs. The government has limited resources for this type of work, though, which means that organizations like HAART must remain at the forefront of this critical fight. Matilde Simas is an American documentary photographer and the founder of Capture Humanity. Her work focuses heavily on the beauty of the human spirit and aims to show the dignity of every subject. Matilde’s travels have brought her around the world, where she examines the theme of human rights and attempts to capture the resilience of human beings. She has received numerous awards for her work, including the 2018 International Photography Award in the social cause and culture/traditions categories. Her prints appear in collections including the African Union and the Kenya National Archives at UNODC, and her work has been featured in publications such as The Guardian, Social Documentary Network, and Black & White Magazine.  To view more photography by Matilde Simas please visit: www.matildesimas.com